I’M ON MY WAY TO NEW YORK AGAIN!

For the first time in my entire life, I haven’t set foot in New York for…three whole years! I moved out to Los Angeles as a teen-ager, but as my parents were lifelong Brooklynites, I went back home at least twice a year. And then from 1999 (when my father died,) until 2014, (when I finally gave up my childhood home that I cleared out for three years after my little mo became an angel,) I was basically bi-coastal; I went back and forth constantly. 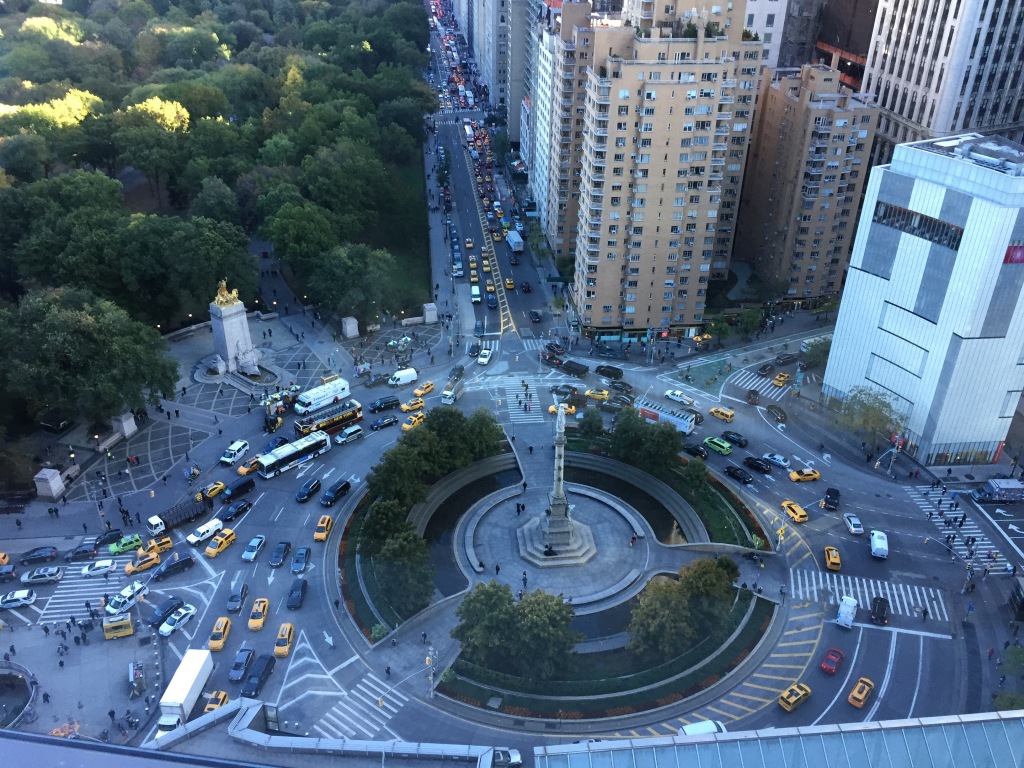 View of Columbus Circle from the Mandarin Oriental. Photo by Karen Salkin, as is the one at the top of this page.

So after that, without having the comfort of my own house and car there, I stopped going to the Big Apple. I did pay one three-week visit three years ago, and, shockingly, had the time of my life! I had dreaded that trip, but it worked-out better than I could have ever hoped. To this day, I can still tell you what I did every day and night on that trip—it was that special.

And then…I haven’t had time to go back there since! Until today, that is! 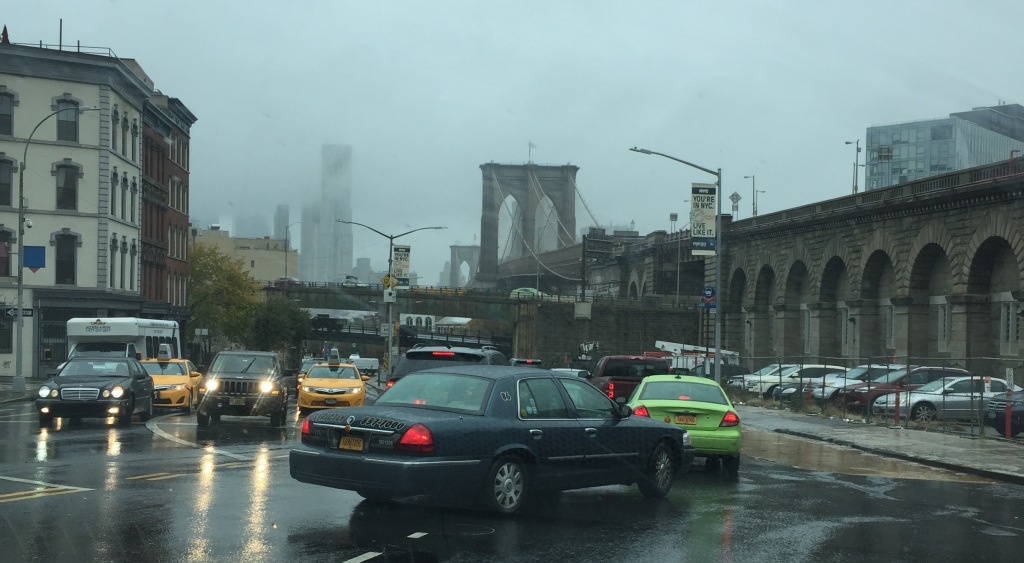 On the way to the Brooklyn Bridge in the rain. Photo by Karen Salkin.

So, wish me luck! Even though everyone thinks of me as the most confident person, I do get a tad nervous when I’m sort-of at the mercy of others. And in such a gigantic city where I have so many fewer pals and business contacts than I do at home.

I am planning on having lots of big city adventures, though, so keep checking this e-zine for those tales. I intend to review restaurants, parties, plays, and anything fun, in general. (But first, I still have a few Los Angeles events to tell you about this week.)

I want to thank a few of my east coast peeps in advance, including my thankfully easy-going host Manny, my friend Lauren who looks-out for me like a sister, and Sheila, my most fun friend who’s more on my wavelength than just about anybody else I’ve ever known!