I attended the Broadcasting & Cable Hall of Fame Gala in 2016, and had such a good time, (mainly because I finally got to meet my favorite broadcaster, Charles Barkley,) that I was thrilled to be invited back every year since. And disappointed that I had no time to make it back to the East Coast until now.

So I was happy that, once again, this fabulous event coincided with my very recent Fall trip to the Big Apple! 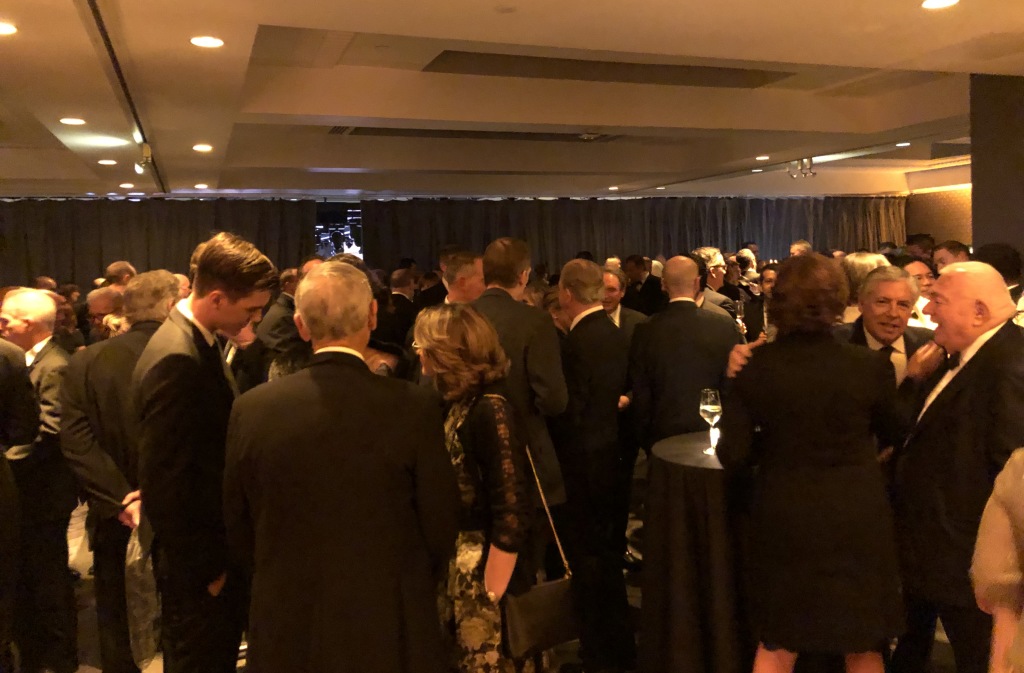 The event was a bit different this time, and perhaps even more beautiful. It was held in a new venue to me, the Ziegfeld Ballroom, which is right in the heart of the Theatre District, which was perfect for me, because—here’s a shock—I was once again overbooked; I was reviewing the incredible Broadway musical, Tootsie, that same night. (In case you missed it, here’s my review of Tootsie, which is, very sadly, closing soon: itsnotaboutme.tv/news/theatre-tootsie.) So the new location of the gala made the entire evening really convenient for me. (Even though, as the title of this e-zine states, it’s not about me.) 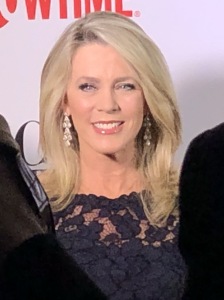 So just who is it about, you may ask? The answer is the over two dozen people in the broadcasting industry who were inducted into the 2019 Broadcasting & Cable Hall of Fame that night. And I’m glad to report that most were not famous, (except to probably others in their line of work.)

The most known of the honorees at this the Twenty-ninth Anniversary Gala was Meredith Vieira, along with the correspondents on Dateline, which I admit that I do watch on occasion, (usually when I need reminding of just how wonderful my own life is!) Most of the others were Presidents and CEOs of networks and studios. Of special interest is that one of the hosts of the evening was Deborah Norville, who had been inducted herself the last time I attended it in 2016! So she’s come full circle with the Broadcasting & Cable Hall of Fame! I like that symmetry.

Kerry Washington. Photo by Sheila Tracy, as is the one at the top of this page.

As we were leaving, we saw Dateline’s Keith Morrison (who is much taller than we expected) get off the elevator, and he gave us a big smile when he heard my associate mention his name. That was good to see. I’m just glad he didn’t grill us!

And everyone seemed delighted that the uber-thin Kerry Washington was there, as well. I kept hearing people gush about how beautiful she is.

Since, as I already alluded to, I was triple-booked that night, (what else is new, right?,) we were able to be there for only the cocktail portion of the evening, which was served in the upstairs bar area, overlooking the stunning ballroom where the actual dinner took place. But that was gratifying enough for us.

And the hors d’oeuvres were phenomenal! I have no idea how anyone still ate a full dinner after even just a few of those tasty treats! There were tiny tidbits of short rib; mango sushi, (which was fun because I don’t eat raw fish, so I rarely get to try any sushi); mini lobster rolls; lamb chops with a pretzel stick as the bone—how adorbs; crab cakes; gorgeous caviar on a champagne cloud; and my fave, (on both levels,) the cleverly-named “Fig in a Blanket,” which contained a fig in place of the usual mini hot dog!

There were also containers of potato chips and hollowed-out chick peas on the bar, with little bamboo dishes to put the snacks into instead of a gauche napkin or, even more gauche, your hand. (Though I did spy a few nescients doing the latter.) 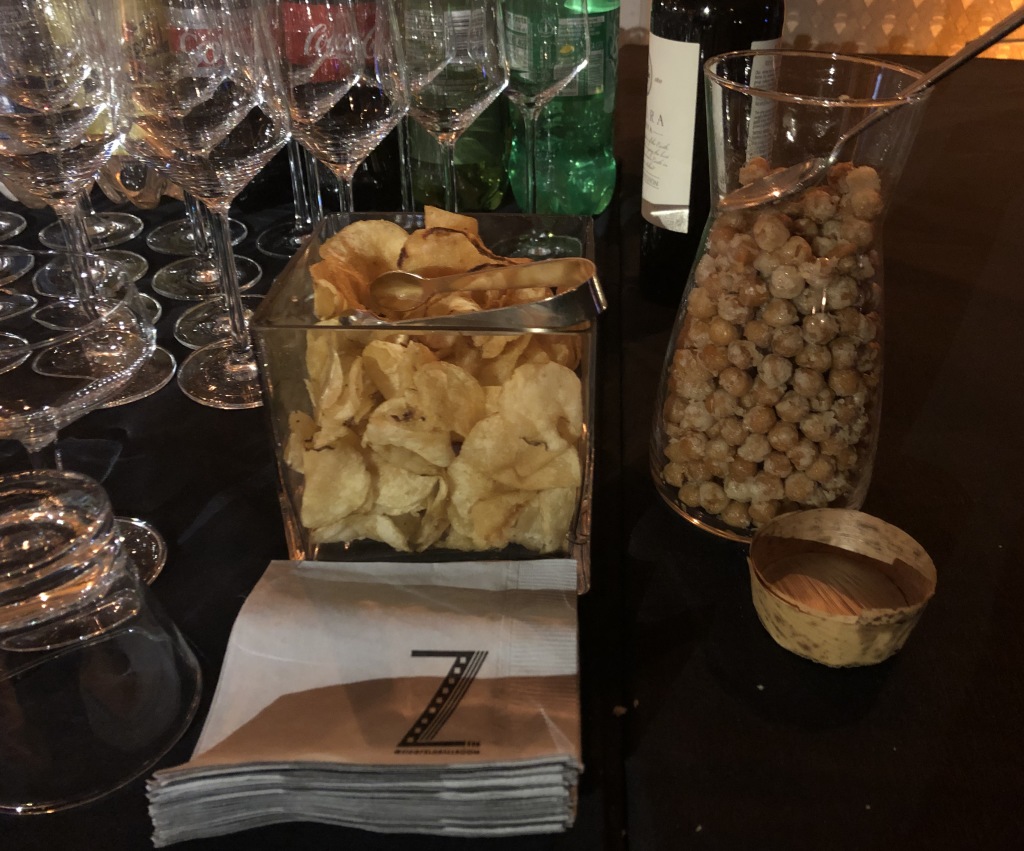 All the while we were entertained by lovely non-intrusive music provided by a live strings trio.

And here’s more good news—just about every member of the assemblage was appropriately dressed-up and looking marvelous, like the glitterati in a grand movie. Even on a very rainy evening. You know I loved seeing that. 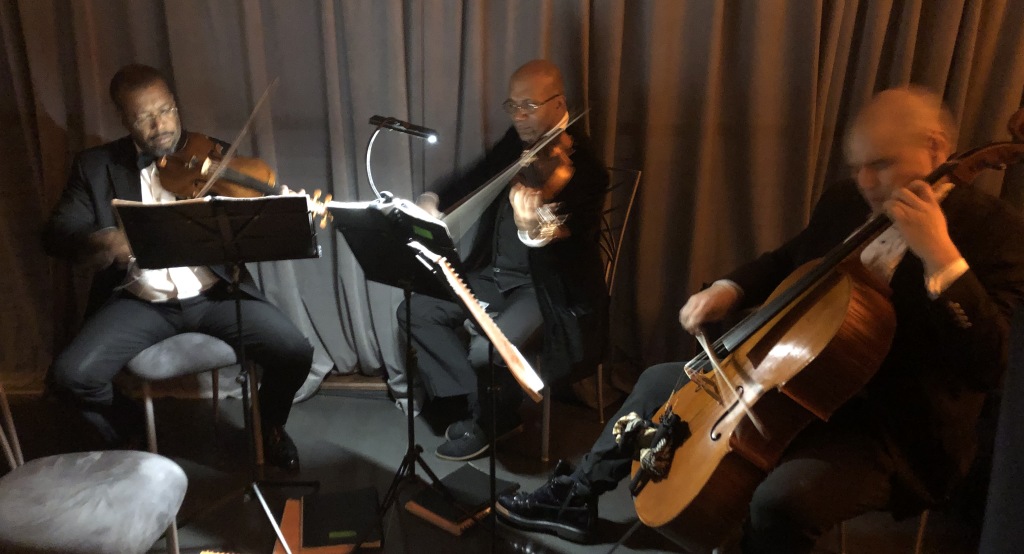 I say this next part with my tongue firmly planted in my cheek, but I know that some of you have been waiting since 2016 for me to discuss this, so here goes: To those fans of my former Los Angeles cable television show who read my write-up of this Gala three years ago, and wrote to ask me (I’m sure jokingly, although I appreciate the love) if I’ll ever be inducted into the Broadcasting & Cable Hall of Fame, (since I fit both the “broadcasting” and “cable” requirements,) I say do not hold your breath. Even though Karen’s Restaurant Revue is often referred to as “the original reality show,” most New York peeps are not even aware of it. I have a feeling I won’t ever be recognized for it again, except posthumously, so, knock on wood, that’s too many years away to even think about now. (And achieving my lifelong dream of being on The Tonight Show with Johnny Carson multiple times is career recognition enough to last a lifetime! I don’t ever need anything else.) I’m just thankful to be included among the beautiful people when I’m in Gotham. 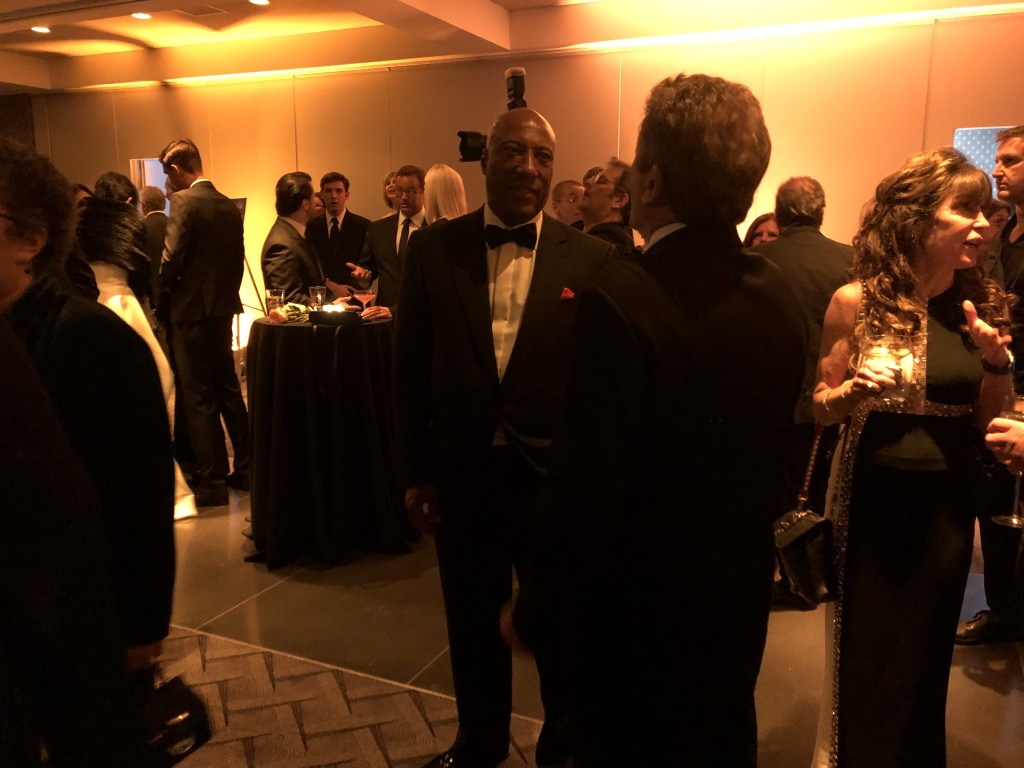 More of the guests, with inductee Byron Allen in the center. Photo by Karen Salkin.

Now that that nonsense is out of the way, let me earnestly congratulate both the inductees and the people who put together this exquisite event, which was one of the best celebrations I’ve ever witnessed. I just hope to be in New York again for their 2020 rendition!

Okay, now you know what went on at the 2019 Broadcasting & Cable Hall of Fame Gala. But if you’re still curious, you can find the full roster of inductees right here: www.broadcastingcable.com/news/b-c-names-29th-annual-hall-of-fame-class.