[Note: After yesterday’s Trump supporters’ serious insanity, I thought long and hard about publishing this already-written frivolous column today. So if you’re at a point where you can’t yet wrap your mind around anything other than what is becoming of this country right now, just save reading it for another day. But if you’re in great need of some good laughs right about now, I hope these observations do the trick for you.]

In a world of sooo many uber-important topics, (e.g. the horror at the Capitol yesterday, the rise of covid cases, rampant crime being worse than ever, Orange Hitler still declaring he won the election and pardoning so many of his fellow evil-doers,) this one is absolutely not in that category, by any stretch of the imagination. But it’s so entertaining that I felt the need to start off the year, (after my Happy New Year column, of course,) by weighing-in on it. 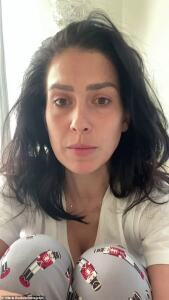 Hilary Hayward-Thomas, aka Hilaria Baldwin, in her latest lying video.

So, in case you’ve missed this head-scratching saga that is just not going away anytime soon, here’s the gist: Alec Baldwin’s wife, who calls herself “Hilaria,” (which she pronounces “Iladia,”) and has been pretending for years to be from Spain, complete with a Spanish accent, is actually Hilary from Boston! Why would someone so public lie about that? She must be insane, in addition to being what appears to be a pathological liar! I can see maybe high school students doing this as a gag, (and I myself pretended I was engaged to Paul McCartney…when I was something like ten-years-old!,) but why would a grown woman do it, especially if she’s married to a bona fide celebrity??? She must be missing a synapse or something.

I have so many questions about the entire charade. (Please pronounce that as “sha-raahd,” just in keeping with the theme of phony accents.) And the list grows longer every day. If the Baldwins thought this would all just go away with the next news cycle, they have another think coming. New info comes out every day about their craziness!

I really want to know when Alec knew about his partner’s deception. In 2013, on David Letterman’s show, (and more recently, I believe just a couple of weeks ago, on a podcast,) Alec said, “My wife is from Spain,” and he even did her “Spanish accent” when he was quoting her.

Yes, you read that right—“her Spanish accent.” Her fake one, of course. She’s used it in several interviews over the years; I’ve seen many of them now that this has all exploded in her face. (I’ve done some of the research for you, such as this clip: www.youtube.com/watch?v=YkaW3acUp7Q, but if you need more laughs than this column is providing, you should look up some more for yourselves; they’re hilaria-ous!)

So, has Hilaria been bamboozling her husband for the entire almost-decade of their relationship? Or is Alec just a non-truth-teller, as well?

Actually, it’s refreshing that for once an American is using a fake Spanish accent, as opposed to the fake English ones affected by Madonna and Oprah Winfrey. 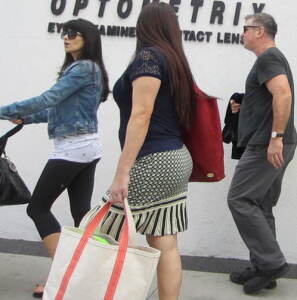 Hilaria and Alec Baldwin walking in Beverly Hills a few years ago, with someone in the middle. (And no–that is NOT me! She and I do have similar good long, straight, dark hair, but I’m not that big, knock on wood!) Photo by INAM staff.

I’ve met Alec twice, (more on those meetings in a bit,) but I never knew anything about this woman, outside of that she’s Alec Baldwin’s second wife and has a bunch of kids with him, none of whom he’s called a “little pig,” (that we know of,) as he did his daughter from first wife, Kim Bassinger. (Here’s the entirety of his abusive phone message to his at-the-time twelve-year-old daughter: www.youtube.com/watch?v=8J0-ZatDHug.)

I have no problem with people changing their names—entertainers do it all the time, as have a few regular people I’ve known. That part of Hilary’s deception is not a real issue for me. (But she thinks she’s tricking us by declaring the change is no big deal because her new name is just a few letters off from her real one, which doesn’t really fly because she pronounces them totally differently.)

But she’s lied about her entire life story, all over the place, for at least a decade now! She’s claimed that she grew-up in Mallorca, and didn’t come to the United States until college, when she was nineteen. Did she not know we’d find-out? Did she think she was living in the times before computers and social media? Everything she’s said about her family and upbringing is a lie! This is cultural appropriation to the nth degree!

How is this not considered to be on a par with the supposed “race-fakers,” those two white women (former NCAAP Chapter President Rachel Dolezal and former GWU professor Jessica Krug,) who have become infamous for making believe they’re black? And they weren’t faking being exotic, as Hilaria Baldwin has been—they were passing themselves off as being in a very oppressed minority, which would seem to make their lives harder! 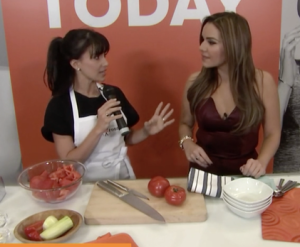 The TV show where Bostonian Hilaria Baldwin (she’s the one on the left, in case you had no idea who she is, either,) asked how you say “cucumber” in English!

And now Mrs. Baldwin is trying to pretend she never said she was from Spain. But there are way too many videos of her doing just that, complete with the accent! In one cooking segment, she even asked how to say “cucumber” in English!!! Live on air! How is she denying all that now? (Here’s the link to those few moments: www.youtube.com/watch?v=mu5-OqiNO7k.)

To make sure I was being fair here, I watched a plethora of clips, and even Hilaria’s over-seven-minute-long rambling Instagram video, where she was supposedly clearing-up the whole subject. She kept saying, “I want to be very clear here.” But she wasn’t clear about a thing! Not one little thing.

And then crazy Alec had to get in on the act and make his own rambling video, defending his wife, basically saying the press is lying about her. He literally said, “Consider the source.” He is correct about that—his wife is the source! And a liar! So has he believed her fake origin story for the entire nine years now? He’s sure sticking-up for her.

Even worse to me, in some ways, is her utter and obviously-thought-out deviousness in trying to make her untruths be a tad ambiguous, in case she was ever called-out on them, as she is being now. For example, on a New York podcast, she said, “I moved here when I was nineteen, to go to NYU.” When one of the hosts then asked, “From?,” Hilaria cleverly and deceptively answered, “From? My family lives in Spain, they live in Mallorca,” making it seem like that’s where she’s from, rather than the honest answer, which is Boston. She’s so creepy. (Here’s that exchange, if you want to see it for yourself: www.youtube.com/watch?v=T1UyCryRV7o.) 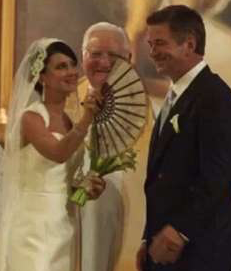 The wedding of Hilaria and Alec Baldwin, into which she put Spanish accents, such as the “pericon” with which she’s fanning her husband.

In recent years, I had a bestie who, like Hilary, is also is a fluent Spanish-speaker from the East Coast. But never once has she claimed to be from anywhere other than New Jersey, even though her ancestry is Cuban. Never once did she make-believe she doesn’t know an English word, such as “cucumber.” And never once did she try to disguise her Jersey accent with a fake Spanish one! Obviously, no one but a sociopath would ever act like that!

Okay, here are my two Alec Baldwin stories. The first time I met him, I was playing his secretary on a movie way back in the day. (At my request, I was cut out. Long story for some other time.) I was shooting my scenes on a super hot day downtown. When I got to the set, everyone was complaining about Alec. They said he was very difficult to work with. While I was talking to the producer, Alec came over and started yelling that if no one else would move the catering truck out of the hot sun, he would do it himself. So even though everyone else hated him for all his complaining, I thought he was really nice for looking-out for the workers. So I had a good initial impression of him.

Later that day, I was sitting in a production vehicle, filling-out some papers, when I saw Alec walking towards the stage. I knew that when he worked I had to get back to work, too, since we were doing our scene together, and that the crew might not know that I wasn’t in my trailer. So, without having met him yet, I called out to him and told him I was playing his secretary, and asked if he knew if they needed us. He very nicely said that he didn’t know, but that he’d come get me if they needed us! I thought that was really great of the star to be so accommodating to the low man on the totem pole in the cast, moi. (Wait—does using that last word mean I’m from France?) 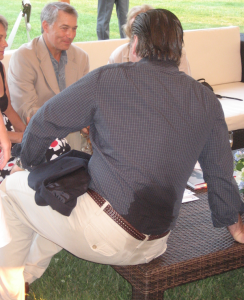 Sweaty Alec Baldwin in the Hamptons. Photo by Karen Salkin.

So over the years, I’d see stories about him, and I wasn’t pleased with his behavior, but I still had the impression from that movie set that he was a nice guy. So about ten summers later, I was in the Hamptons, at a very exclusive cocktail party thrown by Ethel Kennedy and her daughters. It was really intimate, so everyone who was there was considered to be somewhat important, (like the Kennedys and Harry Belafonte.)

All of a sudden, I noticed Alec, (with his very sweaty butt, I must add,) and a friend of mine encouraged me to go say hi. I wanted to tell him how nice I thought he was all those years before, so I bravely reintroduced myself. I said, “I have a nice story to tell you about yourself, although it was on probably your least favorite film you ever made.” He really wanted to know which one it was, so I told him. He immediately became a tad attitudinal to me, and he just kind-of walked away without even so much as saying so long. He made it all super-uncomfortable for me. And I was complimenting him; there was no reason for him to be so nasty. He put a damper on that whole evening for me. 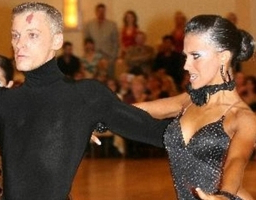 Hilaria and her dance partner, back in the day. I guess she was always intense!

Ever since that exchange, I have not been a fan of his. And every time I read about his bad public behavior, I totally understand. He’s kind-of turned into his own impression of Orange Hitler! And his newly-revealed incidents of untruthfulness where his wife is concerned just add to that conclusion.

There is soooo much more to say on this topic, including that Hilaria’s former ballroom dance partner has said that she’s always wanted to be Spanish, and many more instances of her fake Spanish accent. It seems that new info comes out on her lies every day, so I have a feeling I’ll be circling back to it soon enough. But it’s time for my afternoon siesta, so this will have to suffice for now.