Everyone, please leave poor Bruce Jenner alone already! Yes, I do realize that if he had not made himself such a public figure with all that “reality” show nonsense, he’d be able to live his life any which way he wants. But that still doesn’t make it okay for him to be universally mocked now. I just feel bad for the guy. 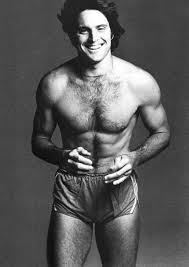 Look how gorgeous and manly he was back in the day!

Of course we’re all interested in this story, though! No matter how accepted changing your sex is now, it’s still something most of us can’t figure out. I believe that even the majority of gay people still want to be the same sex they are, and just be gay! Who you are sexually attracted to and who you are are two completely different animals.

Bruce Jenner’s story is really none of our business. But, since his celebrity is sort-of making it so, let’s all at least be supportive.

Here’s something interesting about the transition: I kind-of knew about it very many years ago! Circa 1990, (give or take a year,) I was at a big Beverly Hills business party, (populated by mainly entertainment biz denizens,) and one of the topics that came up at my table was Bruce Jenner’s looks. He was a semi-regular contributor (or frequent guest; something like that,) on a not very popular daytime “home ideas” type show, and he was looking like he was turning into a woman. I had heard that talk around town a lot back then. One of the producers of that show was sitting with us, and she said it was a known fact that he would soon be having a sex change! She was far from a gossip-monger, so I assumed it to be the truth.

So, I waited and waited, but nothing happened. I always wondered how she could have had it so wrong! I so remember her emphatic, “Oh, yes!,” when asked if that’s what he was going for. She didn’t seem to think it was a secret at all. 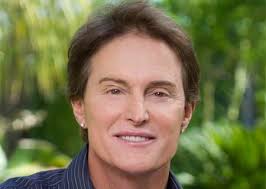 So, possibly he thought better of it at the time, and put those desires on hold. And now finally comes this confirmation. Good thing he had a head-start on the process; didn’t that uber-creepy wife of his cut-off his balls a long time ago?

Bad jokes aside, I can’t imagine what that poor man has been going through for these past two decades, wanting to do it then, but probably either being talked out of it by his advisors, or just flat-out being too scared of the consequences of a public person doing this. He was already a public figure due to his amazing victory at the 1976 Olympics, (as the Gold Medalist in the Decathlon, he was considered the strongest, most fit man in the world,) and was obviously trying to have a career as a host or frequent guest on talk shows; a sex-change would have been the death knell for all of that. I’m so glad he’s living in a time now where people are encouraged to be their true selves. And hopefully, with him being such a public figure now, this will help plenty of others who are suffering from body dysmorphia.

He’s doing this transition the smart way; it’s sort-of the “if you can’t beat them, join them,” philosophy. Better to let the world in, than to have them hounding your every move, (which they’ll probably do anyway, but perhaps not as intensely.) 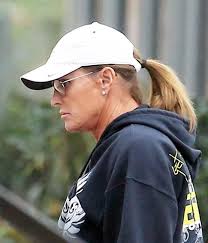 I can’t imagine what these people go through, especially one as famous for his former masculine body as Bruce! How much pain he most likely suffered his entire life! I feel terrible for him. To do something this drastic at this stage of his life must mean that he always felt like a female, from day one. How awful it must have been to have lived like that for sixty-five years. And to marry women and father children with them.

I could not even kiss someone I’m not unbelievably attracted to, (I don’t drink,) and this poor man has been having sex with women he’s most likely not physically attracted to, for something like forty years! (Unless he just wants to be a woman, but will then be a lesbian. I really don’t know how that stuff works.)

So, along with everyone else, I’m sure I’ll watch his interview with Diane Sawyer. (I’m so happy she has this to possibly lift her spirits a bit from the recent devastating loss of her husband, Mike Nichols. Getting this interview is a big coup for her.) And I might even possibly watch some of his new reality show, showing what he’s going through to become a woman, even though I’ve never, ever watched one before.

But the whole time, I’ll be cheering him on. And thanking God that I will never understand those feelings. I hope this story makes everyone grateful for his or her own life.