I rarely leave the house in March, due to March Madness, which I watch every second of! No lie. Then I have to rest up in-between game days. Ergo, not many celeb sightings that month. But, we got right back on track in April, so here are the highlights:

4/29/11 Susan Sullivan, who plays Rick Castle’s mother on the ABC hit Castle, at a luncheon held at the Beverly Hills Women’s Club. We had done a talk show together way back in the day, when I was first doing my TV show, and I must say, she’s totally recognizable from that time. 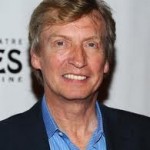 4/26/11 So You Think You Can Dance judge and executive producer, Nigel Lythgoe, greeting all the dancers in the audience on opening night of Burn The Floor. He was instrumental in bringing many of the performers in the show to the attention of the American public.

4/16/11 Mila Kunis dancing the night away with her manager in my box at the Hollywood Bowl for the Rod Stewart-Stevie Nicks concert. She was so regular, which is a good thing. I honestly didn’t even realize it was she for most of the time.

4/16/11 Valerie Bertinelli sticking to her diet while having lunch with her new-ish husband at Studio City’s Laurel Tavern. It looked like she had a chopped salad, but they did each consume two glasses of white wine. Perhaps they were lo-cal wines. 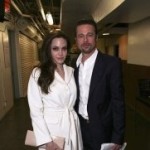 4/13/11 The biggest sighting EVER! Brad Pitt and Angelina Jolie! Sitting just four rows in front of me at the Ahmanson Theatre for opening night of God Of Carnage. They both had slicked-back longish hair and were as quiet and sedate as can be. I don’t get excited over any sightings, in general, unless it’s a sports guy or someone I have a slight celeb crush on, (Simon Baker, Hugh Jackman, Tom Welling,) but I was positively giddy over this one. They’re my favorite couple ever. I love their kindness and generosity, and am so thrilled that they found each other in time to share their riches, including of spirit, with so many children. 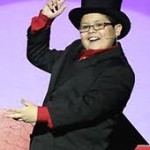 4/10/11 Modern Family‘s Rico Rodriguez, the only person who’s at as many events as I am(!), perking up the awards show for the Academy of Magic Arts at the Hollywood club Avalon. That kid really gives it all every time out.

4/3/11 Martin Short in the downstairs lounge of the Mark Taper Forum on opening night of Burn This. I was so glad to see him out and about and looking snazzy after the loss of his beloved wife of so many years last summer.