I always look forward to the new Fall TV shows. But I think this may just be the first year I haven’t loved any of the baker’s dozen I’ve viewed so far. I think the only survivor into my regular viewing will be Black-ish, but that’s it. Here are my reviews on all the shows that have been aired to date, (keeping in mind that, although Mr. X and I had one of the only real satellite dishes in Los Angeles back in the day, I’ve always been a network-only kind-of girl): 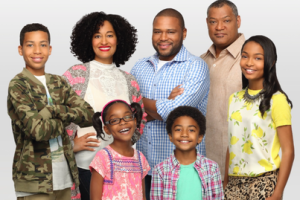 Black-ish  (ABC)–I was really expecting to hate this one, (an opinion based on Anthony Anderson’s last sitcom attempt–the dreadful 2012 Guys With Kids,) but Mr. X and I actually laughed. We’ve both been involved in the “urban,” (as the show amusingly puts it,) world for most of our lives, so I was worried this show would be somewhat weird or offensive. But, it actually handled the world of successful black families perfectly. I don’t think any ethnicity can be offended by it. And the acting is all good. This one gets a definite season’s run from me. As of now.

Forever (ABC)–Even though I’ve seen this show a million times before, in other incarnations, (funny I should use that word about a show where a man dies and comes back to life immediately, for the past two centuries,) such as New Amsterdam, and every vampire show ever made, I’m a sucker for non-painful detective shows. But it’s very derivative of Elementary, with a smart English dude who observes ever little detail, and deduces whodunnit based on that. This one is very formulaic, but that’s what my always-busy mind needs in these TV shows. Forever is not clever, but easy, and it’s a mystery, so, although I was ready to turn it off in the first ten minutes of the pilot, I’m in for awhile longer. Which means, it should get cancelled really soon.

The Mysteries of Laura (NBC)–This one has an iota of promise, if I can take Debra Messing thinking she’s so cute and funny. She’s actually neither. (And she needs to stop appearing in a bathing suit and underwear, thinking she’s so svelte just because she’s not as big as a house anymore; everyone who’s seen even the ads for the show are making fun of her!) But, Josh Lucas is. At least cute; the jury is still out on funny. I’ll continue with this one because I’m a benign-murder-procedural junkie. The most annoying thing about this show is, shockingly, not Messing! It’s her character’s twins sons. They’re really too destructive and rotten for audiences to enjoy. I kept rooting for Adrian Peterson to show up, if you get my drift. (What? Too soon?)

How to Get Away With Murder (ABC)–Viola Davis and I were in the same college theatre department, and are both very friendly with our former professor, Dr. William Hutchinson, so I always feel a kinship to her, and want to support anything she does. This one may be a bit hard, though, even though I do think it will last the season. But I was bored to death for the first fifteen minutes or so of the pilot. It finally got somewhat interesting about forty minutes in. The story itself is sort-of confusing, and not very well done. And it was very weird to have her say that she and her husband were “talking about having a baby!” Isn’t Viola around fifty??? But it is, by far, the best she has ever looked, so big props to the make-up people! 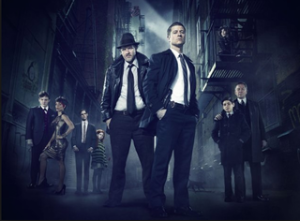 Gotham (Fox)–This Batman-prequel is the only yin-and-yang show of the season for me. I like the old-timey feel and look of it. But it’s way too violent for my taste. And I need the time and cast of characters more defined. There were no cell phones back the day, which is what I thought the timeframe of this story was, especially from the look of the cars. So, if it’s supposed to be modern-day, for some reason, the look is all wrong. I hate being this confused. (I know it’s supposed to be all comic book-y, but I still want to know what’s up.) Also, the pilot started-out so sad, with us having to see Bruce Wayne’s parents get killed. I will go back for more, for awhile at least, but I’m not really ready to see Ben McKenzie, the hero of my favorite show of all-time, The OC, be a grown-up yet.

Gracepoint (Fox  )–This murder mystery is definitely interesting, but time is portrayed terribly. In the first episode, they finally say the dead body was found at 6:42AM. So let me get this straight–the entire town is awake, and at work, and in the middle of a school field day, before 7AM?!?! How unrealistic is that??? A big city couldn’t even do all this in one day, so how does this little town, that never saw a homicide before, get it all done in the space of a few hours? And they’re all wearing at least fall attire, so it wouldn’t stay light out that late. Even if they did have really twelve hours, they could never accomplish so much of what was portrayed, in a sleepy little town. And why does no one there wash their hair??? The lead detective is so dirty-looking. There’s no need for that. Real-life little towns all over should be offended by the portrayal of everyone as not caring about their looks. The old man police chief is the only one with clean hair! Oh, and the young girl reporter from the big city, too, of course! And the father of the deceased boy is a plumber, so why does he have the cleanest nails ever??? (By the way—I give the actor big props for his clean hands!) The show kept my attention, and I’ll, of course, watch all ten episodes, (even though it should be billed as a mini-series, and not a new Fall show,) but there are so many inconsistencies. It’s a pretty town and beach, though. (Slight spoiler alert, of a great line: When describing the horror of losing her child, the mother says, “I feel so far away from myself.” What a great line! Props to the writer who came up with that one!)

A to Z (NBC)– This show’s pilot, about the start of a relationship, (that we’re told is actually ending at the end of the season—if the producers aren’t expecting to it last beyond that, why should the audience get invested?,) was weak, but sort-of okay. The guy is really cute, though. The girl probably is, too, but Mr. X said she isn’t, and I can’t take her teeth. (Great review, eh?)

I COULDN’T FORCE MYSELF TO CONTINUE

Bad Judge (NBC )–What an aptly named show! They could have even left-off the second word. I couldn’t make-out a word the star, Kate Walsh, said! All she did was slur. I guess she thinks that’s supposed to be how her character would do it, but if the audience can’t understand you, it’s a wash. This is, perhaps, the best of the worst, though. The whole pilot was pretty weak, but I may try one more episode, if I can find the time. The people involved in making this show better hope they never come up in front of a real judge–they’ll have the book thrown at them!!!

Manhattan Love Story (ABC)–In this day and age of super clever and funny sitcoms, like Modern Family, New Girl, and Big Bang Theory, crap like this is totally inexcusable. Period. 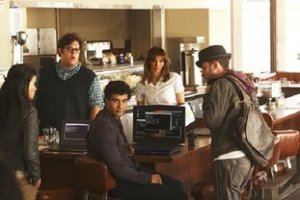 Scorpion (CBS )–This–I guess action–show actually did grab me from the first minute. But then it started to resemble the MacGruber skits on SNL. And it got really sappy, especially at the end. So, it would take that whole team of geniuses to invent a way to get me to watch another episode of it.

Selfie (ABC)– I could not make out a word the girl on this show said. Everything was a fast aside. And it’s a bad premise to begin with. I think they were trying to make it a Pygmalion story, but someone that rude, selfish, self-obsessed, and clueless is not a sweet, uneducated flower girl. I know they’re trying to make it attractive to the younger generation, but many are already like this themselves, so it’s not funny to them. And the young ‘uns who are polite enough to not have anti-social behavior like this see it enough in our day-to-day lives, and don’t need to see it on the screen. And there was no chemistry whatsoever between the two leads, even though I’ve liked John Cho on other projects. And Mr. X said it was “too not credible.” I want my half hour back, which felt like several hours. [Note: I had not heard the main character’s name until the end, but it turns-out they are aiming for this show to be an updated Pygmalion./My Fair Lady. Audrey Hepburn must be rolling in her grave, and I’m just rolling my eyes.]

Red Band Society (Fox)–After several tries, I still couldn’t finish the pilot of this “medical dramedy.” But it was neither dramatic nor comedic, in my book. It was just unrealistic and sad. Yes, I’m really glad that children in this predicament will have someone on TV to identify with, but there’s just something I-don’t-know-what about it. The characters are young people with cancer/missing limbs, the obligatory bitch (who’s way too much of one,) and even a boy in a coma. And he’s the narrator! I’m sorry to say that I have to drop this one.

Madam Secretary (CBS )–I had to force myself to keep watching the pilot. It’s hard to watch fake political upheaval with so much real horror happening in the world. We know there are d-bags in Washington; we don’t need to see it fictionalized. It was ill-advised for CBS to pick it up in the first place. And it’s hard to listen to two such masculine, lisped voices from females, in Tea Leoni and Bebe Neuwirth. At least the teen-age son has a feminine voice! (In one scene, Tea asked her husband if she now has masculine energy. I don’t think there’s anything new about it!!!) The cast is the same generic actors who are in every political drama. And could the woman who plays her stylist be less attractive? Actually, it’s a not great-looking cast all the way around, outside of Tea and Tim Daly. At the last minute, they threw in that “accident mystery” to get us to come back. And it worked on me–but for just one more; the first episode was a true snooze-fest. [Note #1: The second I finished watching it, and turned to a news site, the headline read “Air Strikes: Syria!” Oysh.] [Note #2: I did try to watch one more, but quit in the first minute. This show is just too stressful, and not entertaining enough to endure that.]

As soon as the next crop of newbies is aired, I’ll give you the lowdown on them, as well. Consider yourselves warned!