CHRISTMAS DAY 2012 WISH FOR ALL

I’ve never before posted a column on actual Christmas. But I had planned this this year because it’s, unfortunately exactly once year ago today that I lost my precious mother.

Yes, in case you forgot, the unthinkable happened on that exact day. Horrible. So, this year, even though it’s my favorite day or the year, or used to be, I cannot celebrate. 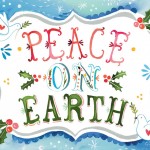 I’ve been beside myself dreading it. Even if I didn’t have one of those crazy memories that remembers most things exactly as they happened, (including knowing what everyone wore and said, which is often a great gift,) this I’d remember. The events of that day are seared into my brain. I wish I could stop dwelling on them.

But, even though I had planned this as yet another mini-tribute to the beloved May Rose Salkin, I instead have to make it about all those poor parents who just lost their children in Newtown, Connecticut. And the families and friends who lost the slain grown-ups, as well.

Every aspect of that tragedy is horrific. The second I heard, I pictured all their presents that were already wrapped and sitting under those families’ Xmas trees. When someone finally said that aspect on the news, Mr. X turned to me and said, “We know how that feels.”

So, my heart is bleeding even more for them today than it is for me. By far. My mother lived a long, beautiful life, for which I’m always grateful, no matter how much her absence pains me on a daily basis. But these poor families lost their children, which is never supposed to happen.

I know that it’s absolutely no consolation to them right now, but I want them to know that it does get easier. (Not much for me yet, but a little.) There’s really not much else to say on the subject, other than to pray for them.

And to beg everyone reading this to fight for gun control. Because if losing twenty-eight precious lives leads to making sure that more don’t get lost ever again, the pain of their deaths may lessen just a little bit. But we have to make sure that this absolutely never happens ever ever ever again.

And, as the traditional wish for today goes, I pray for Peace On Earth. Amen.