I’m really hoping that we all have at least one thing to be grateful for this Thanksgiving. Of course, people who’ve lost loved ones this year, due to Covid or not, may not think there’s anything to be thankful for, which I totally understand. Mr. X and I have shockingly lost several friends recently, which breaks our hearts. 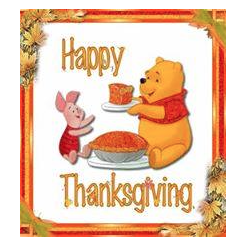 But you guys know me—I always try to find something positive in life. So, in general, I feel that we can all be grateful that life is finally getting back to at least a semblance of normalcy. Just think back to last year at this time, when we all had to stay home for the holiday, with just the people in our abodes, which often meant all alone. We even basically took our lives in our hands just going to the store for supplies to cook Thanksgiving dinner!

I’m not exaggerating—Mr. X and I dressed in almost hazmat suits!!! We wore double-masks, (often along with a face shield,) rubber gloves, hats, glasses, and old clothing and shoes that we took off in the garage! To look on the bright side of even that, there was zero chance that anyone would recognize us looking that bad.

After we undressed, we sanitized every single package from the store, which took about an hour each time. Exhausting. And sort-of crazy, as I look back on it now. So therefore I’m grateful that, even though the pandemic is far from over, we don’t have to go to those extremes again this year. 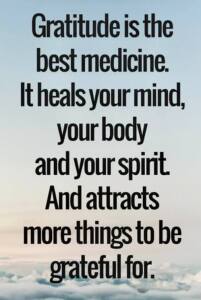 I’m also thankful that after so much time has passed without any social interactions, I’m finally back in the loop of life again. It’s actually been a tad hard to even remember who all my friends really are, but I had a lovely reminder this past week-end when my best ones helped me, big-time, with my…garage sale! Major Thanksgiving thanks go to (in order of appearance,) Curtis, Marc, Jeanine, Lyndsey, and Celia. I seriously could not have done it without those peeps!

I’m also grateful the sale went so well! Not just for me but for everyone. First of all, I’m thrilled that all the shoppers were sooooo happy with their purchases. Besides that they got the bargains of the century, (if I do say so myself,) they could not stop smiling the whole time. And thanking me! When does that ever happen at a garage sale?! Secondly, I’m qvelling for Mr. X to now have soooo much more room in the house. That’s just about all he’s ever asked me for in life. Next comes my happiness at finally getting to hang with people again; it seriously was akin to having a party here, in many ways. And lastly, I’m grateful that I was able to make a few bucks during the holiday season. [No worries if you’re a local reader and feel bad you missed it—you can be grateful that we’re doing it all again in December, just in time for you to find unique holiday gifts! Just check all the garage sale sites for the deets.] 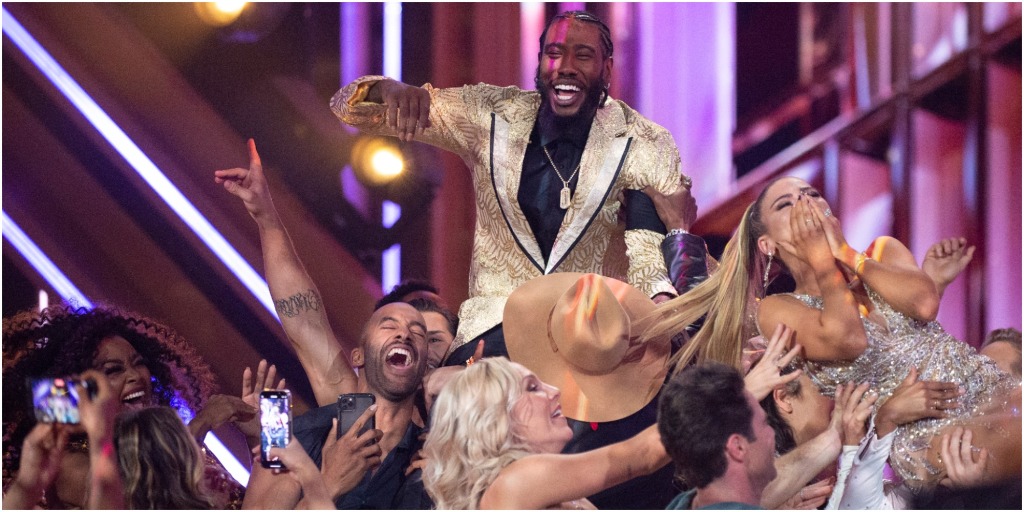 Iman Shumpert and Daniella Karagach winning this season of Dancing With The Stars.

And, since you know what a major fan of fairness I am, I’m sure you all figured-out that I’m thankful that Iman Shumpert and Daniella Karagach won Dancing With The Stars on Monday night. Her choreography is genius, and though Iman was not the actual best dancer on the show this season, he was by far the most entertaining. And charming. He’s the only contestant Mr. X and I looked forward to seeing each week. We both even spontaneously applauded in the middle of some of their routines! In addition to that their performances were spectacular, I feel a kinship to both of them individually; Iman’s name is an anagram of the acronym of this e-zine (“INAM,”) and Daniella is my fellow Capricorn and Brooklynite. So major congrats to Iman and Dani, and thanks to those of you who read my plea to vote for them a few weeks back, and did exactly that! 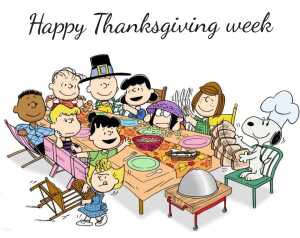 Franklin finally has pals sitting with him on his side of the table!

Other than all that, I’m also appreciative that once again Mr. X and I will be celebrating Thanksgiving at the home of our dear friends, Fred Deni and Jim Crystal, who are the owners of Back on the Beach cafe, so you know the food will be extra-delish. It will be a lovely break from my own year and two-thirds in the kitchen!

I wish all of you a similarly fun and tasty Thanksgiving. And a very happy, healthy, safe, and especially thankful one, as well. Let’s all try to concentrate on the positives, with extreme gratitude, (or at least as much as you can muster right now,) this entire holiday week-end. Stay safe out there!