Trending
You are at:Home»UPDATES»UPDATE: I’M BACK IN LA! (BUT FINISHING UP MY NEW YORK REVIEWS)
By Karen Salkin on November 11, 2019 · UPDATES

I’M BACK IN LA! (BUT FINISHING UP MY NEW YORK REVIEWS)

You guys think that I go out a lot in Los Angeles, right? Well, you’ve never seen a schedule like the one I kept for the past three weeks in New York. It was insane, even by my own ridiculous standards.  I went out in that time span more than I do in two months in LA! I got an average of only three hours of sleep a night the entire time, except for one night towards the end of my trip, when I conked-out at 7PM! (But, of course, I was up and at ’em again at 2AM!) 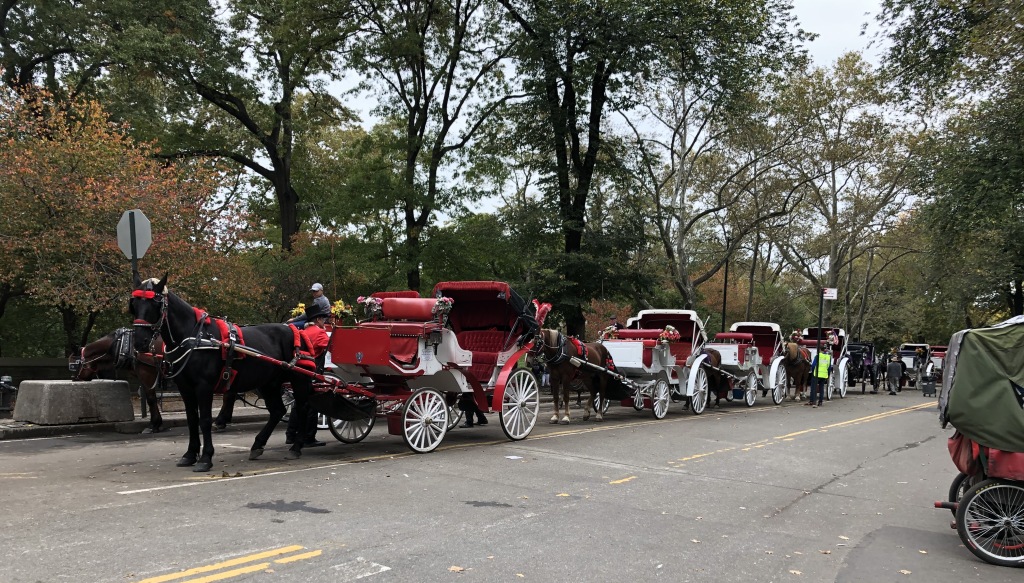 Central Park. Photo by Karen Salkin, as is the one at the top of the page, of approaching LA from the sky.

Here’s a very weird aspect of my life in NY, that I always forget about until I’m living it: In LA, we all get to go home in-between daytime and nighttime events, and chill, nap, regroup, debrief, change outfits and make-up, whatever. But in NYC, you have to be prepared for every event you have all day and night when you leave the house in the morning. And since no one can take their own cars anywhere during the day, (and most of the night, as well,) you have to carry all your accoutrements with you!!! All over town! Even if we do multiple events in LA, which require different attire, we have it all in our vehicles! I’ve often used a car as a changing room here.

As a matter of fact, the first day I was in the Big Apple this trip, I forgot all that because I hadn’t been there for awhile, and was already time-constrained from the minute I exited the plane at almost midnight the night before. So I erroneously assumed I could go back to the Upper East Side after my Midtown event during the day, to change and go back to that same area for an evening Gala. In the rain, no less. When I mentioned that plan to someone at the first event, she was horrified and set me straight about my timing snafu. So I had to go buy an entire new outfit for the Gala! That was a definite pain in the butt, but I wound-up with an an adorbs LBD and…an even cuter cotton coat!!! (But don’t get all twisted on my behalf—they were both on sale, of course.) 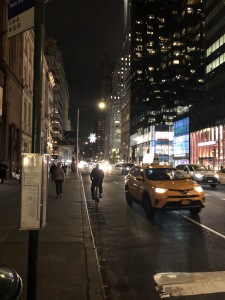 Another view of Manhattan. Photo by Karen Salkin.

I do plan to share the many tales of my entire crazy trip with you, some of the highlights of which I hope that you’ve already been reading about on here as I’ve gone along. (If not, you can still do that at any time—my daily columns in this e-zine are published in perpetuity.) I had to stay up overnight several times to write about each adventure!

And they’re not done yet. Even though I’m back at home base in Los Angeles, I still have tons of New York experiences to tell you about. So stay tuned in the next couple of weeks for all of it.

And then back to LA stories, which I’m sure there will be plenty of. Just after I sleep for a few days. 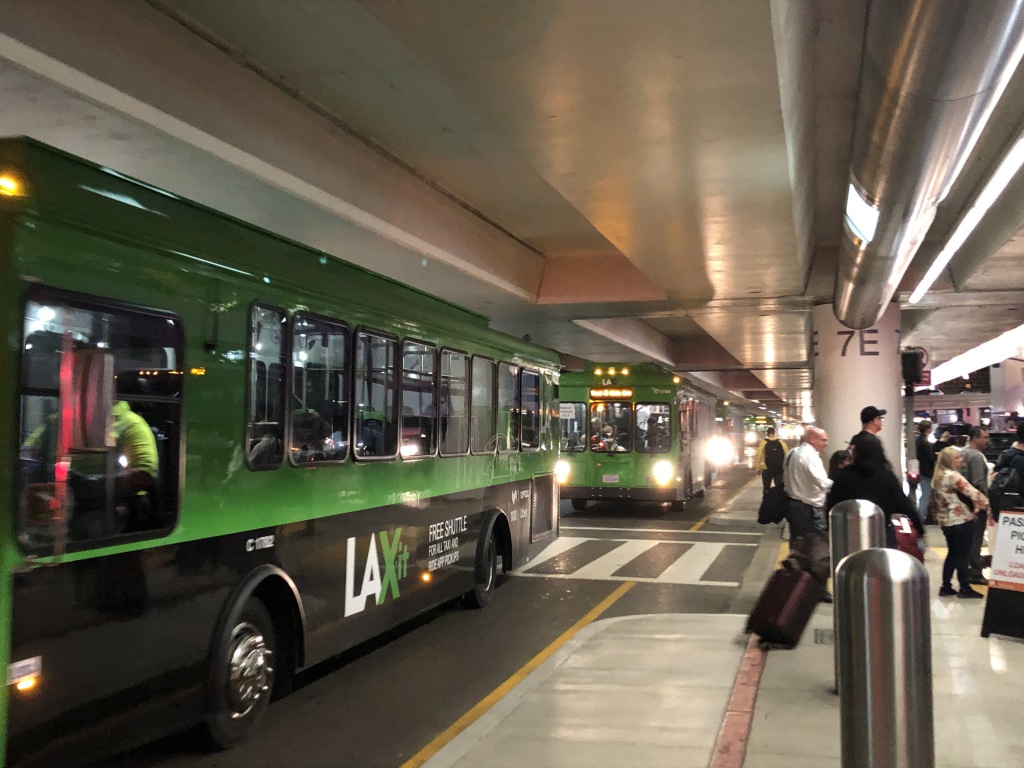 What I was greeted by at LAX–no more convenient curbside pick-up! Shuttles only. Grrr. Photo by Karen Salkin.

I especially thank my great East Coast friends Manny Greitzer, Sheila Tracy, Lauren Clarke-Bennett, Barbara Burton, and Jill Parker, without whom none of the past month would have been possible. And Sharon Lieberman and Yuri Davidov, who came through in a big-time way on an especially stressful assignment. (Don’t ask.) Honorable mention goes to all the others who made the time to see me, which I always appreciate and never take lightly.

But, as comfortable and cozy as I was in my pal Emily’s childhood room in New York, let me tell you how absolutely correct Dorothy was–there’s no place like home!