That heading is actually the answer to why I won’t be posting much for the next two and a half weeks! Or answering emails nor my phones. As many of you know, my sport-obsessed self watches just about every second of Olympics coverage. 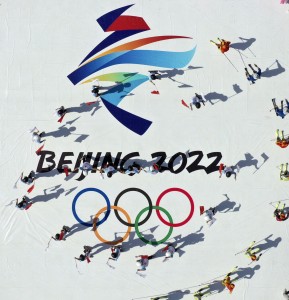 I love this creative image.

If you’re wondering why the Winter Olympics are starting today, Wednesday, as opposed to the usual Friday, it’s because of several factors, the most prominent one being the time difference with China —for example, that country is sixteen hours ahead of Los Angeles.

So the actually Opening Ceremony will be telecast live to America at the crack of dawn on Friday morning, and then rerun that night in primetime. Confusing, I know. But the actual competitions will begin today, at 3PM west coast time. Those events are curling, women’s hockey, and skiing training, none of which I watch, so I’m catching a tad of a break today. And most of tomorrow, as well—I won’t begin watching until the Figure Skating Team Event tomorrow evening. Whew.

I’m actually happy to get the small head start on the proceedings; I’m always somewhat behind because I try to watch every second of the televised sports, outside of hockey, at the Olympics. Or hockey anytime, actually. That is one of the few sports I just can’t get into, even though I used to be an always-invited guest at the LA Kings games back in the day.

But let’s not get off topic here. The few things that I want to say about the 2022 Winter Olympics before it all begins are:

~ Firstly, it’s been reported that the participants will be sequestered in the strictest “bubble” ever, which is good for everyone’s health, but bad for broadening one’s horizons by exploring another country and having some fun. 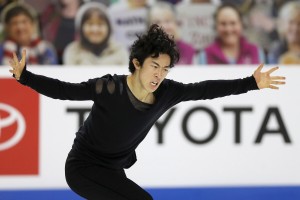 ~ I love watching the Figure Skating more than any other sport, but I’m always sooooo nervous for the competitors, especially the deserving ones. Unfortunately, the best skater does not always win; it depends on keeping your nerves in check. So when American Nathan Chen, the best by far, takes the ice, you know my stomach will be in knots.

~ If you love beauty, do not miss seeing the Russian ice skating girls. It’s almost a shame that each country can send only up to three skaters because there are at least a dozen ladies in that country, most just young girls, who could knock your socks off!!!

~ I cannot for the life of me figure out why the Olympics Committee gave the Winter Games to China!!! Foremost among the reasons why they should not be hosting them is all the human rights violations and downright atrocities in that country, which is why the U.S. is boycotting diplomatically. 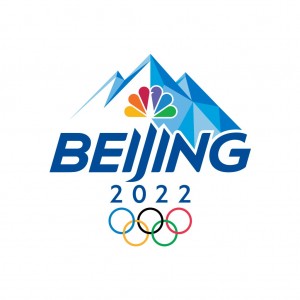 ~ But on top of the above, that exact city, Beijing, just held the Summer Olympics in 2008!!! Mix the locations up a bit, people!!!

~ And the latest Summer Olympics, just a few months ago, was in Tokyo, so same neck of the woods. And the one before that, the 2016 Winter Olympics, was in Pyeongchang, Korea! Choose another continent already.

~ And China doesn’t even have enough real snow!!!

~ All that being said, I’m thrilled that the U.S. is not pulling our athletes out of the Games, as they did in the summer of 1980 when it was held in Moscow! That was sooooo unfair to the poor kids who had trained their entire lives for that Olympic opportunity. Boycott a country some other way, powers-that-be!

~ Since the Winter Olympics features fewer sports than the Summer ones, the coverage will be shown on just three channels this time, as opposed to the five of the Summer Games. (Part of that is because, inexplicably, NBC got rid of their specific sports channel a few weeks ago! Crazy!) There’s also streaming of them, if that’s your bent.

~ As of now, there will be no fans or spectators allowed, due to Covid. That’s so sad for the athletes, but still better than having no competitions at all. 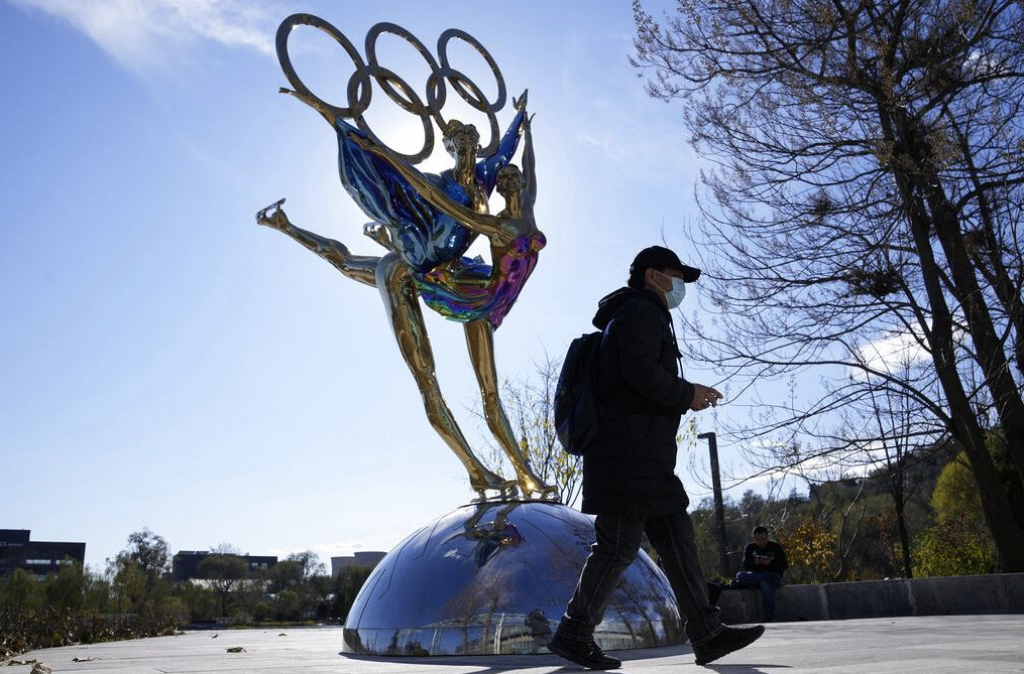 This simple image says it all.

Okay, that’s it for now. I’ll try to tweet my thoughts along the way, if I can tear my eyes away from the television screen long enough to type, but my laptop has been on the fritz for awhile now, so I’ll be playing it all by ear. So, just in case, if you don’t already follow me, this is a great time to do that. My Twitter moniker is @MajorCelebrity. Of course.

May the best men and women win.