I’m sorry that I haven’t written about any fun events in Los Angeles in the fortnight since my return from New York, but I’ve basically been very out of it. It appears that I’m suffering from a mild form of PTSD due to the traumatic experience of emptying out my beloved childhood home, where I still had tons of possessions, accruing even more with each year.

The house was filled with not only tons of my newer belongings, (I kept a fully-stocked arsenal of cosmetics, wardrobe, treats, gifts for friends, etc. because I spent so much time there,) but I had souvenirs dating back to elementary school!!! And just about every fun gift in my mother’s home was from me, including her massive doll and Xmas tchotchke collections. 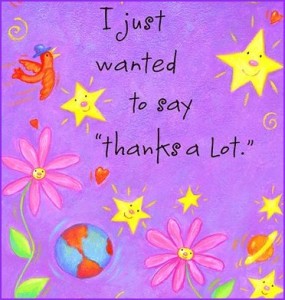 So, even though I’ve been working like a dog there over seven month-long trips in the almost two and half years since my little mother died, it’s always a daunting task. [Note: I was always so thrilled that my parents stayed put in Brooklyn, and didn’t move to Florida, as so many New Yorkers do in their retirement years, but it made doing this odious task now that much more difficult.]

I have so much more to say on the topic, but I have to shelve it for another time because the pain is still too raw to share. I’m so depressed over the entire situation that I slept through most of my first four days back, and left the house only one time in almost two weeks!

But, before the time gets away from me too much, I sincerely want to give some public thank yous, because the good guys deserve some lauding, (even though that’s not why they do what they do at all!)

I had help from so many. (No one in my biological family, of course.) Each person who helped had his or her own little niche. I loved that no two pals served the same function. For example, Sheila helped me explore the parts of my house that I really hated going through, like under my bed and my teen-age closet, (and drove eighteen hours round-trip, twice that month, for the pleasure of doing so!!!); Manny and Shirley hosted us for the Passover seder, and, even nuttier on their parts, let me leave tons of stuff at their parents’ house, to figure out what to do with on my next visit; Thomas (among other tasks,) took down the Xmas boxes from my mother’s closet and brought up heavy stuff from the basement; Helen sat in said (very dusty) basement going though very old boxes of memories with me; Sharon taught me about antiques; Anna took me out for a couple of fun evenings, to break up the work a bit; and Eamonn and Betsy typed notes for columns, which I had no time to do, even if my hands hadn’t been too painful to type myself. Even people who couldn’t physically see me, (like Thea, Jill, Barbara, Diane, Judy, Jackye, Carol, Patty, Richard, and others) played some part, even if it was just for some very-much-needed moral support.

Most of all, I could not have survived without Lauren. She always picks me up at the airport, and takes me back there when I leave town. She stayed with me on several nights, when I know she’d rather be home with her real fam. (And away from my mess and dust.) And she packed all my boxes for storage!!! She even configured what’s left in the house in the easiest possible way for whomever does the finishing touches before it changes ownership! How’s that for a friend?!

Yes, I had to hire some people to help, and lost tons of money because I was so sleep-deprived that I didn’t do many things correctly. And it haunts me that I wound-up leaving so much stuff there that I meant to take or distribute before I left. And I am sad that I didn’t get to host more pals at what is truly the most easy-going, fun house in America, but time just ran out.