I haven’t celebrated a National or International Day in quite awhile here on INAM. But this is a special one. Actually, it’s a special whole week!!! 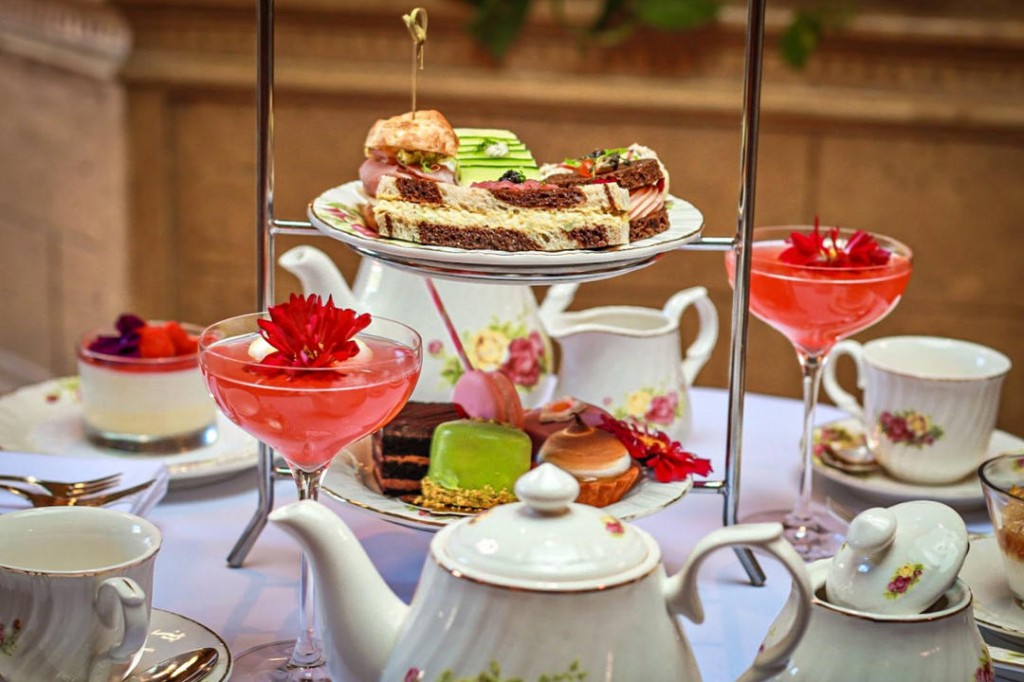 Yes, it’s National Afternoon Tea Week! It goes from August 8th-14th this year. I always say that I could have that delightful repast every single day of my life,* and now, next week I can! Without feeling the usual bit of guilt, of course, which comes from the fact that, when done correctly, afternoon tea is far from a low-calorie meal. But when it’s an actual celebration, all those concerns go out the window for that brief while. *[Note: I’m serious about having tea every day! When people want to do something nice for me, (which, sadly, is not that often,) and they ask what I’d like the most in the world, my answer is always Afternoon Tea. Or alternatively, a massage. Or tea followed by a massage! What a perfect world that would be, right?!]

I’m honoring this special week, and getting you prepared to celebrate it yourselves, by imparting the proper way to “take”* afternoon tea because that topic is one of the few things I really am an expert on. *[Note: The British, who began it all, always say they’re taking tea, rather than simply having it.]

A buffet version of Afternoon Tea. Photo by Karen Salkin.

First I have to explain the difference in tea meals because there are some pretenders out there who might steer you the wrong way. They think they’re being superior when they erroneously use the term “High Tea,” when they actually mean “Afternoon Tea.” And they could not be more wrong. So now you’ll be the people who say it correctly!

In case you’re wondering, here’s the official difference between the two: High Tea is basically a hearty supper that’s eaten after 5PM, and consists of mainly “peasant” dishes, such as sausage rolls, crusty bread, and meat pies. It also features stronger, more basic teas themselves; no frou-frou white grapefruit-vanilla type of choices. 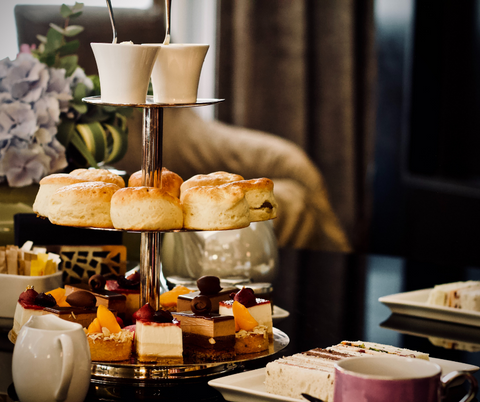 Those teas belong in the absolutely glorious meal that is Afternoon Tea. It’s absolutely scrumptious and soooo relaxing. (When done correctly, of course.) It’s taken ideally between 2-4PM, but can really stretch from 1-5, if need be. My favorite way to be served this one is in courses, but, because it involves soooo much preparation, most tearooms just bring all the courses at once, on a triple-tiered tray. But you must still eat it in the proper order, of course.

You should begin with a choice of teas, usually served with milk or cream and honey or lumps of sugar. (I do milk and honey myself.) If you like to imbibe a bit before starting the meal, I suggest a glass of sherry or champagne before the pot of tea.

The first food course is finger sandwiches, which are usually cut into small quarters or triangles. (Hence “finger.”) Some of the most popular fillings are chicken salad, salmon, cucumber with cream cheese, and tomato with cheddar. 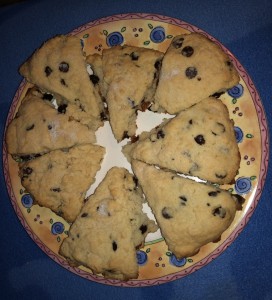 Chocolate chip scones that I baked myself! Photo by Karen Salkin.

Those are followed by (hopefully warm) scones, served with clotted cream and some sort of preserve or lemon curd or both. There are basic scones, but ones with bits of something fun, like cranberries or almonds or my faves—chocolate chips—are usually so much more delicious. You cut them in half horizontally, and then slather each side with the clotted cream, and top it all with the jam or curd. Yu-um!!!

All of that should be finished-up (if you even still have any room,) with either small desserts, such as petit fours or bite-sized fruit tarts, or one or two slices of cake. When I’m hosting the tea at my abode, I occasionally also serve giant strawberries cut-up in their own syrup with vanilla and cinnamon whipped cream that I make from scratch! 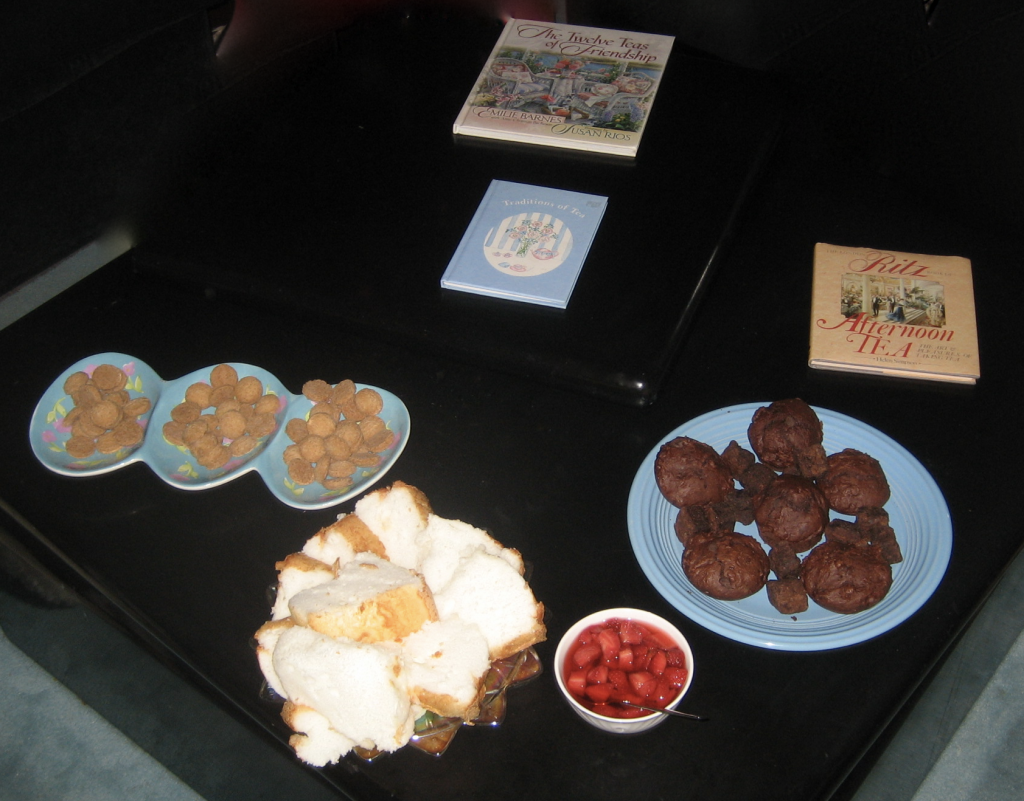 A few of the desserts at one of my own Aftenoon Teas. Notice three of my tea “bibles” among the treats. Photo by Karen Salkin.

On the entertainment front, if you’re dining at a classy establishment, such as an upscale hotel, the meal might be accompanied by a harpist or pianist. At the very least, there should be recorded peaceful classical music playing, which is easy enough to do when you’re hosting a tea yourself.

So there you have it! Your tea education is now complete! Well, almost. When I finally finish and publish my Tea Book, you’ll find-out how all these meals came about, and it will even offer some awesome recipes and serving suggestions. And I’ll tell you about the different kinds of tea themselves, and the other possible tea meals that I didn’t get to in this article. (But if you just can’t wait for it, here’s the link to an article I wrote to celebrate last year’s National Tea Day here on INAM, which explains the different types of tea meals: itsnotaboutme.tv/news/national-daydiningkarens-lessons-happy-national-tea-day.)

But for now, this is all the info you need to celebrate National Afternoon Tea Week. And no matter how you take your tea, I wish you relaxation and enjoyment! At least until the 14th!