Having any kind of friend is one of the most important aspects of living. But today is National Best Friends Day, so I thought I’d wax philosophic about that particular phenomenon to celebrate it. 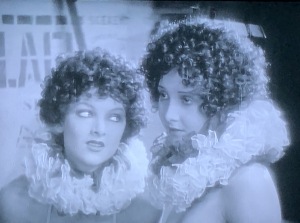 This isn’t really my mother and Sylvia, but it could be!

I really rarely realized how important having a bestie in life is to tons of people until it hit me in a personal way a few years ago. My mother was already getting up there in age when she met a totally simpatico woman in Brooklyn. Those two talked every night and saw each other as much as possible.  (And the other woman wasn’t even a widow, as my little mo was at that point.) My mother and Sylvia laughed like hyenas, discussed all the Broadway musicals, and told each other every secret they ever had. And when the much younger Sylvia left this level of life, my mother was crushed beyond belief. She really did lose her best friend.

One of my regular pals, (meaning non-best friends,) Mimi, has always made me laugh because, ever since she was a teen-ager, she’s said that every single one of her friends was her “best friend.” She’d say things to me like, “You know Nadine, my best friend,” or, “Emily, my best friend, said something to me the other day.” When that amusing habit of hers began, Mimi was very young, and I explained to her that “best friend” is singular; it’s just one person, not every person you know! 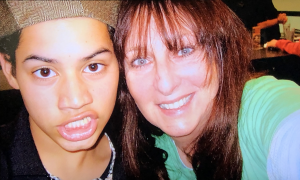 Mr. X has had the same best guy friend since college. Pete is actually just about his only friend, as well. And that’s by choice—everyone wants to be Mr. X’s friend, but he’s just more into solitude. One of my friends once asked him if he feels bad that he doesn’t have a lot of friends, and he answered, “Because of being with the town crier,” (meaning moi!,) “I see more people in a day than I would choose to see in a year!” 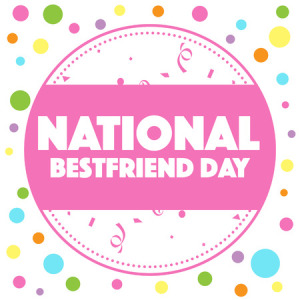 Sadly, many of my best friends (the ones I was inseparable from) throughout the years have actually betrayed or disappointed me in one way or the other. I didn’t even realize that that was possible with best friends until I saw my young niece’s best friend ghost her when they were about twelve. She was crushed. She really loved having a bestie.

My best friend in high school turned-out to be unworthy of that title, as well, as did my most recent best friend. (Another thing they had in common is that others around me had bad feelings about them.)

And my two best girlfriends during my clubbing life (about twenty years ago) are totally out of my life, as well. The first one got pissed that the second one and I used her hairdryer in her apartment for some crazy reason, and wouldn’t talk to me anymore because of it. And then the second one just totally let me down on another occasion, and as a result, we just stopped hanging-out and even calling each other. Because of all those failed friendships, I don’t really feel like I want to invest in having another local best friend at this point in my life. 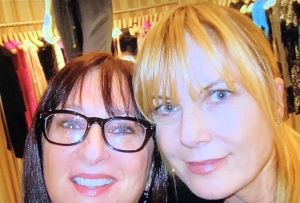 I didn’t mean to turn into Debbie Downer there for a minute. I just wanted people who don’t have besties to know that they’re not alone. And even though sometimes it’s not all it’s cracked up to be, you can always still develop a best friendship down the line. My mother’s late-in-life relationship with Sylvia proves that you can make a best friend at any stage of life.

And more often than not, best friends can be great. I really do have great love for several of my friends. And can’t imagine getting through life without them. Sadly for me, though, only a few of them live anywhere close to LA!  Carol and Patty are in Colorado, Sheila’s in Ohio, Manny’s in New York, Jill’s in Virginia, Lauren’s in Florida, Betsy is in Brooklyn, Noelle is in Montreal, and my old kid bestie, Ronnie, is in Rhode Island. 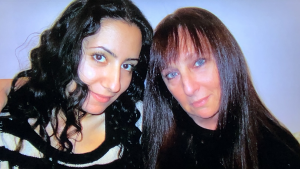 But the happiest news for me on National Best Friends Day is that I have had one steady real best friend for over half my life; that has never changed and never will. And his name is–you guessed it–Mr. X!  There is no one else I would rather spend even one minute with. And I’m sure he feels the same way, even though he would never admit it. (Yes, he is a torturous best friend, only because my mirth at his shenanigans where I’m concerned urge him on so much.)

So, if you’re someone who will be happy to celebrate National Best Friends Day today with your bestie, I wish you a wonderful time, and I pray that you will always be together because it really is a wonderful feeling to have one person you can count on in life.

And a very Happy National Best Friends Day to all of my besties out there!!!