There may be no more important National or International Day than today’s World Kindness Day.

And it could not come at a better time–kindness is exactly what the entire world needs right now. 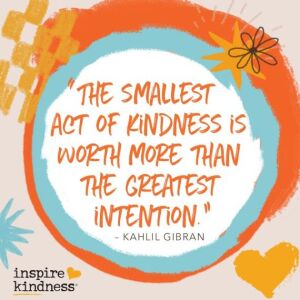 A quote by perhaps my all-time favorite author, Kahlil Gibran.

I occasionally write about kindness, but I actually think about it most days. And I was recently graciously thanked by a couple of readers for my previous article on kindness. But that one was published two and half years ago, so the new kudos on it gave me the impetus to do this column, as well. (If you missed it back then, I hope that you’ll do me the kindness of reading it now, because it’s so much more in-depth about what kindness means to me than this one is, and includes laudings of most of the kindest people I know. Here’s that link: itsnotaboutme.tv/news/karens-rants-kindness-should-be-normal.)

All of those thoughts from 2018 still stand today. Those will never change. But let me add a couple of more here. Nothing is more important to me in a person than kindness.

And it appears that I’m not alone. I’ve noticed the reference to the trait in several TV shows in just this week alone. On The Good Doctor and The Undoing, someone being kind was mentioned a few times…in a row! On both shows!

Words to live by.

I have one little (yet big) example of kindness that I did not write in that other column on the subject. I did do a short video of the story, which accompanied that written piece, but I feel that I should have put it in writing, as well, so I’m going to correct that wrong right now. (If you’d rather hear that brief anecdote, rather than just read it, here’s the link to my YouTube video of it: www.youtube.com/watch?v=mon4s6dE7TU&t=9s.)

Here’s my tale: First of all, this happened two decades ago, so how wonderful is the story that it still sticks out in my mind today, and I know it word for word?! So I used to meet my Brooklyn parents in Aspen in the summers, and then my father died, and my mother was so brave to go by herself. She flew by herself for the first time in her life, rented a car when she got off the plane, and she drove to an entirely new place to stay because their former lodgings were being re-purposed. So I, of course, met her at this new place a few weeks later, and discovered a trio of incredible girls there who became three of my favorite friends for life: Gina from South Africa and Alex and Simone from Austria. The four of us became inseparable over the next few summers. I always flew home before my mother, which meant that my senior citizen little mo had to say goodbye to everyone and get in her car and drive herself to the airport to leave town. I hated that sooo much! So I called my mother when she was leaving, and I asked couldn’t someone just drive her to the airport? And she said, “Of course not; I’m not a baby!” And she told me that the three girls had more than offered to drive her, which was so kind of them. So I called Alex to thank her and the others for being so nice to my mother. Alex asked, “What did we do that was so nice?” So I pointed-out that they offered to take time out of their busy schedules to drive her to the airport. And without skipping a beat, Alex replied in her adorable Austrian accent, “Karen, that is not nice. That is nor-mal!” I cry every time I think of that. 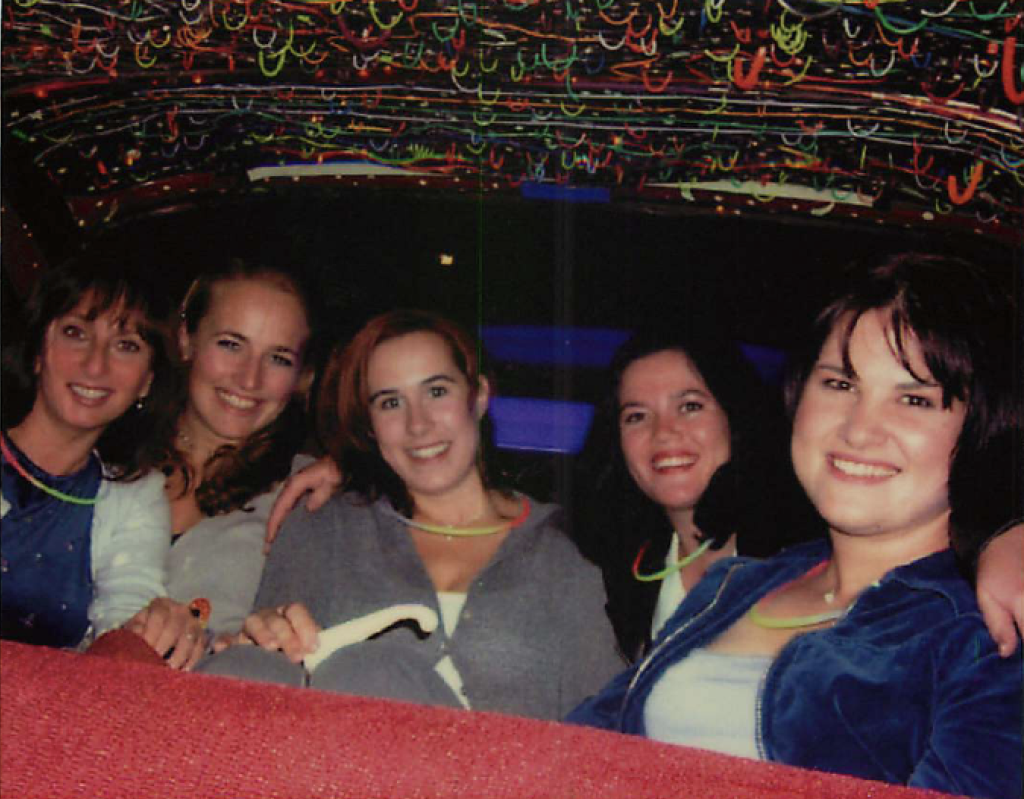 (L-R) Karen Salkin, Simone Matt Olivier, Alex Sohm Tremblay, Jacqui van Blerk (who was there for just one summer,) and Gina Nel Wickendon, having a wild time in the Ultimate Taxi. Photo by Jon Barnes.

So please emulate my girls and be kind, at least today, to both yourself and others, by just…wearing a mask. And then make it your nor-mal practice. That infinitesimal kindness to others will absolutely make a difference in your own life, or that of someone you love!

And Happy World Kindness Day to all!

[Note: And yes, I am aware that today is also one of the two Friday the 13s in 2020—I was just being kind to you all by not mentioning it!]