Summer still technically has another month to go, though some people erroneously think that Labor Day is the end. (Look at your calendars, people! Autumn begins on Sept. 23.) Here in sunny Southern California, it’s basically summer all-year round. (Though we do try desperately to feel that we have seasons.)

Since it’s summer and I was leaving for New York, and was as white as a ghost because I hadn’t left the house for several weeks, (as most of you faithful readers know,) I had to do something to not scare my little mother and east coast pals, who are all used to me looking very L.A.

But with all that went on before my trip, I was even more time-constrained than usual. So, what’s a busy, pasty bon vivette to do? I called Kona Tans mobile service to come to my house, that’s what I did! (I believe they have salons that you can just go to, also, so check out their website below for all the deets.)

I had bonded right away with the adorable married-couple owners, Katie and Kenny Quinn, when I met them this past May at the spectacular 50th birthday party of the late Dr. Frank Ryan. [You can read a tribute to the doctor and his charitable works, and more about the party, at these links: https://www.itsnotaboutme.tv/news/2010/08/18/tribute-dr-frank-ryan/ and https://www.itsnotaboutme.tv/news/2010/05/28/parties-dr-frank-ryans-bony-pony-ranch-event/ .]

So, when I needed to get my glow on, that’s exactly who I called. Katie came over, all self-contained (with even a portable tent,) and didn’t need a thing from me for her to go to work making me look gorgeous. She even did the spray tan in a long black gown-like dress, with black latex gloves, so even the getting glamorous had an air of glamour to it! (I asked Mr. X to take pix of her cute outfit, but, unfortunately, he got my not-yet-tanned body in them, too, so I can’t show you how cute Katie looked.)

Mr. X was so impressed with the color I got from Kona Tan’s secret formula that he bought a huge container of it on the spot!!! (He has tried sprays from other companies over the years, with not great results, so we already have the spray set-up. Now, if only he had Katie’s spraying talent, we’d be all set!)

But there are other ways to get the signature Kona Tan, if you’re too shy for the sprayer to see you naked, or just don’t have time for the full treatment. The company has a range of products with which you can achieve either an instant or gradual tan yourself. I guess Mr. X didn’t even want me to see him naked because he chose to go with the do-it-yourself Spritzer for his tan. And it really worked!

So, unless you want to spring for a trip to the Big Island itself, Kona Tan is the way to go to look fabulous, relaxed, and toned, which I did for more than a week after. So, if you see me appearing that way in the future, you’ll know that Mr. X got busy with his spray-gun. And Kona Tan’s perfect formula!

Speaking of “spring,” (I used that word in the last paragraph of the previous section, so I’m just being goony right now,) to help you keep the tan that you’ve just gotten, try some Spring aromacology body products. It’s an Israeli brand that’s big in Europe, and new to the U.S. In addition to their oh-so-many yummy items, they have the most mouth-watering website I’ve ever seen! I want to own everything on it! 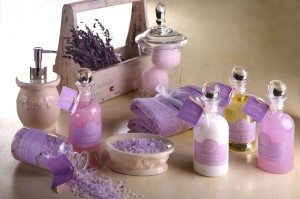 This sounded like a good job for my Reviewing Panel because my asthma prevents me from experimenting with fragrances, and I was dying to know just how wonderful (or not) these luxurious items are.(No worries here–they are.)

We decided to try the hand creams in four, as the company calls them, “sensations and moods”: Mystic Amber (pleasure,) Patchouli Lavender Vanilla (sensuality,) French Musk (harmony,) and the one I need the most, Secret Garden (calmness.) The packaging is so beautiful that I’m happy to have one just sit on my bureau and look feminine.

The two most popular ones among my panel members were Secret Garden and Patchouli Lavender Vanilla. The former is “mild enough for even sensitive people,” like moi, and the latter was deemed “the perfect blend of fragrances.” The more exotic of the testers were “drawn to” the other two, which some of them said were “refreshingly different.” One wrote, “I’m so sick of the usual aromas in creams and lotions, so I’m thrilled with these innovative ones from Spring.”

A couple of the people noted that they’re “enriched with Dead Sea minerals” which means that they’re “exceptionally high caliber” products. As to the textures and results, many commented on the “lovely, non-greasy quality” and the “super-soft” hands they came away with. And just about everyone loved the “extremely portable” size and offered that now they “need them in all sensations to put in my car, purse, and every room in my house!” I think I’ll just keep mine in my Secret Garden!

I’ve been stocked in Caboodles since they were invented in 1987! I’ve always loved these fabulous carrying cases, for all purposes, and I recommend them to everyone, not just teens, (like I was when they were first made,) especially for summer travel. 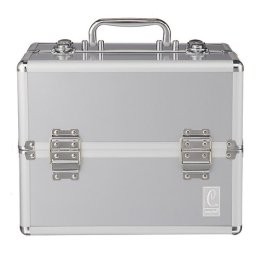 I actually still have my first basic one! I keep a couple of smaller ones in New York, with my make-up all set-up in them, ready to travel around the east coast.

But, as I’ve grown-up, so have they. (Actually, they’ve done a little better in that category than I have!) I just got the Goddess Caboodle, (I love that they named one after me!,) which is a train case with an interior that’s so gorgeous and classy, I decided to put my jewelry in it instead of make-up. I don’t want to mess-up the interior.

Trust me, if you’re a female, of any age, you must own at least one Caboodle. And if you’re a true girly girl, like I am, you should own them all! Ah, yet another lofty goal for me to aspire to.