Trending
You are at:Home»UPCOMING»UPCOMING EVENTS: A PREVIEW OR TWO
By Karen Salkin on December 29, 2014 · UPCOMING

A PREVIEW OR TWO

I hope everyone had a great holiday! I had some lovely times this past week, thanks to Mr. X, Fred and Jim, and Maria and John.

And, of course, I’ll share all my adventures with you guys. 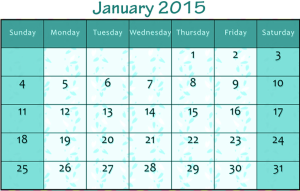 Just to let you know some of the things that will be happening in the next week, I’ll be finishing-up seeing all the movies that are nominated for Screen Actors Guild Awards, because we have to vote for them by January 23rd. (I’ll review the best, and worst, of this year’s crop for you very soon.)

And, of course, I’ll be making big plans for my January 14 birthday! (I wish I had a new appointment book already, so that I can circle that date a hundred times, as I always do! Not because it will be such a special day, but rather so that I know when to prepare to have most of my pals disappoint me!)

I’m actually a bit excited about visiting a new (to me) venue early on in the new year–the Arena Cinema in Hollywood. I just started hearing about it, from several different people, and I already have plans to go check it out as soon as the new year begins. And the best part for you LA peeps is that they’re all open to the public! (Check for times and prices with the theatre, because my knowledge ends here.)

First up at that art house theatre is a special event for the movie The Search for General Tso. I think it will crack me up because the tagline for the film is “Who was General Tso, and why are we eating his chicken?,” which is something I’ve thought every time I’ve had it! There are several show dates and times, but after the 5:10PM one on January 4th, there will be a Q&A with the producer, followed by the actual Chinese dish (General Tso’s chicken) being served in the courtyard! You know I’ll be at that one!

Then the next week, (beginning January 10,) Diving Normal will run for a few nights. Each night will have its own special hubbub (receptions, Q-&-As, cupcakes, etc.,) so I wish I could attend all the showings!

Between that, I’ll have some gifting suites to let you in on, and I hope to write a bunch of the aforementioned movie reviews. And of course, I’ll give you my many thoughts on the early Golden Globes!

But first up in the new year, I’ll finally get to answering the question many of you have been asking me for months now—what do I think of Johnny Weir’s and Tara Lipinski’s work as the main figure skating commentators this year!!! As a matter of fact, that is due to start-off next week’s columns.

So, there you have it. But let’s finish up 2014 this week first! These last few days of a year usually get short shrift, and I’m not going to be guilty of that!