Even though Rafer Johnson had lived a very long and full life, his passing last week was heartbreaking to so many. He was one of the most beloved people I’ve ever known, if not the most. 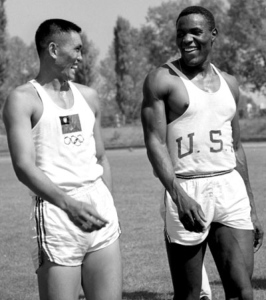 Rafer Johnson on the right, laughing with his closest competitor, and great friend, C.K. Yang, (who won the silver medal in the 1960 Decathalon, behind Rafer’s gold.)

And deservedly so. Not only was he an Olympic gold medalist, (and in decathlon, which is, by far, the most difficult of the sports,) Rafer engaged in other worthwhile endeavors, such as working on Bobby Kennedy’s presidential election campaign, once he retired from competition.

But perhaps the most important achievement of his life was leading the founding of the California Special Olympics. He later became their President of the Board, where he was able to significantly further the organization, followed by being named Chairman of the Board of Governors.

I was one of the people who was lucky enough to be acquainted with Rafer for even just a few brief moments in life, meeting him through Special Olympics. During the years that the wonderful California meet was held at UCLA, my TV show afforded me the awe-inspiring opportunity to be one of the celebrities who bestowed the medals on the athletes, took pix with them, and signed autographs. It was my honor to be included for many years. My life has been touched by that experience forever after. 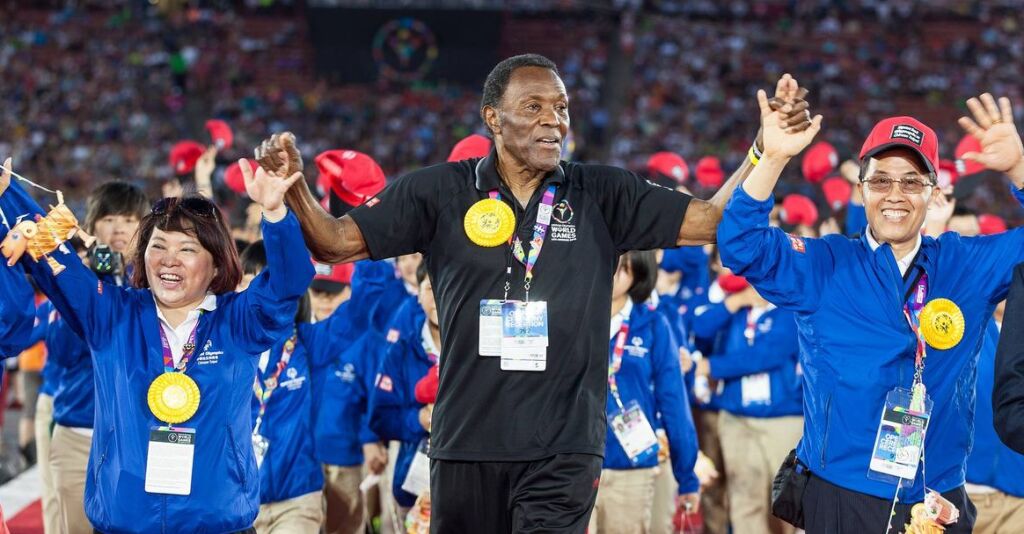 Rafer Johnson leading the opening of a California Special Olympics.

There was a cocktail party at the start of the week-end each summer, and, of course, Rafer was front and center.  He greeted as many guests as he could, which always included me.  And whenever I’d see him as we were walking around the campus, going from venue to venue, he always gave me a smile and a wave. I can’t tell you how happy I was for that small acknowledgement, as I’m sure every single participant was. 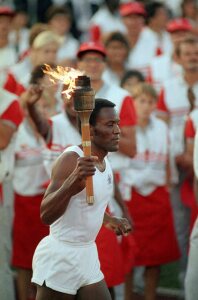 Rafer Johnson lighting the Olympic Torch at the 1984 Olympics in Los Angeles.

But that was Rafer Johnson–he made everyone feel good, with his genuine kindness.

I’ve always marveled at how one man can be so all-encompassing, and to so many, all the while being charming and elegant. What a gift to humanity Rafer was.

My heart goes out to his family, fans, and all the Special Olympians he has touched along the way.