I love being amazed. And Derren Brown’s act is one of the few things I’ve ever seen in my life that truly is amazing. 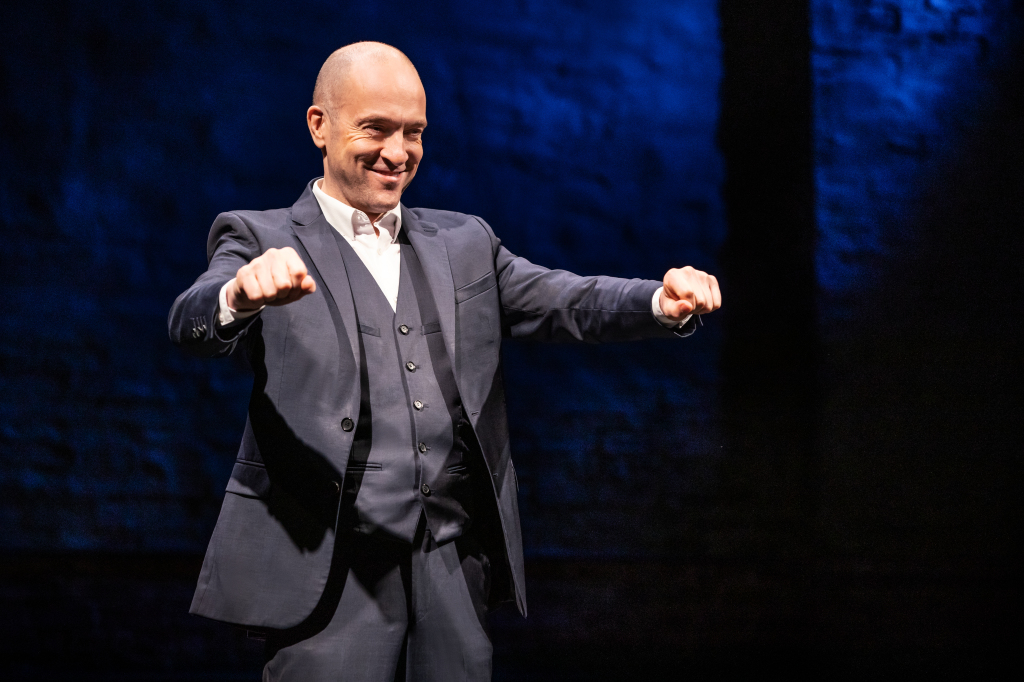 Derren Brown. Photo by Matthew Murphy, as is the one at the top of this page.

My friend Sheila and I saw Derren Brown: Secret on Broadway over a week ago, and she still mentions it every day. That’s the impact he makes on people.

Actually, I chose to see this show because of her. Sheila’s favorite word appears to be “mental” (as in, “I can’t believe I wore a coat in this heat—I must be mental,”) so even though I had very limited time in New York this trip, I just knew I had to include seeing this very entertaining mentalist!

Derren asked the audience right at the beginning not to tell others about most aspects of his presentation, which makes it a tad challenging to review. But, as Mr. X reminded me, I hate when other reviewers tell the entire narrative, and I never do that. I just tell you why I liked it or did not. And in this case, I have only positives to say. And I couldn’t take any notes during the show, anyway, because I was so engaged with Derren’s unbelievable talent. 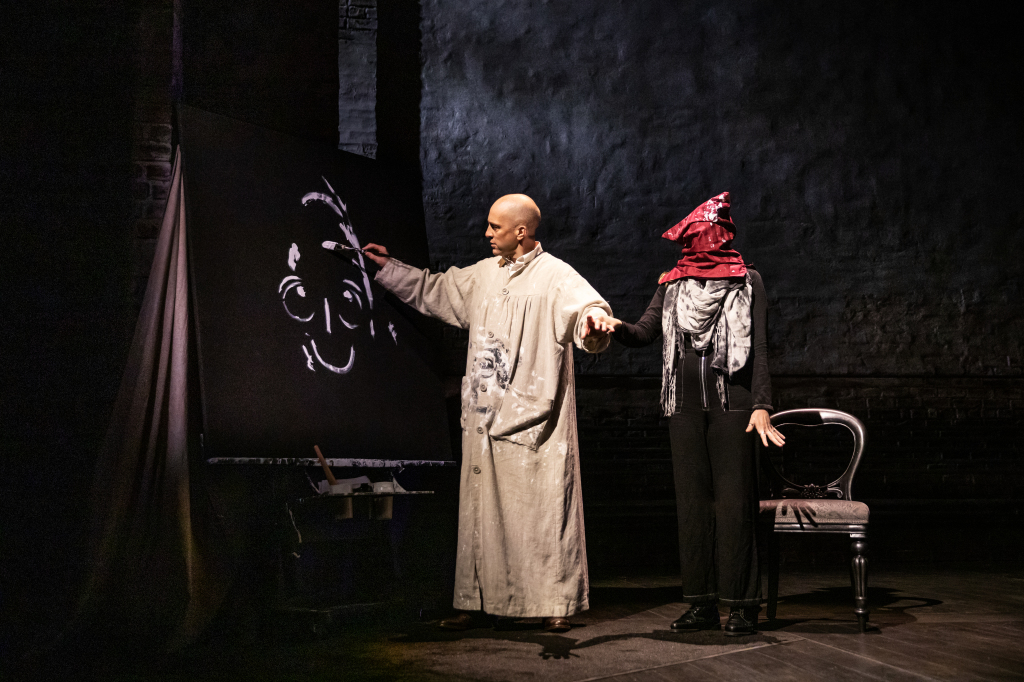 So the main thing I have to tell you is—go see Derren Brown: Secret! Your mind will be boggled. I have not a clue as to how he does any of it. I don’t know if Derren Brown is reading our minds or it’s magic or sleight of hand or something else the rest of us cannot do. I just know that I have never heard so many “wow”s uttered in the space of one performance.

On top of all that, Englishman Derren is gorgeous and absolutely charming. His constant patter, (which he brilliantly presents as stream-of-consciousness, however it’s anything but!,) is so entertaining. Even the intermission of Derren Brown: Secret is fun! (But I can’t tell you why.)

One of the skeptics in the audience told me that she thought all the audience members who were chosen to participate were shills because on the night we saw Derren Brown: Secret, they were all youngish and basically attractive. But that would mean that either no one could ever see it twice, or Derren would have to hire a whole boatload of plants for the run of the show, and hope none of them spill his secrets. And he chooses participants by throwing frisbees into the audience, which makes it all very random in my eyes. So I declare that naysayer to be very incorrect. (But Brown does have to rely on audience members not being a-holes when he calls on them, which is a big chance to take in New York City, trust me. That might be his biggest trick of all!) 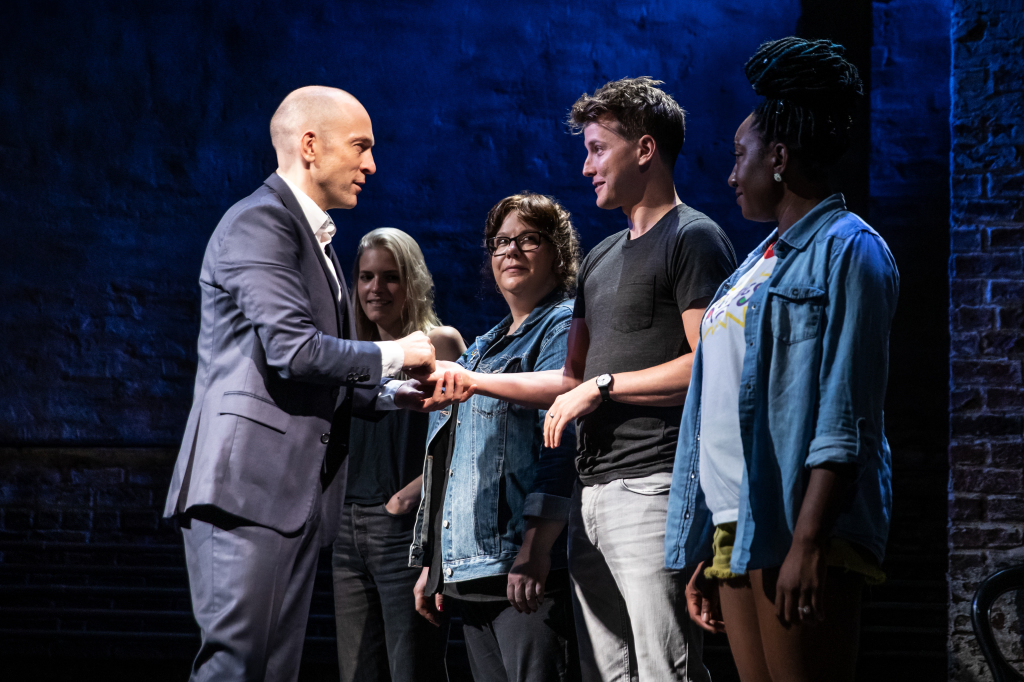 Derren Brown with some audience members. Photo by Matthew Murphy.

By the way—Derren declares that he is not a psychic, which confuses me even more. Psychic ability I can believe; none of what he does is explainable! [Note: He explains it as “psychological manipulation,” which is also more or less what I’ve been using on Mr. X all these years, to get him to stick around, so I’m definitely a fan of that technique! But I would have no idea that a stranger is a former Mexican gymnast who now wants to be a pilot, as I saw Derren divine! I’d like to have him work his powers on a few people for me!]

So, since I’m not at liberty to tell you anymore about the actual production, let me advise you to make sure to wear your nicest attire because you might be called up on stage. When I got to the theatre that night and found-out that most of the presentation is audience participation, I actually panicked because for the first time in my life, I had gone to a Broadway show looking like a schlep! I had had a super-crazy day in New York, and had no time to go back to headquarters to change, after spending the day cleaning-out a house. (Don’t ask! But I bet Derren Brown can figure it out!) He must have really read my mind to not send a frisbee even close to my area! 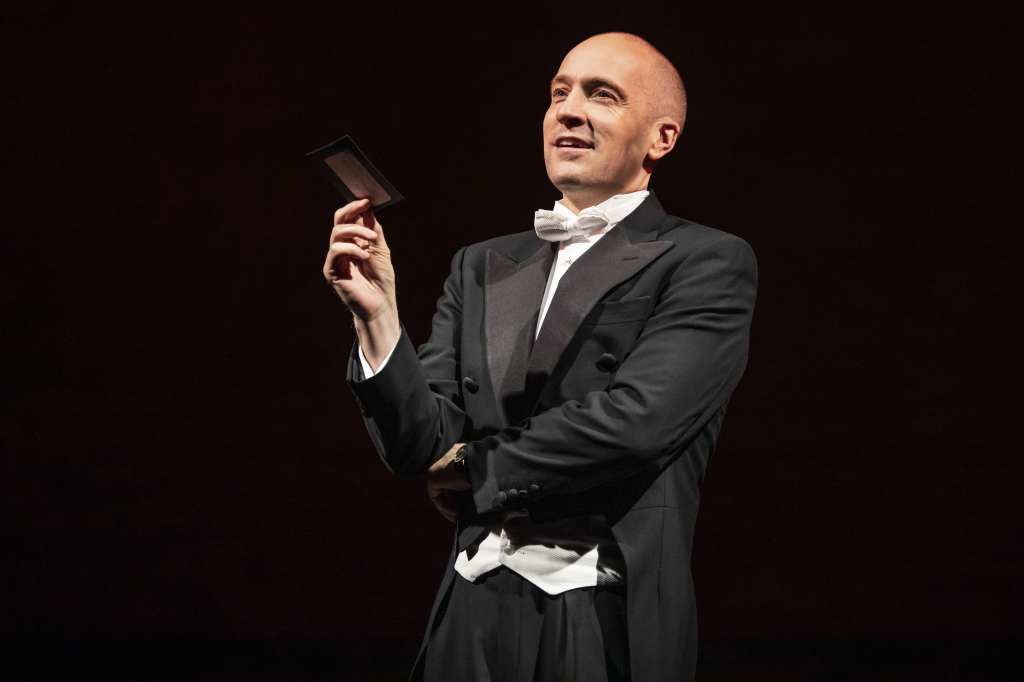 If Derren Brown is reading this, I implore him to be My New Best Friend. (But I have a feeling his superior mind already knows that. That’s probably why he didn’t call on me to come up on stage—he sensed my desperation!) Then I would never have to make fun of anyone out loud where I can possibly be overheard; he would just hear my silent message and laugh.

You’re all welcome to try to engage him first. But hurry—Derren Brown: Secret is playing on the Great White Way only until the beginning of the new year! I can safely predict that that will be a wonderful way to end 2019.