Trending
You are at:Home»THEATRE»THEATRE: TOOTSIE
By Karen Salkin on November 5, 2019 · THEATRE

Tootsie is just about the perfect Broadway musical! I’m so lucky to have been in New York at this time to be able to see the show just six months into its run, (which I really hope will be a long one.) 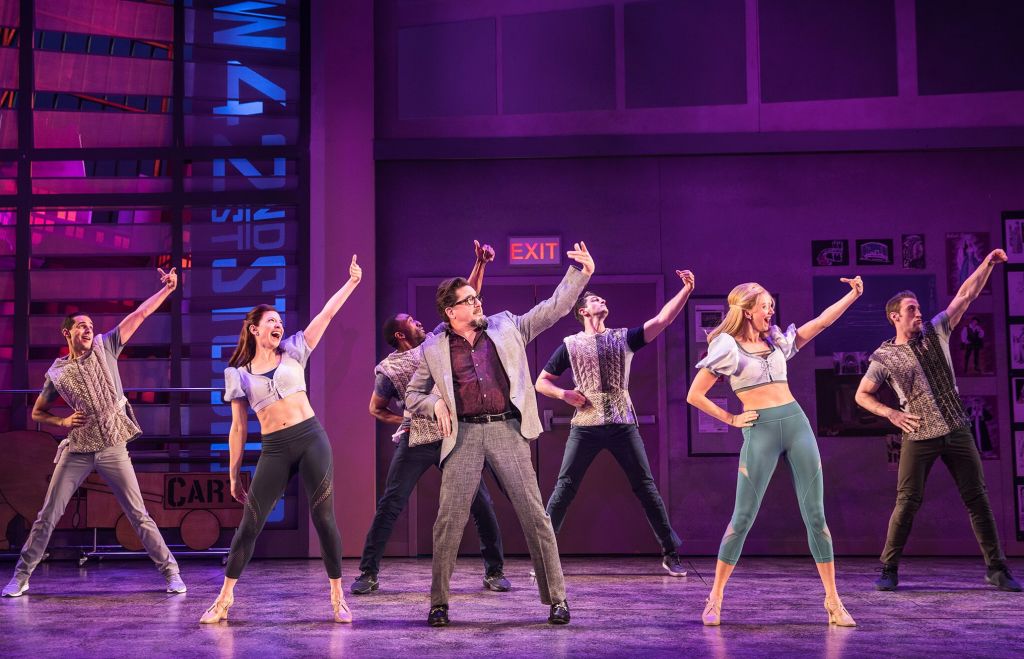 When I was planning my Fall trip to the Big Apple, Tootsie was the number one show on my list. But that was not because I’m a fan of the movie Tootsie (although I am,) but rather because I’m a fan of the TV show Crazy Ex-Girlfriend, which Santino Fontana, who plays Tootsie, was on for the first season. He was good on TV, but let me tell you, I was overwhelmed by what he accomplishes in this Broadway musical. His performance is wonderful on every level, but especially impressive is that he sings equally beautifully as a man and woman. No wonder he won the Tony this year! The producers struck gold with him. 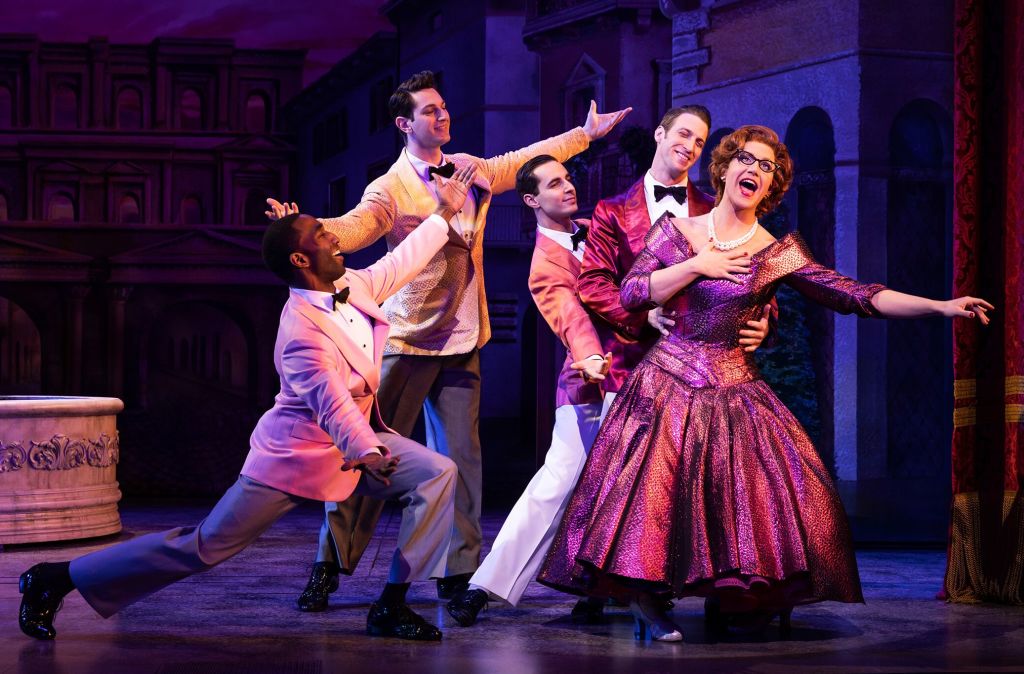 Santino Fontana (in the dress) and company. Photo by Matthew Murphy.

I can’t imagine that anyone doesn’t know this, but Tootsie is basically the same story as the still-popular 1982 film starring Dustin Hoffman as Michael Dorsey, an out-of-work actor who disguises himself as a female, Dorothy, to get the role. The main plot change here is that instead of starring on a soap opera, as the character does in the movie, he stars in a fictional Broadway musical, Juliet’s Nurse, which is an absolute and unintentional riot.

And, luckily for us, (especially if your seats allow you an up-close view of his abs,) they changed Dorothy’s male pursuer(s) from a duo of older men to a cute young dumb actor, played to perfection by John Behlmann. He’s absolutely adorbs!!! 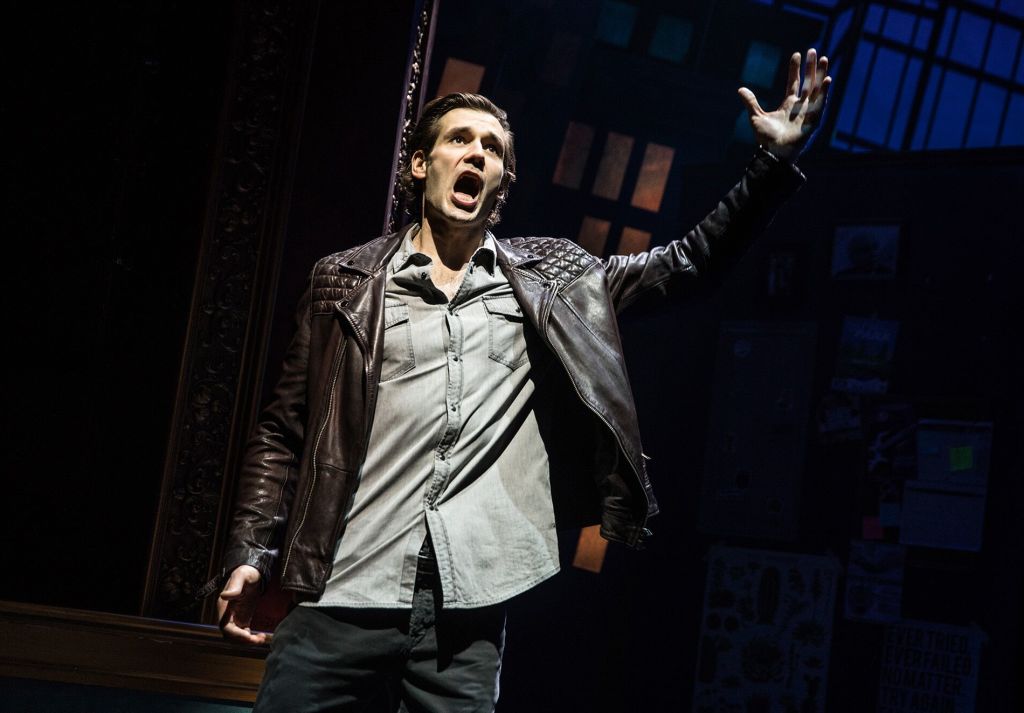 John Behlmann. Sorry, people–you’ll just have to see his abs in person! Photo by Matthew Murphy.

The other stand-out for me is Julie Halston as the tough older broad producer of Juliet’s Nurse. She wrings every single laugh possible out of her role. (And she was equally amusing in her post-curtain plea-for-charitable-donations speech. A cast member has to do that after every performance of Broadway shows, and she made this one a surprising delight.)

Actually, the entire cast is excellent. And, as my friend Sheila pointed-out, they all appear to be so happy to be doing this show!!! She said that it seemed like knowing they’re in a hit gives them a little extra pep in their step. 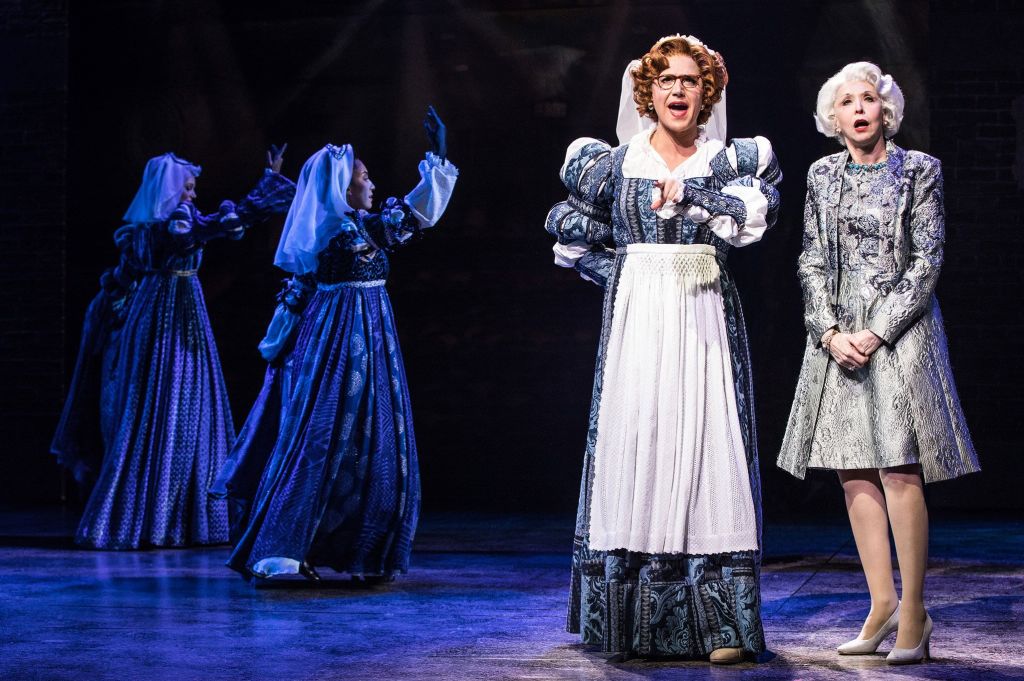 As to the songs by David Yazbek, there are sooo many clever lyrics. And happily, all are understandable. The second act Jeff Sums It Up, energetically performed by Andy Grotelueschen as Jeff, Michael’s best friend, is downright brilliant. I was literally guffawing during it.

But the ingenuity doesn’t stop with the music. So many of the lines in the book of the show, written by Robert Horn, are memorable. You’ll just have to experience them for yourselves, but here’s a taste, (as close to word-for-word as I can remember them): Jeff tells Michael, “Do what you can, and tell people that was the goal,” an idea I’m planning to employ in real life! Another one of Jeff’s bon mots is when Michael asks him if he looks heavy as Dorothy, a sort-of stout “woman,” Jeff assesses him instead as “difficult to abduct.” I had just been to my high school reunion in New York, so I really appreciated this line, (which was not about me, of course, but some others): “In school I was voted—‘Who is that?!’” And the one that perhaps should be the tagline for Tootsie, “Being a woman is not a job for a man.” You know it! (And you also know that I’m obsessed with how quickly Santino’s character got long red nails and how quickly they were gone!)

Speaking of jobs for the genders, I love that the music director, Andrea Grody, is female. I can’t believe that in this day and age that’s still somewhat surprising. 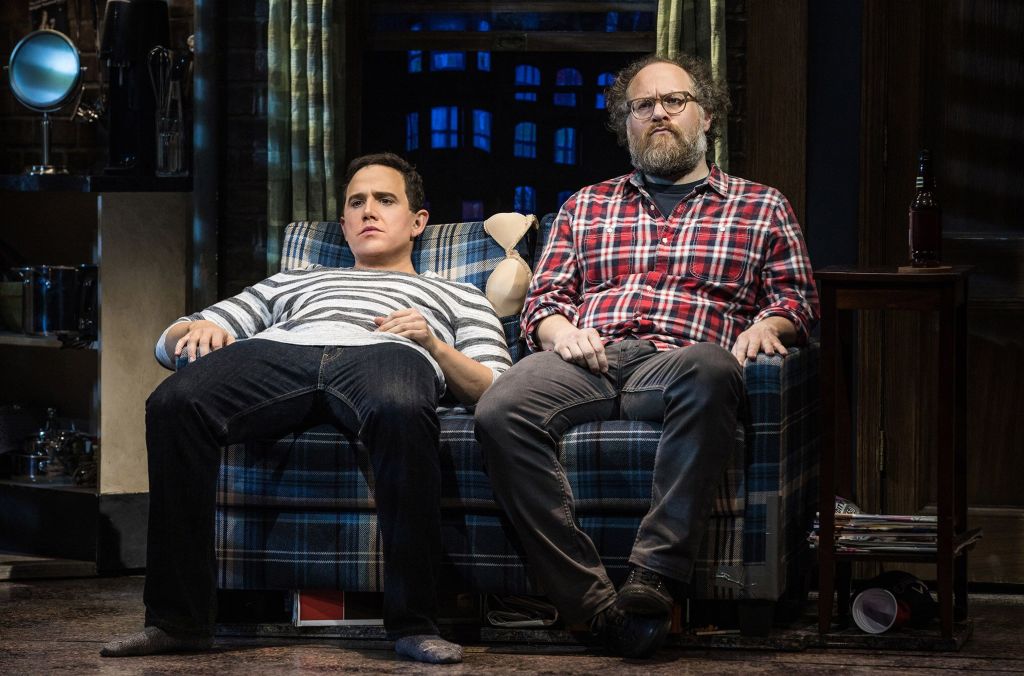 As much as I adored Tootsie, I do have to admit that the show is just a tad long. But since I loved just about every second of it, I had to think long and hard about what could possibly be cut from it. The only one number I could do without is There Was John, a totally unnecessary song from the love interest, played by Lilli Cooper, in Act I. It doesn’t further the story nor really fit in with the rest of the show.

But every other minute of Tootsie is fabulous. What a happy, not-painful-in-any-way show it is. I wish that every Broadway musical would be like this one.