Trending
You are at:Home»THEATRE»THEATRE: THE MUSIC MAN
By Karen Salkin on October 23, 2019 · THEATRE

Since Shirley Jones, who is the mother of 5 Star Theatricals’ Artistic Director, Patrick Cassidy, starred in the 1962 film version of The Music Man, it’s only fitting that this company is celebrating its twenty-fifth anniversay with this show. I love full circle stories like this one!

In this day and age of newfangled musicals, it’s really fun to see one of the most old-fashioned, (both in story and history—the original show opened on Broadway in 1957!,) classics of all time. 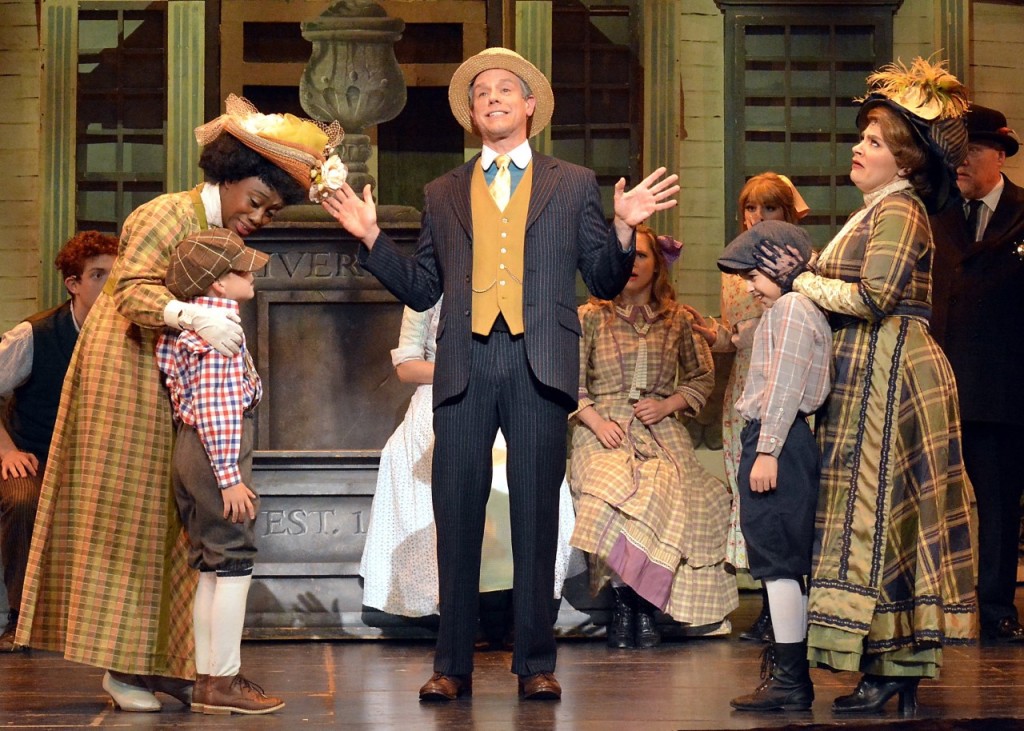 Adam Pascal and company. Photo by Ed Krieger, as is the one at the top of this page.

And, as usual from 5 Star Theatricals, there is so much to recommend about this production. It’s such Broadway-quality that it’s a shame it runs for only two week-ends. So please don’t miss it this coming one.

I realize it was quite the coup for them to have gotten Broadway star, Adam Pascal, for the iconic role of conman extraordinaire, Professor Harold Hill. I lauded him as Shakespeare in Something Rotten a couple of years ago, but I have to admit that he was the least of this show’s many attractions for me, which just shows how excellent the entire presentation is. Still, it’s always fun for people in LA to see performers of this pedigree right in our own backyard, particularly in a regional theatre.

As my friend Marc pointed-out on opening night, The Music Man features a gigantic cast. We appreciated all the different ages represented on stage, most notably the children. They’re all adorable. And, I’m happy to report, professional.  In particular is Joshua Blond, who plays the ten-year-old lisper, Winthrop. He is spot-on. Trust me, that exaggerated lisp is not easy to do, especially when it has to play to the back of the room. And the balcony! 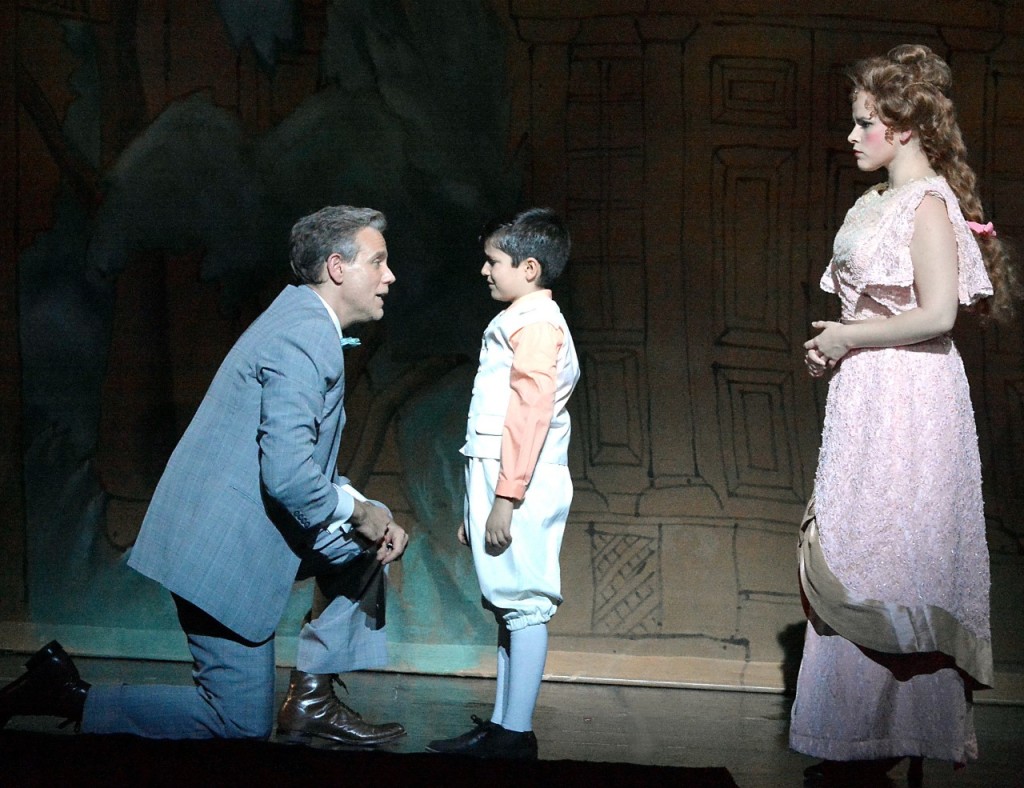 In addition to Joshua, we both loved the very talented barbershop quartet, comprised of Chris Hunter, Jonathan Matthews, James Thomas Miller, and L. Michael Wells.  I swear, I’ve never in my life thought about singing groups like that, but these four are a breath of fresh air every time they enter a scene. 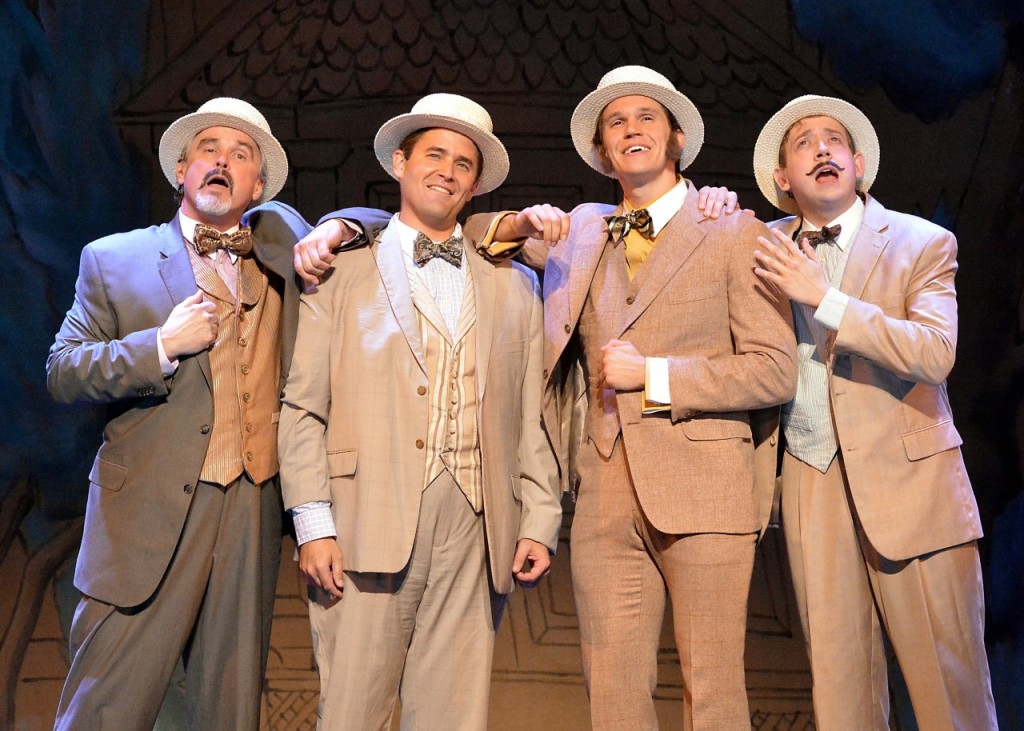 And I was happy to see Trent Mills back on this stage. I’ve been a fan of his since he played Shrek so perfectly at this same theatre last year. His performance as the con man’s good buddy added so much charm to The Music Man.

The production numbers, choreographed delightfully by Peggy Hickey, were my faves! That’s the advantage of having the aforementioned big cast—so much happy and capable dancing! Even with the gooniest song ever, Shipoopi! (Marc had never seen this musical before, so he said that he couldn’t understand what they were singing in this number. That made me laugh because no one would ever figure it out without previous knowledge of the show!) 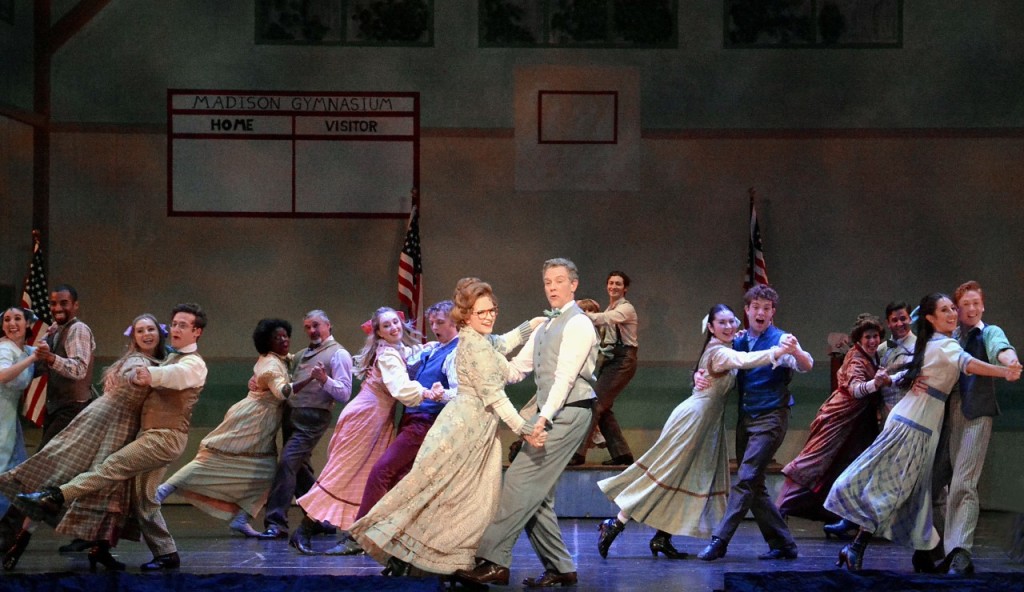 The music is actually the star here, as it should be with all musicals, in my humble opinion. But the famous score of The Music Man is such a mixed bag, with everything from the iconic blockbuster Seventy-Six Trombones to the premise-setting (Ya Got) Trouble to the romantic Till There Was You, (which I originally knew because…the Beatles recorded it!,) that some of the songs are misses. Several could have actually been cut way back when, which would have made this not one of the longest shows in history! (That’s not a fact; it’s my experience of it.) But I have a feeling that all productions of it have to be presented as written, so 5 Star could not do the trimming themselves. 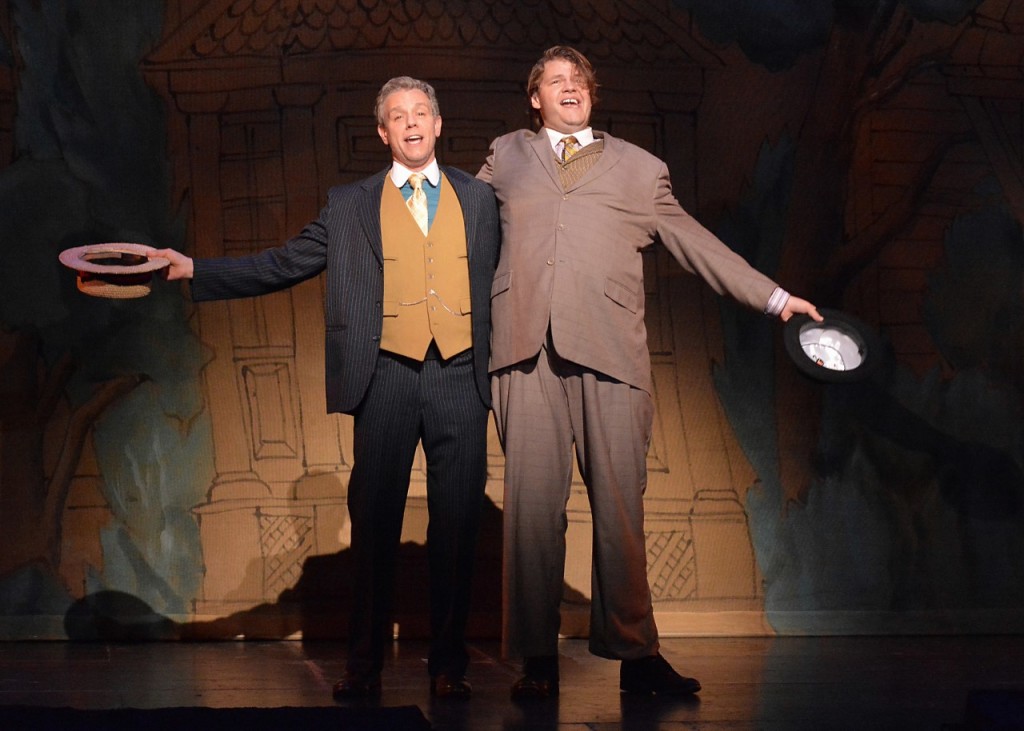 Here’s one thought-provoking music note–I’ve never liked the opening number, Rock Island, but on opening night of the production, I realized that it’s actually the pre-cursor of rap! That revelation made it somewhat interesting for me this time.

In addition to having the privilege of hearing Meredith Wilson’s classic songs performed really well, we also admired the creative sets (for whom there is, surprisingly, no credit in the program,) and Tanya Apuya’s perfect costumes.

And I did shed a tear near the end. I’m a sucker for a happy ending. And 5 Star Theatricals’ The Music Man has one of the happiest curtain calls ever! I wish it had gone on even longer. 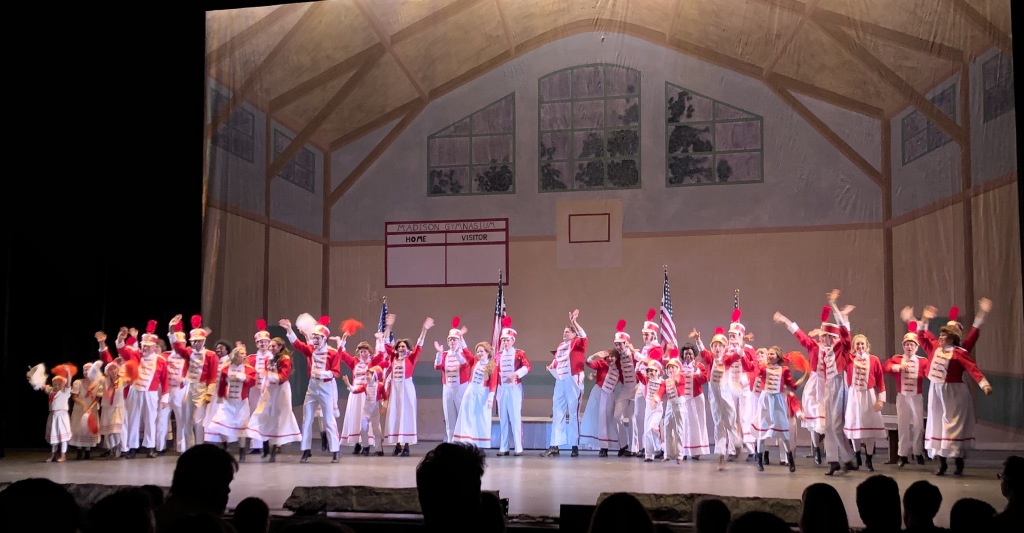 Photo of the curtain call by Karen Salkin.

The entire evening reminded me how much I love Fred Kavli Theatre. The seats have the best legroom around, and their concessions are literally one-third the price of the bigger theaters in town! And for those of you in Los Angeles proper, who think a trip to Thousand Oaks is a lengthy affair, let me assure that it is not. It doesn’t take long at all, even in Friday night traffic. And it’s a cute town, so you can always go early and have a bite to eat or just explore, as I always want to do.

So, for a lovely time at the theatre this Fall, I suggest getting out there to see The Music Man this coming week-end. Thousand Oaks may not be the real River City, but you will definitely be rewarded for your trouble!