Trending
You are at:Home»DANCE»TELEVISION/DANCE/KAREN’S RANTS: SO YOU THINK YOU CAN DANCE—SEASON 12 PREMIERE
By Karen Salkin on June 8, 2015 · DANCE, KAREN'S RANTS, TELEVISION

SO YOU THINK YOU CAN DANCE—SEASON 12 PREMIERE

Tonight will be only the second episode of this season of So You Think You Can Dance, and, as much as I love this show and look forward to it all year long, I’m already upset. So, I figure I better get it all off my chest fast, before it builds to an even longer rant!

I hate this new format of “Stage vs. Street!” They’re making it stage dancers vs. street performers, and that’s just not fair. Mr. X is a major krump dancer (he’s “Oldz Kool,” for the hip among you,) so I’m definitely sensitive to all forms of street dance, but let’s face—with half of the final group of contestants doing popping and locking and animation and the like, there won’t be enough spaces for real, trained dancers, doing the styles that got the show where it is in the first place! 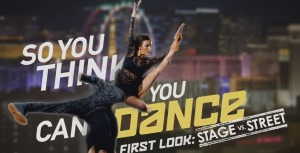 I love seeing it all, and was the first to predict that krump dancer, Russell Ferguson, (krump name “Gutter,”) would win in Season 6, and I voted my butt off for adorable Season 10 male champion, Vegas street dancer Fik-shun, but let’s face it—the majority of the audience tunes in to see contemporary and ballroom. Heck, without this show discovering all the cool, hip, young ballroom dancers for them, Dancing With The Stars wouldn’t have half their troupe!

From the little I can glean from the stingy info they’re letting trickle out so far, I don’t even think they’ll be dancing in pairs this go-round! They need to explain what the format will be once the live shows kick into gear, but I think they’re not doing that now because many viewers will tune-out in disappointment. Why would they mess with an already-successful formula?

I think this whole season, including the new judges (whom I’ll get to in a second,) was designed to attract younger viewers. It’s so sad that a worthwhile show, which showcases real talent, has to constantly be so desperate.

Okay, now let’s dissect the new judging panel. It’s a shame that they fired perennial “permanent” judge, ballroom expert Mary Murphy. Even though I wasn’t a fan of her loudness, especially the crazy screams that the contestants seemed to love, she brought life to the show. The fun is gone without her.

No one’s even sure why she was replaced to begin with! If they canned anybody, it should have been inane, cloying host, Cat Deeley. She ruins half the show for Mr. X and me. She’s beyond annoying. She uses that “British TV” style (that’s native to her,) which is not fun to watch on American channels. Her constant pawing of the contestants, who just danced their hearts out and are trying to breath, is downright creepy. 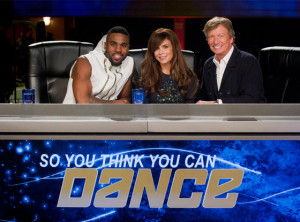 So, even though half of the fun of the auditions in previous summers was hearing what the variety of guest judges had to say, (especially last season’s stand-out, ballerina Misty Copeland,) it appears they’re going with a stationary panel this year. Again, I’m pretty sure that’s because of the audience they’re trying to appeal to. The choice of judging panel guests in the past, including ones that had no business being on there, was designed to attract a whole range of viewers; Misty for the real dance aficionados, the guy from Modern Family for the sitcom fans, Lady Gaga to try for the biggest audience ever, and so on. But I guess that was too scattered for them, so they went with a new approach this year: hip-hop singer Jason Derulo for the young, music fans, and oldster Paul Abdul, for fans of train wrecks, who they know will tune-in in droves, hoping she’ll be as drunk and crazy as she was on the glory days of American Idol.

But, so far, no good. As talented as he is, and fun to watch perform, Jason doesn’t have anything fun or creative to say about most of the dancing, (even those in his own style,) and Paula is just a bore. Sadly, her dancing and choreography haven’t been particularly relevant since the 80s!!! And, disappointingly for everyone, (show runners and the audience alike,) she’s been really well-behaved so far. Well, except for that horrible cackle of hers!!!

And worse than anything, both new judges are from the “street” discipline, which is supposed to be only half the show this season! Why isn’t “stage” represented on that panel?!?!?! (As you can tell, I get really worked-up about this stuff!)

And could Paula Abdul have looked any more dreadful on the season premiere?! I’m pretty sure they made a lot of the format changes, (like no choreography rounds in the initial auditions,) due to network-mandated budget cuts. But I think they could have sprung for better hair extensions and make-up for Paula! I mean, come on! She was sitting there applying her own lip gloss, for Pete’s sake! She looked like a chick at a restaurant after dinner.

I’m only hoping that this all doesn’t sound the death knell for the show; this is the only competition show with real talent. Even though idiots, who seem to make-up the majority of the viewing audience, would rather watch icky Honey Boo Boo and the even ickier Duggars, television need this show!

So far, (which is just those first two hours last week,) you can tell I’m disappointed in Season 12 of SYTYCD. But, of course, I’ll tune back in tonight, (as I hope all of you will,) and trust that I’ll discover a dancer or dancers to latch onto this season, as I did the second I saw the audition of last year’s victor, the incredible Ricky Ubeda. (I declared him the winner after seeing him dance for only about five seconds!) There’s sure enough talent out there in America, in Mr. X’s “818” krump sessions alone!!!