Trending
You are at:Home»DANCE»TELEVISION/DANCE: SO YOU THINK YOU CAN DANCE—SEASON 13
By Karen Salkin on August 19, 2016 · DANCE, TELEVISION

SO YOU THINK YOU CAN DANCE—SEASON 13

With the Olympics finally coming to an end this week-end, it’s time to get back to real life now. Well, other television, anyway. And the only show that will be able to cure my perennial post-Olympics depression will be So You Think You Can Dance. 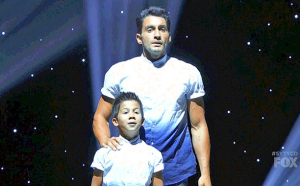 I have to admit—I was one of the people who was upset when I learned the contestants this season would be children. I didn’t want the opportunity to be taken away from people who could get jobs out of it. And need the the jobs! Dancers have so few opportunities to begin with with, and I definitely didn’t want this show, which was created to support them, to deprive them of more of those chances.

And besides, I thought, how good could kids between the ages of ten and thirteen be anyway? What dance fan wanted to suffer through that all summer?!

But, boy have these young dancers surprised me! In a great way. I actually look forward to seeing them perform each week, especially JT and his pro partner, Robert. 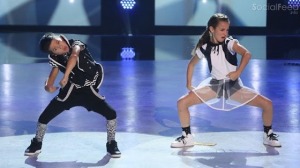 As much as I absolute appreciate and enjoy all the kids, (pictured in the big pic at the top, with their pro partners/mentors,) I’m sure everyone can figure-out just who my favorite is, though. Little JT is my number one, of course, and tiny tapper Emma is my fave girl. She’s so sweet. And I cannot believe her tiny little body is capable of all that tap dynamism. (In case you’re wondering who my least favorite has been, even though I admire them all, I hate to say it, but Jordan, as sweet as she is, is it, mostly because of her sloppy feet. I can’t believe not one of the judges ever called her on it, but the three who are not Nigel just don’t want to give any criticism. Jordan rarely ever even pointed her toes, and even her flexed feet never had the tension they should. But I do love her beautiful little smiling face and happy personality.)

But really, all the kids are truly amazing. I love the dedication that ones so young have! When I was twelve, (and a student of dance for eight years, at that point,) my 6th grade class was just learning the butt-easy schottische step, to do in a borough-wide dance festival! [Note: I believe we were told that that dance was a German folk dance, but I just found-out right now that it originated in…Bohemia! Is that even a place?! I thought it was a lifestyle!] 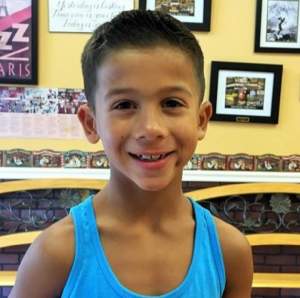 JT. Just look at that face!

The one thing I hate about this “Next Generation” season of SYTYCD is how hard it is for the kids to be in eliminations. As much as they try to make these kids feel okay with being eliminated, it’s so much harder for them than it is for the usual contestants, who are in actuality just a few years older than they! [Note: Yes, “they” is the correct word here—you add the “are” at the end to find-out that I’m correct. You don’t say “…than them are;” you say “…than they are.” So, when you drop the “are,” you’re left with “they.” Get it? You know I have to grab these lessons where I can. I hope you benefit from them.]

So, now we’re down to it. With just a few weeks to go in this year’s competition, my prediction is the same as it was the second I first saw this kid—JT will be the winner! How could he not? Besides how downright adorable he is, he’s really an excellent dancer. And I’m sure that his seriousness about it all, (you can always see how hard he’s trying,) is endearing him to fans of the show who don’t care about “cute.” And the fact that he’s paired with Robert, perhaps the most beloved dancer ever on this show, who fans were pissed came in only third for his season, adds more votes for JT. (I just hate that no more voting by phone deters many of us, Mr. X and me included, from participating. Mr. X is totally into his phone, apps, Facebook, and technology, but even he doesn’t want to vote by these complicated, and identity-revealing, methods.) 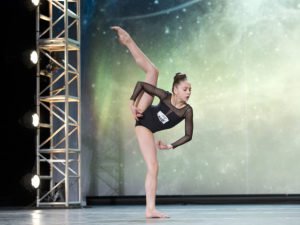 By the way—if people voted on talent only, the winner would have to Tate. She’s basically already a professional, and has even beaten this season’s judge, Maddie Ziegler, for a world title. She’s clearly the best dancer on there, but people vote for personality even more than dance ability. And JT has it all. Plus the “it” factor. (For me to like someone with a lisp, you know he has to be special.)

It all comes back on on Monday night, and I will be glued to the TV. Can’t wait to see those talented dancers again!