Trending
You are at:Home»TELEVISION»TELEVISION: THE UNDOING—MY FINAL THOUGHTS
By Karen Salkin on December 4, 2020 · TELEVISION

So now the HBO limited series, The Undoing, is finally over. And boy did it help me get through the last couple of months of the pandemic. No exaggeration–every day for five weeks I counted down the days and hours to the next episode!  I woke-up talking to Mr. X about the goings-on portrayed in the show, like we were in the middle of the convo. And like we were discussing people we actually know! [Note: Before I get to my final thoughts on the show, here’s what I wrote after the first episode, in case you missed these fabulous, but oh so wrong, deductions: itsnotaboutme.tv/news/televisionkarens-thoughts-the-undoing.] 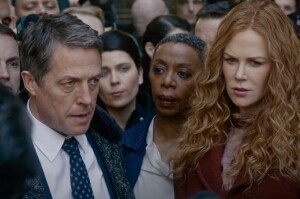 The journey was tons of fun, the ending not so much. There were so many holes in the script, along with soooo many unanswered questions! I understand that some things had to be done for the sake of drama, but all those loose ends really needed to be tied-up. [Note: I understand the book it’s based on, You Should Have Known, differs quite a bit from this TV adaptation, so I doubt that reading it will help much.)

Here are the things that made no sense because the powers-that-be neglected to follow-up on them. (I’m using the characters’ names, rather than the actors’.)

~ Perhaps the most perplexing scene of the entire series is when Franklin, Grace’s father, got out of his car on some wet street, and crossed it to look up at the dead woman’s apartment. They never explained why he did that, nor how he even knew where she lived! 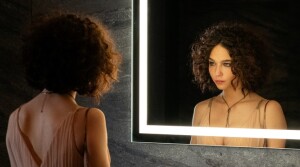 Matilda De Angelis, who plays the murder victim in The Undoing.

~ Yes, it may be true that Grace goes on walkabouts often, but I tell you this as a native New Yorker, and frequent visitor the to the Big Apple still—there is no way in hell that a privileged woman from the Upper East Side would be walking alone, late at night, all the way up in Harlem!!!!!!! There are not enough exclamation points in the world to accentuate that point!!! (Believe me—I once walked around there with a guy friend when it was getting dark, so I know that no one would think to do that so late at night and alone. Trust me!) And how would she even have gotten there to take a walk? She would have needed to drive, or take a taxi or jitney, or—heaven forbid—public transportation. And how are we to believe that it was just coincidental that her Harlem walk was right down the block from the murder.

~ Jonathan told his wife he would be on a flight to Cleveland, but he drove somewhere instead. So did she not notice his car missing???

~ How did Grace keep picturing the murder so accurately?

~ And what was up with that lesbian kiss in the elevator? It had absolutely nothing to do with the rest of the story!

~ How, and when, did Elena paint such a beautiful, detailed portrait of Grace? If she was that talented an artist, I think she would have been even a little bit successful, especially among her school contacts. And Jonathan’s! 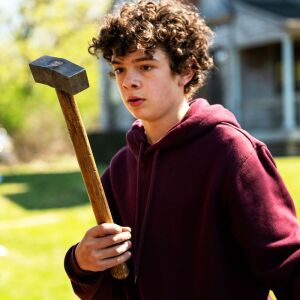 ~ Those two young boys, the sons of the defendant and the victim, would never be allowed into the courtroom like that! And the son of the victim would have had to testify on video, not in the courtroom. (I watch enough Dateline to know all that!) And in real life, he could not have been called to testify out of the blue like that.

~ It’s a tad far-fetched that the couple, who had been married for something like seventeen years, were so far away from their beginning characters by the second episode. They were so loving and playful just the day before the mistress was murdered, that I would have liked to see a bit more slow progression to get to where they went.

~ Were the opening credits, with a little girl who looked like Nicole Kidman, trying to tell us anything? If not, why design them like that?

~ And here’s the penultimate mystery. (Well, to my Pronunciation Police mind, anyway.) Why when Jonathan and most others pronounced their last name, “Fraser,” correctly did Grace put a “zha” sound in the middle, as though the name was spelled “FrasIer???” Wouldn’t she know how to pronounce her own last name?! Especially being a doctor? That drove me crazy. How did no one on the set—not the director, the script supervisor, writer David E. Kelly, nor even her fellow actors, correct her on it??? 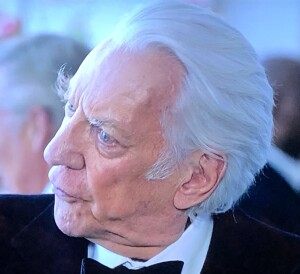 ~ But the biggest mystery of all is—drumroll, please—why didn’t anyone, anyone at all, trim Donald Sutherland’s hideous, uber-distracting eyebrows??? I could barely pay attention to his excellent acting because of those nauseating babies. (But I am very impressed with his full head of luxurious hair, at eighty-five years-old!)

I know that many other viewers have even more questions, (i.e. what happened to the money Franklin gave Jonathan, why didn’t the killer dispose of the murder weapon, who was the other woman Jonathan slept with, etc.,) but those are all easily explainable, or not at all important, so I’m not going to address them here. (But if you have questions, please leave them in the Comments below, so I can answer them one by one.)

All those situations aside, I must laud every single actor in the show—each one was amazing, a word I reserve for when it’s truly deserved. Of special note to me are Noah Jupe as the son, (who I never guessed for even one second is British!,) Edan Alexander, (whose face started the entire series on a high-quality note,) as the son of the murder victim, and Noma Dumezweni as Jonathan’s tough and brilliant lawyer. And Mr. X laughed when I predicted that we will never see gorgeous Ismael Cruz-Córdova, who plays the deceased woman’s husband, in a comedy. That guy is intense! I can’t even picture him smiling. 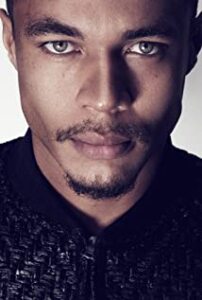 As to the outcome, I admit I was wrong in my first assessment. But when Nicole Kidman has a basically blank, non-moving face throughout, I could never tell what she was thinking. (That’s not a slam on her acting—she was perfect. I now just have to go back and watch the entire series to see what subtext they were all portraying.)

The day of the final episode, I told Mr. X the killer could really be anyone: the wronged wife, her rich father, her possibly sociopath-inherited son, her mysterious best friend, the dead woman’s aggrieved husband, even the Latino detective, and I had a reason behind them all. But the very last thing I said on the subject was, “Maybe it really is Jonathan. Just because he swears he didn’t do it, why are we believing him?” I should have listened to myself.

The writers told us who did it right there in Episode Two. Grace’s best friend, Sylvia, says to her, “It’s always the f**king husband.” Why didn’t any of us heed her prophetic words?!

I know some people are begging for a second season of The Undoing, but that’s just nutty. The mystery is solved, and that was the fun. We don’t need to see what happens next. Grace, her son, and father should move to Europe and never come back. Dot, dash, end of story. Or is it?