Trending
You are at:Home»TELEVISION»TELEVISION: THE BACHELORETTE, SEASON 17
By Karen Salkin on August 13, 2021 · TELEVISION

Once again, I’m ashamed of myself for watching this nonsense. But since I started, (in my defense, it was during the pandemic lockdown,) I haven’t been able to quit it. To his immense shame, I’ve even roped Mr. X into viewing the show with me. 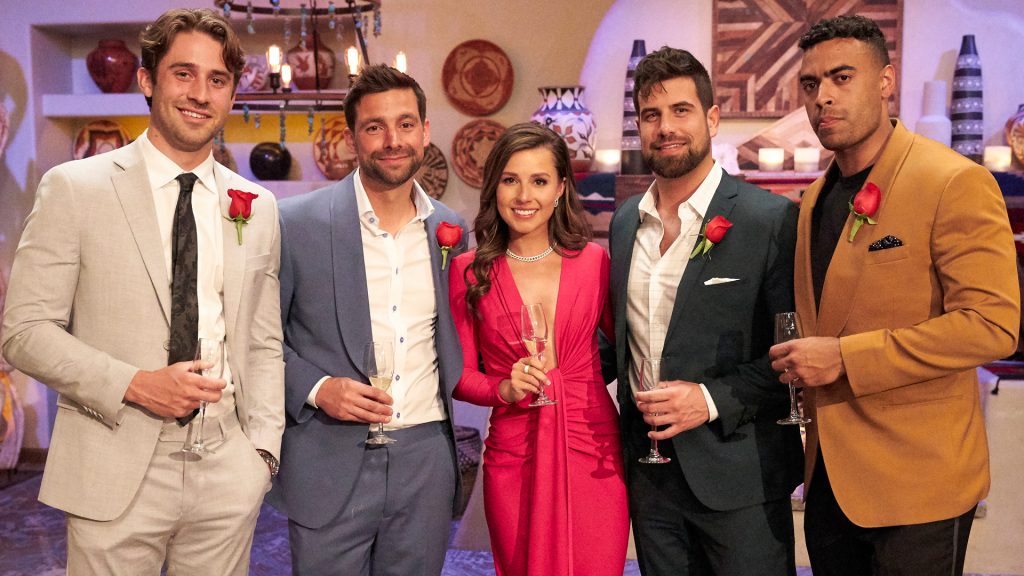 Katie Thurston with her final four boyfriend options. (But then the two on the left left voluntarily before she made her choice.)

But honestly, (as Tayshia Adams, one of this season’s co-hosts, was prone to beginning every sentence with during her time on the show,) The Bachelorette (and The Bachelor, too, of course,) is a riot! An accidental one, of course, but a riot nonetheless.

And this season was one of the funniest. Many of the guys were goons, and Katie’s choices along the way were often head-scratching.

But the main aspect of it all that I want to discuss right now is the ending. From the very first one-on-one “date,” most everyone with a heart could tell that Katie and contestant Greg were gaga over each other. Greg was the only really normal guy there, one who I would have set my friends up with, so I rooted for them to wind-up together. 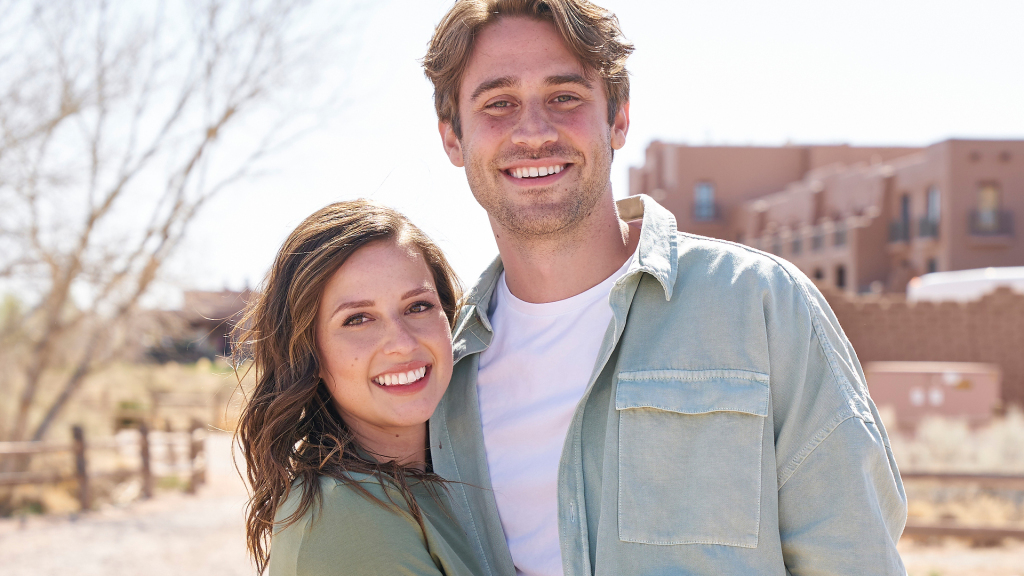 Had Katie followed former Bachelorette Clare Crawley’s lead, she would have told the producers right then and there that Greg was her guy, and she couldn’t go through the whole season of making-out with men she’s not into. Dot, dash, end of story. She would have had her happily ever after.

What I told Mr. X right away is that Katie and Greg seemed like a couple who, in real life, would have dated, become boyfriend and girlfriend, and probably gotten married down the road. But the uber-fake world of this show makes that impossible. 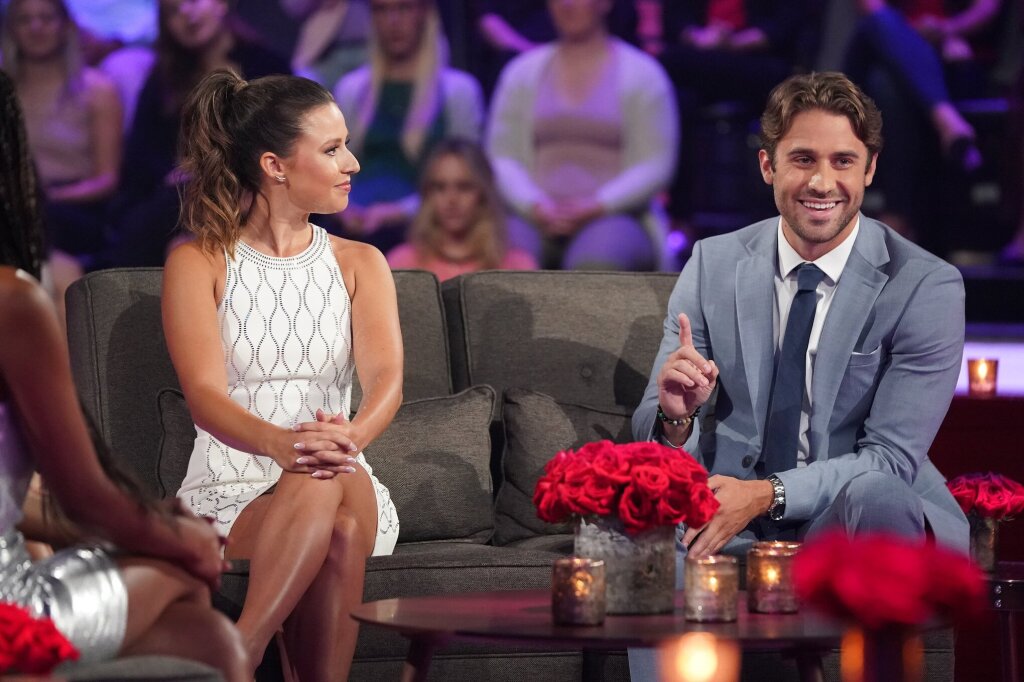 …to this, on the After the Final Rose segment of the finale, when Katie confronted Greg about leaving her near the end. Just look at her trying to control the anger on her face!

Still, I never had even one doubt that those two would wind-up together. I held onto that thought even after Greg left the competition, (yes, that is exactly what this show is,) on the penultimate episode of the season. I assumed he would be back on the finale after his dramatic departure the week before, with the surprise of those two riding off into the sunset, on the road to couplehood.

I was shocked when at the beginning of the finale, they showed a preview of Katie confronting Greg later on in the wrap-up section of the show. Even then, I thought it was some sort of crazy tease to throw us off, and there would still be a surprise ending.

But no—Greg was really done. He was right about most of what he said on the live after-show, but after “hometowns” (which is Bachelor-speak for meeting the guys’ fams,) I thought that Katie was giving him every clue that he’s the one she was going to pick. I assumed that the show producers wouldn’t let her come right out and say it to him on the air, what with “fantasy suites” (don’t ask if you don’t already know what that is) coming up. But it seemed to turn-out it was her choice to not slip that info to him, which made him correct in his verbal assessment that she was more into her role as “the Bachelorette” than into their real-life relationship. 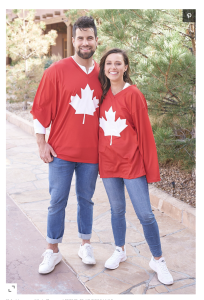 Katie with her new fiance Blake. He said this date is when he knew he loved her. So Canadian of him, eh?

What’s even crazier is that she was able to “be in love” with someone else a few days after Greg left!!! How is that even possible? She was crying her heart out, and said she wanted to go home without Greg there, which was basically an admission that she wasn’t enamored with the final duo of men who were still there.

At one point, in trying to get Greg to stay, she even slipped and said he was the one from the start! So is Blake, the default “winner,” so dumb that that was okay with him? Even after he saw the show??? Does he not realize that he’s just sloppy seconds??? Katie declaring her love for Blake so soon after she was left devastated by losing Greg reminded me of the TV series The Last Man on Earth, where the title character played by Will Forte had to force himself to couple with the character played by Kristen Schaal because she was the last woman on earth!

Katie’s behavior on the live After the Final Rose segments of the finale made it so obvious that she’d still rather be with Greg. Every girl could see that! She was trying sooooo hard to convince everyone, mainly Greg, that she’s very much in love with Blake.

So Blake and Katie really do deserve each other. And, after seeing Katie’s round mound of rude Aunt Lindsay on that last episode, I’m sure that Greg knows just how big a bullet he dodged. Katie herself had said on the show that you can’t be sure of a partner until you’ve met their family. (I’m paraphrasing, of course.) And, as in love with Mr. X I’ve been since the first second I laid eyes on him, if he had had a lunatic like that woman in his family, I think even I might have headed for the hills!

But the new couple both seem desperate to be in love, with anybody who will have them! (This is the third Bachelorette whose heart Blake has tried to “win,” while Katie tried for the last Bachelor, and became this seasons chooser only after that other guy rejected her.) 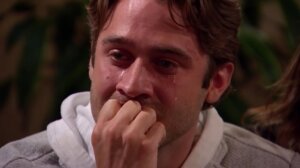 Real tears and emotion from Greg? Or just soap opera audition ones?

And by the way, while Mr. X and I bought every second of Greg’s as sincere, one of my younger friends, who’s been watching this show for about a decade, told me, “Greg is a lying actor; he’s been trying to get on this show forever.” He did study acting a handful of years ago, but very many young singles try to get on these shows for a variety of reasons, few of which involve thinking they’ll find the love of their lives, so that’s not really something I can factor in to my assessment of the guy. Maybe time will tell which of us is right about him. I hope it will prove that I am the correct one! (But if it is my friend, I say put that boy on a soap opera asap—he’s a natural!)

I just realized that there’s one more aspect of the Bachelor franchise that I must discuss. And that is—how can all these people just make-out with strangers??? And multiple ones, at that. Even Mr. X thinks it’s disgusting. (And he’s a former player who hooked-up with way more people than he was really interested in, back in the day.) I myself have never been able to kiss someone I wasn’t at least close to nuts about. In high school, my best friend I often double-dated with told me that if I didn’t kiss the guys who took me out for a chaste month at a time, each one would give up. She told me to just make believe so-and-so was some movie star, and go for it. Even though I had great fun with each suitor, I couldn’t kiss them, so I had to move onto the next. (And they were all pretty cute.)

My best friend in recent years was a beautiful divorced girl, with a plethora of men always after her. Alas, not quality ones. But she wanted to find a boyfriend, so she kept dating. And she called me after each outing, and said how creepy each guy was. But they had made-out, anyway. When I asked how she could do that, before the question was even out of my mouth, her answer was a firm, “Alcohol!!!” And then we laughed like hyenas. The first time, that answer took me by surprise, but then we did it just as a ritual. 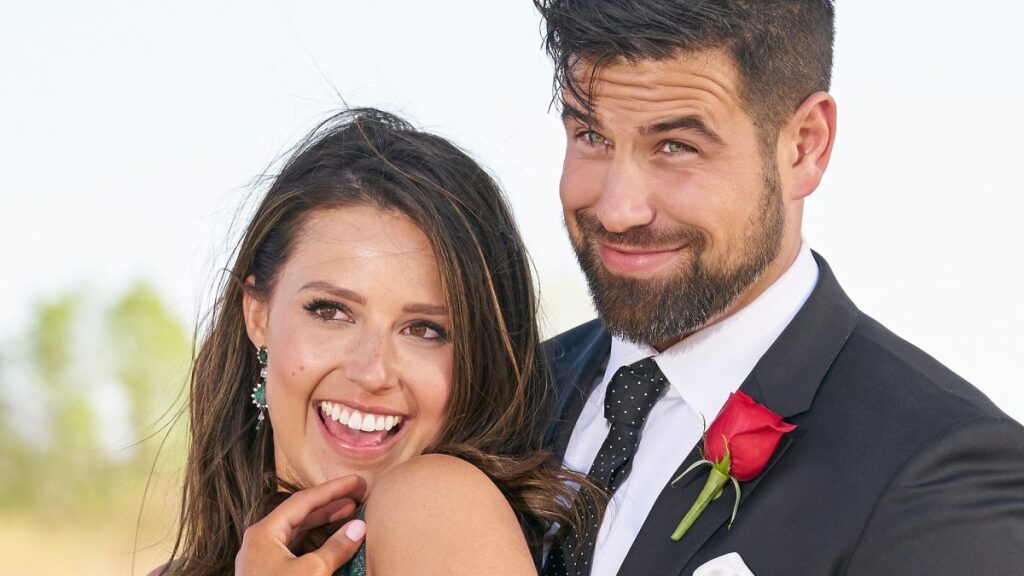 The happy couple, Katie and Blake, when they got engaged. I can’t wait to see how long it lasts!

So getting back to The Bachelorette on this topic, I don’t know how much alcohol is involved on that show. The participants do always seem to have a drink in their hands, but who knows what’s in the glasses. So how can two complete strangers just throw the mac down at a moment’s notice??? And how could Katie not mind all those guys grabbing her legs, thighs, butt, whatever they could get their hands on?! No kidding—it really does boggle my mind.

As I’m continuing to write this, I realize that there is soooo much more to say about all this craziness. Like: why was Blake listed as a “Wildlife Manager” on the show, when he’s been unemployed for so long that he was able to vie for not just this one, but three bachelorettes??? And does Katie herself even have a job? After all, she went right from trying to “win” the previous Bachelor to her own season of the show, which is all very time-consuming. And why did she now move from Washington state to San Diego when her fiancee lives in Eastern Canada???

The best lines I’ve heard that summed it all up are from David Spade. The night of the Bachelorette finale, he subbed for Jimmy Kimmel. While announcing his guests for that show, he said, “Bachelorette Katie is here with the guy she’s probably going to break-up with in four months.” And he added later, “Katie Thurston finally chose her future ex-fiancé.”