Trending
You are at:Home»TELEVISION»TELEVISION: SUMMER 2012 COMPETITON SHOWS
By Karen Salkin on May 29, 2012 · TELEVISION

As I stated in my wrap-up of this season’s American Idol and Dancing With The Stars, (which you can read here: itsnotaboutme.tv/news/2012/05/24/televisionkarens-rants-season-outcomes-of-dancing-with-the-stars-and-american-idol,) I need at least a small break from these competition shows! I know the networks put the summer shows on immediately after the finales of the other two in order to keep their audiences engaged, but I would really appreciate a brief breather. [Note: Actually, NBC did give us a few weeks between The Voice and Duets, but they threw America’s Got Talent right on.]

But on-the-air already they are, so I’m here to offer my humble musings on their beginnings. 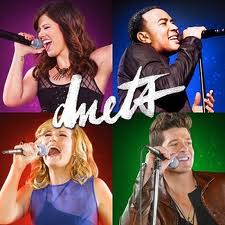 Here’s a shock (seriously): I’m actually a fan of all four celebrity judges on this one! (John Legend, Jennifer Nettles, Kelly Clarkson, and Robin Thicke.) Not a die-hard one, but I really like most of their music.

Here’s how it works, in case you missed the premiere, (and the hundred re-runs of it): Each judge duets with two contestants. They move the show along by not showing us most of the tedious audition process, but we’re also left a tad confused as to exactly what went on to get to these eight contestants.

No matter. Not counting how great all the actual songs were, out of the eight amateur partners, there were four really good ones. The problem with this format is that only the other three judges vote (anonymously on this show) on the performances of the one judges’ discovery. So, each one might not give each contestant their true value, to bolster their own team member’s chances. Kelly even said that it was a tad suspect that her two were the lowest-ranked singers. (One deservedly so, in my opinion, but Jason Farol should have been second from the top!) So, from here on out, I suspect that she’ll be marking everyone else’s singers way lower than she did on the first show.

I guess the judges/mentors take an oath of fairness, but I just don’t think it’s working. Perhaps they should have the studio audience vote, since the series wasn’t allotted a second night to allow for phone-in votes.

But my main question is: since they stars sang just about every hit they have on the premiere, what are they going to sing on the rest of the season’s episodes? That will be interesting, and perhaps a little sad, to see.

As always, I’m just routing for fairness to prevail on this one.

SO YOU THINK YOU CAN DANCE—SEASON 9 (WOW!)

Right now they’re only in the beginning stages, so we still don’t know how the actual competition will work this season. Fox idiotically cancelled the second night this year, which is where we not only got the results, but were treated to special musical and dance performances, many from future stars. This is the place that many of us discovered Lady Gaga, Katy Perry, and several others. What are we to do now???

As I’ve written many a time, I feel that dancers are really undervalued in the world of show business. Unless they can also sing and act, like Sutton Foster who’s a major Broadway star, (and will soon be starring in ABC Family’s Bunheads, about a dance school,) the only other recourse for them is to wind-up in the background, dancing their little hearts out behind often much less talented singers. It always breaks my heart, not just as a former dancer, but even more so as an audience member.

SYTYCD is one of the very few places where dancers get to be stars, for at least a little while. So, to cut out that extra night, where dancers other than the competitors would get to be spotlighted, is a show business travesty!

It always amazes me that there are so many incredibly talented dancers in the world. The dedication it has taken them their whole lives to get to this point is mind-boggling! And what a shame that only twenty of them get to make it onto the show. Worse yet is that we, the audience, will most likely forget at least ten of them before the summer is over. At least, unlike other “talent” shows, (see below,) no pretenders or human oddities can make it up the ranks to the top; every single person who makes it to Vegas is talented.

Only the first two audition shows have aired as of this writing, but already we’ve seen way over twenty deserving dancers. Outside of having to listen to the annoying host Cat Deeley, and the even-more-annoying judges, (none more full of himself than “executive producer” Nigel Lythgoe,) I look forward to every episode of this series.

Dance on dudes! And dudettes, of course. 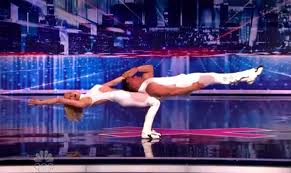 This season of AGT was a hard one for me to decide to watch. I love seeing the variety of talent around the country, (the real talent, not the losers they choose to embarrass,) but I detest Howard Stern. I wasn’t even a fan of the original panel lo those many years ago, (sour Piers Morgan, full-of-herself Brandy, and still-a-joke-but-ignorant-of-that-fact David Hasselhoff,) but at least the show was about the talent. Over the years, the producers have made it more about the judges, first with Sharon Osbourne, (what’s her talent again?,) and then adding Howie Mandel, and now Howard Stern.

So, I was really torn over spending more of my limited time on this show this season. But, Mr. X wanted to watch it, (I usually had to force him into it in the past,) so I had to take advantage of family time with my man.

And you know what? It’s okay! I absolutely looooove Nick Cannon, so I’m glad I didn’t deprive myself of watching him in action. And the Stern creep is basically well-behaved, and doesn’t get in the way of my enjoyment of the acts. (I even felt a little bad for him last week when he went onstage to do a fake strip with a bunch of buff guys; he looked like a transgendered person, only I couldn’t tell in which direction he was going! Mr. X added that he looked like he got caught in the middle.)

And I’ve been rewarded with seeing some wonderful performers, like Donovan and Rebecca, the married couple who do truly amazing power-balancing.

So, I’m happy to continue on with this series, as well as the other two. As long as they don’t let some no-talent, such as the singing chicken-catcher from a few seasons ago, win again.