Trending
You are at:Home»TELEVISION»TELEVISION: NEW FALL TELEVISION SHOWS 2015—PART I
By Karen Salkin on October 16, 2015 · TELEVISION

Even though I’ve loved watching TV since I was a little girl, I just don’t have that kind of time anymore.  I have no idea how so many people with families and full-time jobs are able to watch everything!  People always want to discuss the big shows with me, (like Game of Thrones, Breaking Bad, Ray Donovan, Downton Abbey, American Horror Story, Mad Men, and the like,) and I can’t believe they have time for all that!  How can anyone watch the entire CSI franchise???

I still have half a dozen series from last season to catch-up on!  And, no fooling, I only recently watched the series finale of one of my favorite shows, The Mentalist…from last February!!!

But for your sake, dear readers, I’ve been forcing myself to make time to watch this year’s new shows, to give you my takes on them.  So, before we get any further into the season, here are my thoughts on the first bunch to be aired.  [Note #1: There are a few I just could not force myself into, like Best Time Ever, and Heroes Reborn, so sorry I have no reviews of those.]  [Note #2: I tried to watch at least two episodes of each, to be extra-fair.] 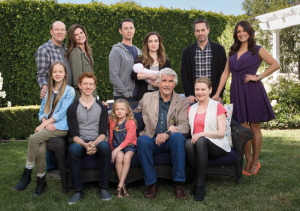 Life In Pieces (CBS)–This sitcom is perhaps the best new show of the season!  It’s well-done on every level.  Mr. X and I were wishing the pilot was longer, and we couldn’t wait till the next episode!  And it’s one neither one of us had heard, or read, even one word about!

The Grinder (FOX)–Love this show!  The pilot was perfect!  Love Fred Savage.  So good to have him back on the tube.  I hadn’t realized how funny Rob Lowe is.  Actually, I think this is the first show I’ve ever seen him on, ever!  The wife is good, too.  I’ve never been a fan of William Devane, so it’s hard to watch his creepy self, but I won’t let his presence ruin this truly entertaining show for me.

Quantico (ABC)–I hate to admit it, but I am hooked on this one! So many mysteries abound in just the first few episodes, and I haven’t figured even one of them out yet! 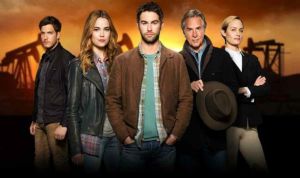 Blood and Oil (ABC)—This oil-industry primetime soap opera features excellent casting all around. I think I’ll probably be done with it soon, but it’s nice to see a show where I can picture each character so distinctly.

Blindspot (NBC)—This show has way too much violence, (and predictable action, at that,) but I’ve continued watching, anyway, when I’m bored. And why do they feel they have to do all extreme close-ups??? We really don’t need to see the lead guy’s horrible bottom teeth that clearly. Back off a taste, Mr. Director, will you?! 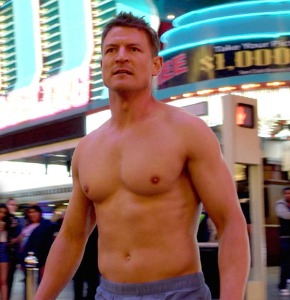 Philip Winchester. Love this guy. (That’s him at the top of this column, too, of course.)

The Player (NBC)–This mystery/crime drama has way too many holes.  And the female lead, Charity Wakefield, (great name, bad face,) is so annoying.  Plus Wesley Snipes looks crazy, and is made-up like a fool.  But I have to watch it for a bit because the star, Philip Winchester, is sooo gorgeous.  I was probably the only person who watched every episode of the long-gone, deathly boring Crusoe just to look at him!

Limitless (CBS)–I’m sort-of surprised that I liked this one.  I didn’t see the movie, so even the premise was all new to me.  It’s okay, but sort-of weak. I don’t think it will last very long. But it’s kind-of nice to see a very unattractive girl (Jennifer Carpenter) as the female lead.  I never understand why the women police, doctors, detectives on all these shows have to look, and dress, like models.  (Stana Katic of Castle, anyone?) I can’t figure out how Jennifer got the gig in the first place, but good for her.

Rosewood (FOX)–This one is pretty bad, but I’ll probable continue watching it when I’m bored because I always find it easy to watch non-painful murder shows.  But it really is pretty dreadful, on every level.  It’s a weak premise, the acting is mostly awful, and the pilot featured a stupid story.  It’s all trying too hard: a cocky male lead, (who’s secretly physically ill, of course,) a Latina to fight/flirt with (which is such a stupid relationship–no real grown-ups in real jobs talk like that when they first meet,) and a black and white lesbian couple.  Give me a break!  It’s all so contrived.  It’s a weak lead-in to the so-far-still-fun Empire.

Code Black (CBS)–It’s really just another hospital procedural, but you can’t look away for a minute, or you’ll be confused. (Well, even more than you already are.)  I don’t think I’d care if I never saw it again, but if I’m bored one night, I might go back for more.  (I hate listening to Luis Guzman speak, by the way, but he should give hope to all character actors everywhere. But I do need subtitles every time he has even one line.)

SUCKS THE BIG ONE 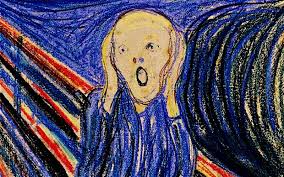 This is what I feel like watching Scream Queens.

Scream Queens (FOX)–This is just awful and stupid, with dreadful acting and worse writing.  Possibly the worst show of the season!  Ugh.

Minority Report (FOX)–I had a hard time getting though even the pilot of this one, (and I could not go back for more.)  I was bored to death after only a few minutes, and had to keep forcing myself to return to it. It seemed to be a lot of running around and confusion.  And that was just the first six minutes!  It may just be me–I’m not a fan of futuristic stuff.  I didn’t see the movie, so the story was all new to me, and I didn’t care about it. On a technical note, this is supposed to be far in the future, but the clothes are definitely too of today.

I’ll finish-up the Fall Premieres in Part II in a week or two. Something to look forward to, eh?