Trending
You are at:Home»TELEVISION»TELEVISION: FALL TV SHOWS 2021
By Karen Salkin on October 12, 2021 · TELEVISION

I have not sampled as many new network TV shows this year as I usually do because after a year and half in the house, I realize there’s just not enough time in life to waste any. (I even just cold turkey quit Riverdale, which I had never missed an episode of up until a few weeks ago, and it felt great to delete those last few built-up ones from my DVR!) 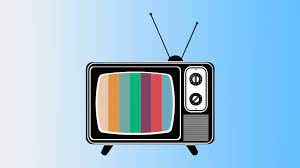 Also, I never watch any of the “crime franchises,” such as anything that begins with CSI, Chicago, Law and Order, or FBI. I also could not bring myself to watch the new Wonder Years; the original is sacred to me, and I’m just not feeling a remake, even with Fred Savage, (the star of the original,) involved.

And, actually, there really aren’t many new series debuting in 2020! I’m sure that’s because the entertainment industry was as impacted by the pandemic as so many others were.

So, therefore, I have fewer shows to review for you this go-round. Out of the quintet I have seen, I’ll be sticking with two and a half for at least a while longer. Here are my thoughts: 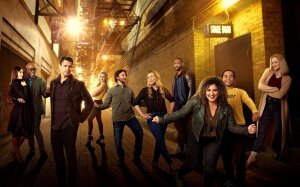 The Big Leap (FOX)–This is my number one new show! I can’t get enough of it! And it’s the only one Mr. X and I watch together. In case you’re not aware of it, it’s a fictional story about a “reality dance show.” We checked it out expecting to see great dancing, but there’s actually little dancing, great or otherwise. It’s all about the characters. They’re interesting enough, but many of the lines, especially the ones perfectly delivered by Scott Foley, (who I never knew was funny,) are a riot!!! I love the writing. I guess it’s classified as a dramedy, but it’s heavy on the subtle comedy. When each episode I’ve seen so far has ended, I always cry, “Oh no!” I don’t want them to stop. And oh—most of the actors have no more than three credits to their names! Very surprising. 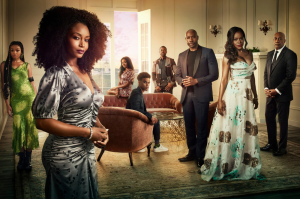 Our Kind of People.

Our Kind of People (FOX)–Even though I know this show is a tad too melodramatic, I can’t stop myself from watching it. It’s about the community of rich black residents of Martha’s Vineyard, and all the drama that ensues. I guess it’s sort-of what the original Dynasty was like—great outfits, fabulous hair, family dysfunction, and…no believability whatsoever. What’s not to like? 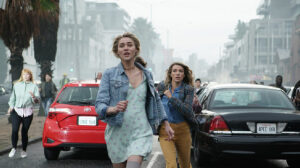 La Brea (NBC)–This the “half” I mentioned above. It’s not good enough for me to waste my time on, but if I’m sitting around bored, perhaps I’ll go back for more. It took Mr. X and me two sittings to get through the pilot, and so far, we’ve gotten through less than half of the second episode. It’s basically Lost, but underground instead of on a mysterious island, and due to an inexplicable sinkhole, (in the middle of Los Angeles, of course,) as opposed to a plane crash. Oysh. The only thing interesting about the show so far is that we’ve been on the block (where the original tragedy takes place in the series) by the museums hundreds of times, so it’s kind-of fun to see it on a TV show, especially the La Brea Tar Pits’ elephants and the Petersen Automotive Museum, whose architects I’ve even hung-out with! 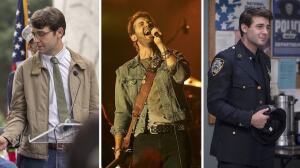 Ordinary Joe (NBC)–This story of what life would be like if Joe had chosen one of three paths is just annoying. It would be okay for one segment of a show, but to watch the action keep going back and forth for an hour is sort-of torturous. And unbelievable. There’s just so much wrong with it. We’re supposed to believe that if he married one girl he’d be a true rock star, but if he had wound-up with the other he’d be a…nurse. But he would have the same child either way. Puh-lease. That’s just nutty. And oh—if he hadn’t chosen either of them, he’d be a cop! I don’t see this show lasting long—sadly, even though he’s cute, James Wolk, the star, has a long history of being on short-lived shows. 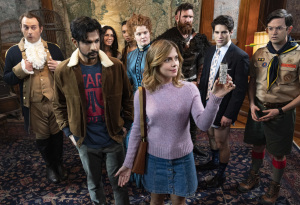 Ghosts (CBS)–The premise of this show is sort-of like Topper…on steroids! I loved Topper way back in the day, (in syndication, of course,) but this one not so much. It’s supposed to be a comedy, but there are just waaaay too few laughs and waaaaay too many ghosts! My head hurt just thinking about the stress of shooting this show! And, of course, it’s pretty stupid. But it’s on CBS, the network with a plethora of questionable decisions, so perhaps it will last longer than a few episodes. I reiterate perhaps.

While I’m on it, how CBS could have cancelled the wonderful The Unicorn, (the title of which was possibly taken from many people’s assessment of Mr. X, even though it’s for a different reason than the show’s main character,) but kept the painfully unfunny B Positive, (which we were positive wouldn’t last three episodes at the beginning,) and the absolutely dreadful The United States of Al, is beyond belief. So we never know what the powers-that-be over there will do.

Okay, that is it for the 2021 new shows on network TV. (So far. When a few more debut, I’ll be sure to review those for you, as well.) The best part about it is that the dearth of options sure gives me sooo much more time for other things. Like trying to find even one good film before the 2022 Oscars!