Trending
You are at:Home»SPECIAL DAYS»SPECIAL DAY: MY 1,000TH ANNIVERSARY WITH LOS ANGELES!
By Karen Salkin on July 27, 2016 · SPECIAL DAYS

MY 1,000TH ANNIVERSARY WITH LOS ANGELES!

[Note: Yes, it’s the same length of time that I recently stated I’ve been with Mr. X. itsnotaboutme.tv/news/special-day-my-1000th-anniversary-with-mr-x. I met him on my fourth night in town, as a teen!]

As I do with all “Special Day” or “Holiday” columns I write, I look back at all the previous ones I’ve written for those same days in the past years of this e-zine’s existence. I do that for two reasons: a) because I never want to repeat myself, and b) for inspiration. I just even noticed that one of my past “Anniversary With LA” columns reminded me to tell a certain story the next year!

So, as I was reading the four of these celebrations I had written before, each one made me think I could not do better the next year. I mean, come on—how much is there to say about the same topic that’s special to only me?! 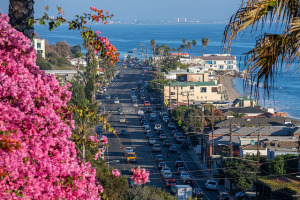 This is Pacific Coast Highway in Malibu. And the big one above is my beloved Westwood Village, my first home in Los Angeles.

But, I was shocked, and very pleased, to discover that each one of them was soooo different from the others! One told of my celebration ritual, one explained the reasons I stayed here as a teen-ager, and one even featured a fun story of how I got Mr. X to celebrate with me two years ago when he just really wasn’t into it. (Great quote by him towards the end of that one, by the way.)

And I was happy to see that every single one of them expressed my supreme love of this city. I seriously cannot imagine living anywhere else. When I read of celebrities who choose to dwell elsewhere, I actually get nervous for them. I mean—how has one-hundred-year-old Olivia De Havilland lived in Paris for most of her life?! I know it must be beautiful there, but how could a bona fide Hollywood star live anywhere other than…Hollywood?!

So, in case you don’t mind harking back with me this year, (or even want to, as I think might be the case with some of my most ardent INAM readers, for whom I’m eternally grateful,) this is what I’m going to do. I’m about to give you the links to the Anniversary columns I’ve written before, (they’re all short, by the way; not my usual tomes,) and hope that you enjoy them as well, whenever you have some spare time.

And what will I be doing today? Being that my anniversary falls in the middle of the week this year, I think I’ll stay put for today, and do my usual Malibu thing this week-end. (I’m not as date-strict as I once was.) I’ll be reading these links along with the rest of you, (knock on wood,) and just loving Los Angeles, as I do every day!

And wishing a very Happy Anniversary to L.A and ME!

Here are the links:

2010: The story of my ritual: itsnotaboutme.tv/news/miscellaneous-l-a-and-me

2012: A somewhat sad, but interesting, one, explaining why I missed it the year before: itsnotaboutme.tv/news/miscellaneous-l-a-and-me

I missed 2013 because both my hands were injured, so I couldn’t type for awhile.

2014: My favorite one! The story of how I got Mr. X to celebrate with me that year! itsnotaboutme.tv/news/special-day-my-anniversary-with-los-angeles-again

2015: And finally, the story of why I stayed in LA to begin with! (And it’s complete with a pic of the teen-age me!) itsnotaboutme.tv/news/special-day-my-anniversary-with-la-again