Trending
You are at:Home»OLYMPICS»OLYMPICS: THE 2020 SUMMER OLYMPICS WERE SUPPOSED TO BEGIN TONIGHT!
By Karen Salkin on July 24, 2020 · OLYMPICS

THE 2020 SUMMER OLYMPICS WERE SUPPOSED TO BEGIN TONIGHT!

As many of you know, I’m just about the biggest sports fan around. One of my friends even stopped speaking to me years ago because she said it was hard to work our friendship around my sport-watching schedule. (She had other crazy reasons, as well, like that I was more concerned for my mother than myself when my father died, but those are issues for another time.) 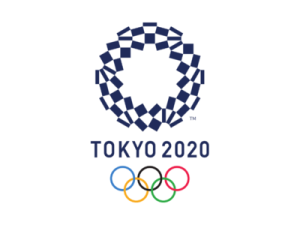 But, unlike most others I’m aware of, I am not anxious for the return of sports this coronavirus pandemic. It’s not fun for me to see people risking their lives by playing sports for mainly the amusement of others. I feel like it’s gladiator time all over again. I was praying that stars like the Yankees new ace pitcher, Gerrit Cole, whose wife just had a baby, and the LA Angels’ Mike Trout and the Seattle Seahawks’ Russell Wilson, both of whose wives are about to give birth, would be smart enough to sit out the upcoming season because there’s absolutely no sense in endangering newborn babies like that. But my prayers did not get answered. Now I just hope that they all stay healthy. 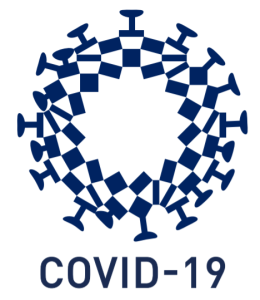 …has turned into this!

All that being said, I feel awful for all the potential Olympic athletes, whose chance at glory comes around only once every four years. But there was absolutely no way the competition could go on as planned, with the current world health crisis being what it is. The Tokyo organizers held out hope as long as they could, but they just had to postpone. No athletes would have been able to be near each other, there could be no spectators nor families, and the participants would not have even been able to train for the past four or five months!

Tonight was scheduled to be the Opening Ceremonies for the 2020 Summer Olympics. The only good thing about it being postponed to 2021 is that my blood doesn’t have to boil tonight when they keep making the word that should be “Ceremony” plural. It’s one ceremony, people! Granted, four hours of it, but just one! When I hear the broadcasters say “CeremonIES,” I get as angry as I do when someone refers to each final of an event, such as competition shows or other sporting events, as “FinalS.” Final is final, period. It’s the last one. Of anything. Grrrr.

Okay, I’m getting a bit off-topic here. (Ya think?!) My sadness today about the necessary postponement is mainly for the Olympic athletes, but also for the fans, who plan their trips to each Olympic city years in advance. And for the businesses in the chosen cities and countries who count on that tourist revenue each quadrennial. And for all the people who perform in the opening and closing shows, and for the workers at the various competition venues, from the judges to the timers to the drivers to the janitors! My heart aches for each and every person affected by the postponement. 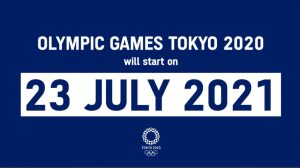 But now we have hope for this!

But, alas, it has to be this way. Absolutely.

I’m just praying that this global pandemic will be over by this time next year. And that the athletes who had their bodies, minds, and souls fine-tuned for this year will still be able to triumph in twelve months time.

And no matter what, you know that they’ll all have me in their corner at all times!