I can’t believe that grammar gets just one day to be celebrated—I wish it occurred every day, for all of us! It certainly does for me. 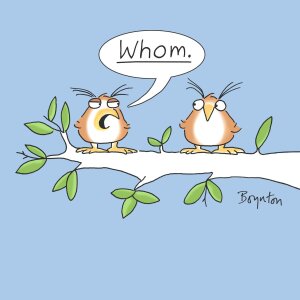 So here’s the deal—for about a year, (the entire time I’ve been in the house for the duration of the pandemic,) I have watched more TV and talked to more people on the phone than ever before. So I’ve been making a list of some of the most egregious and/or common grammatical errors I’ve heard. I’m actually sooo shocked that soooo many people are sooooo uneducated! It’s torture for me, who grew up with parents who were English and Speech teachers. (Yes, I realize that people do not have to speak correctly in every instance, but it boggles my mind that some don’t get any of it right!)

I was saving that sadly-long list to turn into an article here on INAM at some later date, as the errors, both spoken and in print, kept piling-up. But the problem is that I was writing it on my laptop, as I watched television, and then a few weeks ago, my laptop crashed! Totally. It’s now deceased. And, until the world is normal again, I have no plans to get a new one, at which time I believe my work can be transferred over.

I wasn’t too concerned about the lack of all that writing at this time until I realized that today is…National Grammar Day! It would have been the perfect time to break-out my article on the topic. So I’m saving that loooong list for another occasion, (when I can get it off my laptop.) There’s never not a good time to school people on grammar, am I right? 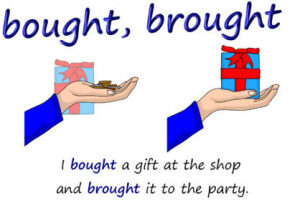 A little sample from my previous article.

So, for now, let me tell you that there are soooo many grammar mistakes that really bother me, but there are two especially, about which I’ve corrected people, to no avail. They’re like nails on a chalkboard to me. Here’s the link to a major one I discussed in this e-zine last year; it was important enough to receive its own column: itsnotaboutme.tv/news/karens-lessons-the-difference-between-bought-and-brought.

Now let’s discuss the other, which I was thrilled to see Jane Lynch correct a contestant about on The Weakest Link a few weeks ago. (You really do sound like a moron if you use this one, so you may want to learn the rules here.) It’s when someone puts him-or-herself before the other person or person in the sentence, such as, “Me and him!” First of all, as in much of life, you should always put yourself second!!! Period. Dot, dash, end of story. Some people who actually do that part of the sentence correctly then mess it up by thinking they sound smarter if they use “I” instead of “me.” 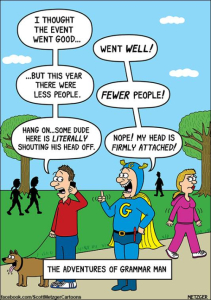 That was going to wrap-up my grammar lesson for today, but I have to mention two more that drive me nuts.

“Less” is for something that cannot be counted, as a liquid, as in, “I drank less orange juice than I did yesterday.” “Fewer” is for something that is counted, as in, “I drank three fewer ounces of orange juice than I did yesterday.” See the difference? Ounces can be counted, hence the use of “fewer,” while just liquid in general cannot, so you use “less.” Also, fewer minutes, but less time.

Okay, there are tons more grammatical errors I hear on a daily basis, but I’ll let you guys digest these lessons for now. 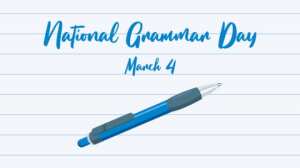 If you have one that gets on your nerves, or want to ask me the correct usage for anything, please share your thoughts in the Comments section below. I promise to get back to you.

And to everyone who celebrates any language, I wish you a Happy National Grammar Day! My wish for this day is that we all make the effort to speak correctly at least today. And who knows? Maybe it will stick!