Trending
You are at:Home»LISTS»MY FAVORITE FOODS, EVEN IF I DON’T HAVE THEM OFTEN
By Karen Salkin on April 16, 2014 · LISTS

MY FAVORITE FOODS, EVEN IF I DON’T HAVE THEM OFTEN

Between gaining weight from meds for my hands, (never take prednisone if you want to stay thin!,) having to stop exercising because of my broken back, and finding out that I have super-high cholesterol, (which I never even knew what that word meant!,) I finally realize that I, a foodie from the get-go of life, have to change my crappy diet, which has been one of the great joys of my life.

In high school, when my posse and I spent many a night on our “hang-out” block, we had to go into an eatery for part of the night, to sit down, be out of whatever elements we were facing in New York, and recharge before we continued flirting with the boys. My friends, who were all of normal weight or a tad chubby shall we say, consumed just diet cokes and pickles, while skinny I had a hot fudge sundae. All by myself! 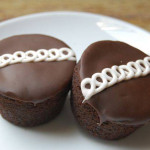 My teenage diaries mention what delicious meals I ate every day, especially the ones at restaurants. And I lived on chocolate confections. For breakfast, daily, I had some chocolate cake creation, (Ring Dings, Hostess cupcakes, bakery brownies, and when I was really little–Ebinger’s famous chocolate black-out cake,) and the same thing again as an after-school snack and before bed one, too. How was I not obese??? And how kind of my parents to allow it! (Or just crazy of them.) I didn’t like breakfast food, and still sort-of don’t, but I can’t eat just chocolate for breakfast anymore. (Although a small stack of chocolate chip pancakes and whipped cream is my perennial favorite. I actually had that very same dish here in Brooklyn yesterday, at a place named after my own little mother!)

And when I was really young, like two to four years old, I wouldn’t eat anything other than hot dogs, watermelon, and cucumbers! What a diet, eh? For a real treat, I had chocolate milk and little round soup crackers. I can still taste that deliciousness as I write this. Mmm mmm mmm.

I even refused to eat pizza until I was close to twelve! And it was a rare occasion that I agreed to eat a cold sandwich. On school trips, when we were required to bring sandwiches for lunch, my mother had to invent one I would agree to: a “bread and butter sandwich.” The teachers must have thought I was poverty stricken because they had to conclude that my family couldn’t afford the filling! When one friend’s mother got me to eat a cheese sandwich, (to be polite mainly, but also because the white American cheese looked so exotic to me,) it was a source of pride for that family, and a source of amazement for mine!

When we went on family trips, (which was often; both my parents were teachers, so we all had the same time off from school,) my embarrassed ‘rents had to beg breakfast restaurants to fire-up the grill at the crack of dawn to make me a hot dog because I refused to eat anything else. (I wish my mother was still here to ask her what they were going through with me in those times. And that she was still here period, but that’s another topic.)

I wouldn’t even eat steak, salad, shrimp, or cheesecake until I came out to LA as a late teenager, and had no money, so I had to force myself to eat what was offered.

And now, as a semi-grown-up, I still have what some consider weird tastes. And strong dislikes. So the following is my list of the top picks of both of those, even though I may have to give some up soon. The last list is of food dichotomies for me. I know you all have some of those, too, so please feel free to share in the Comments section below. 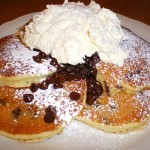 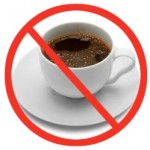 Coffee, the worst substance on earth!!!

The taste of all alcohols, especially beer

All seafood, except for shrimp, swordfish, and wahoo

Love real cherries, but can’t stand them as an ingredient in anything, like cakes, pies, ice cream

I dislike the taste of tea, in general, but love it during afternoon tea–go figure.