PEOPLE I’VE SEEN IN HI-DEF WHOM I WISH I HADN’T!

Now that I have hi-def TVs, I sometimes wish that I didn’t. We got them to be able to see last summer’s Olympics in all their glory, and that situation was great. The images of London were just spectacular. And I can’t wait to see all the fireworks shows next Fourth of July.

But now the reality sets in. We get to see every…single…person who’s on television the way they look in person, which is usually far from great, and even worse, we now have giant screens as well. In many cases, these people look terrible.

I’m not saying that I’d fare any better if I were still doing my show, but at least I have good teeth and hair and not many wrinkles. Yet.

Here’s my list of people I’ve seen so far in hi-def whom I wish I hadn’t, and the feature that got them on this list. [Note: as I’m writing this, I actually feel bad about it. Most are probably nice people, but I thought you’d enjoy a little snarking. And it’s not meant to be mean at all, or even funny, for that matter. It’s just honest.]

See if you agree, and if I missed anyone. [Note #2: I actually wrote most of this list about ten months ago, which explains the plethora of sports personalities on it, but have been sitting on it because I was worried that perhaps it’s a tad too honest. So, just take it with a grain of salt, and if you’re not an on-screen personality, count your blessings nowadays!] 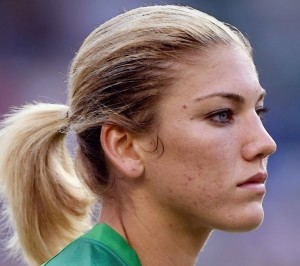 Hope Solo—her skin is as rotten as her personality.

Gabby Douglas—teeth, especially bottom ones, and skin and hair

Bobby Valentine (former Mets and Red Sox manager)– I used to think he was kind-of cute-looking, for an older, rough man, but when I saw his nose hair, and even worse, his ear hair, I almost threw-up!

Jordyn Wieber—I hate including her in here, because she already had all that sadness in the Olympics, but as bad as I feel for her, did you notice her uneven nostrils? I wonder if that can be fixed.

Serena Williams—take your pick here from among the plethora of things I didn’t want to see: sideburns, moustache, splotchy skin, and disheveled brows. But I do give her credit for losing weight. (At least she had when I first put her on this list many months ago. I haven’t seen her recently because I didn’t pay much attention to the recent French Open.)

John McEnroe–his white nose hairs are what inspired this column to begin with!  But, after suffering through having to look at his pasty-white skin, and dull white hair, during the Olympics, I was thrilled to discover that he got a spray tan and colored his hair for the US Open!  Trust me on how much those small changes helped! Let’s hope he’s kept them up for next week’s Wimbledon coverage.

Tracey Austin–wrinkled face and arms! I’m sure that’s all due to her many hours on the outdoor tennis courts, especially in the years before sunscreen. Let that be a lesson to all you sun lovers! Still has the lovely hands and nails, though.

Megan Hilty—I’ve seen her on every episode of Smash, and even in person at a show she did in town a few years ago, but I had never noticed that her arms and chest are full of very dark moles!!! So, I guess that hi-def could become a dermatologist’s dream!

Steve Buscemi–teeth, of course! I always wondered how his wife could kiss him, and then, on an awards show walk-ins, I noticed hers are bad, too!

Tina Fey—mouth scar. I didn’t know it was that bad. But it sure hasn’t kept her down! Good to know. But I hadn’t realized she had a nose job until hi-def!

On the good side: tennis commentator Mary Jo Fernandez’s hair is even more shiny and gorgeous!