With the Golden Globes coming up this week-end, followed by the SAG Awards in a couple of weeks, and then the Oscars looming after the Olympics, I figure that it’s time for me to finally weigh-in on some of this year’s contenders.  I’ve been too busy this holiday season to attend as many screenings as usual for me, but I do have a few to tell you about.

Because I had so many other non-movie-related events to attend in recent months, I, unfortunately, had to give-up screenings of several big movies that I still haven’t seen, (such as Phantom Thread, The Post, Dunkirk, All the Money in the World, Molly’s Game, The Greatest Showman, Lady Bird, and Roman J. Israel, Esq.,) but I’m trying to catch as many as possible before I have to vote for the SAG Awards in a few weeks. 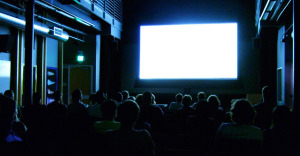 So here are my thoughts on some of the films that received nominations from one body or another, that I feel merit a sentence or two. Just remember that I haven’t seen them all, so being omitted from this short list may not mean anything. (I saw many that did not get a nod, so I’m not including them here.) And these are in no particular order.

Call Me By Your Name–My feelings about this one are so dramatic that I’m giving it its own review, along with a new video on my YouTube channel, next week! And here’s a clue—it will be far from positive! (In the meantime, if you want to check out my previous videos, on various topics, here’s the link to my channel, in general: www.youtube.com/channel/UCF7mwI2jwcB2xB9dBCBxLZg.)

The Big Sick—This is perhaps the perfect movie!  Funny, with pathos, and a sort-of real ending, which we know how it really ended in real life.  Or actually began!  (The marriage of the two leads, who wrote the film.)

Downsizing—What a snoozefest.  I kept waiting for something to happen, and/or for the point of the film to finally be revealed, but no such luck.  The only redeeming value is the fabulous Hong Chau.  Her one scene at a dining room table, about two-thirds through the seemingly endless drudgery, is a revelation.  (I’m sure they’ll show that scene on awards shows, as they announce her for being nominated, so maybe save your dough and just see her performance that way.) 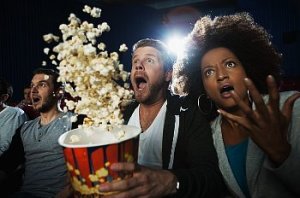 This is what Mr. X and I looked like watching Get Out!!!

Get Out—OMG!!!  Thank goodness I saw this one with Mr. X because it would have been weird to be clutching someone else so tightly, which he and I did for almost the entire film!  It’s terrifying!  And even moreso for us because we erroneously thought it was a comedy!  (Maybe I really do need to start finding-out a little bit about entertainments before I go to them.  Ya think?!)  In the very first scene, (which was never really explained, by the way,) I whispered to him, “Maybe this isn’t a comedy.”  Duh.  How this is nominated for a Golden Globe in the category of “Comedy or Musical” is beyond me.  Actually, no one understands it!

I, Tonya—It felt kind-of wrong to be laughing at this life story of disgraced ice skater Tonya Harding, but it is an amusing take on the whole sad situation. The hero of the film is Paul Walter Hauser, (as her “bodyguard,”) who has been so overlooked that I’ve been upset about it ever since I attended the big screening of the movie, and they trotted-out every other cast member but him! 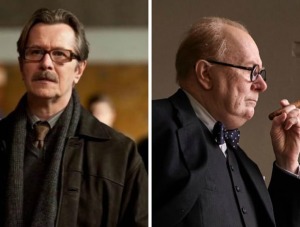 Gary Oldman as himself and Winston Churchill. As very creepy Joy Behar once said to me, on-camera, when I was a guest on a TV show she was hosting, when I entered the stage after she had seen me backstage without make-up and wardrobe–What a transformation!!!

The Darkest Hour—They need to give Gary Oldman (as Winston Churchill) the Oscar right now, and no one else should be allowed to play the iconic gentleman ever again!

Mudbound—This one was way too painful for me. I’m sure there are a zillion horrible stories like this one, that happened in real-life, (while this one is fictional,) but I don’t want to see them. The studio is trying desperately to get wins for Mary J. Blige, who is good, but would not even have the nominations to begin with if she were not a famous singer.

Victoria and Abdul—I love, love, love Judi Dench.  Anyone who doesn’t does not have a creative soul.  And I love that the opening credits of this basically real-life tale say “based on true events…mostly,” as all true-life stories should say.

The Shape of Water–I know that the correct thing to say is that this is a beautiful film, but it’s just a bit too weird for my taste. And it seems a tad long, as well. But Sally Hawkins is wonderful! As of now, she has my vote. (But I have a feeling that may change when I see Lady Bird.)