I’m sorry that I haven’t had time to review the many movies that I’ve seen this season. None of them really stood-out to me this year, as at least one or two usually do.

But people keep asking for my opinions on them all, in private, so I realized that I should share them with all of you, as well. Some will be right here, (including some non-award-contenders I feel are worth discussing,) and I go into more depth on a few of them in my latest YouTube video right here: www.youtube.com/watch?v=XDW-lyP0sj4. 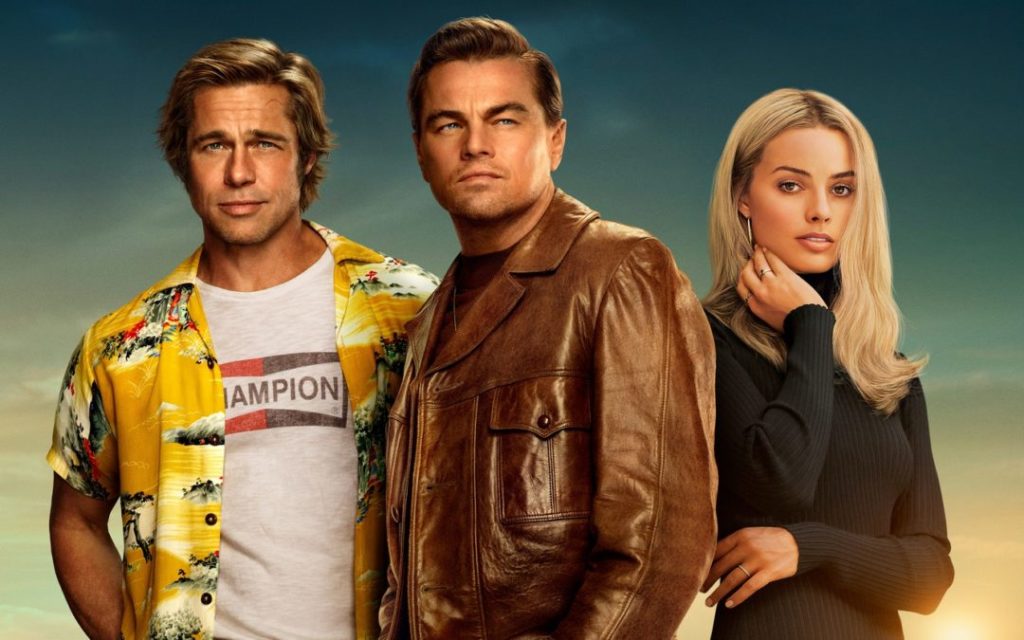 Once Upon a Time… in Hollywood. Could there be a more stunning cast?! I think not.

In the past, I had chosen to see eventual Oscar winners The Revenant and Green Book on my January 14th birthday. This year I chose Once Upon a Time… in Hollywood, which did not do too much for me, except to enjoy the acting, (and faces,) of beautiful men, Brad Pitt and Leonardo DiCaprio.

I had made this list for myself, in no particular order, but when I went to arrange them by my favorites, I realized that there wasn’t even one movie of which I’m a really ardent fan this year! Granted, there are a few films I just never made it to, for one reason or another, but I tried my best, especially with the films in contention for the SAG Awards, since those are the ones I vote for.

So here we go: 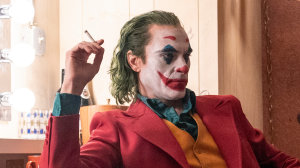 Joker—Joaquin Phoenix will, and deserves to, win, the Oscar for this performance. But, for fun, here’s the link to my private story about this film, on my YouTube channel: www.youtube.com/watch?v=XDW-lyP0sj4.

Once Upon a Time…in Hollywood—I was a wreck the entire time I was watching this, fearing that the horrible tragic killings of Sharon Tate and company would be shown. Even with this sort-of happy fictional ending, though, just imagining the horror those victims went through made me sick. But I loved seeing the gorgeous men on such a gigantic screen, (the screening was at the Cinerama Dome,) and even more than that, (so maybe I’m not so shallow, after all,) the LA of the ‘70s. My very first job here, as a new-to-town teen-ager, was at Stan’s Corner Shop in Westwood, so to see it featured in one scene almost made me cry! (By the way–Stan’s is actually the reason I get sick even smelling a donut now—he let us have as many as we wanted, so this poor girl practically lived on donuts for my first few months here!) 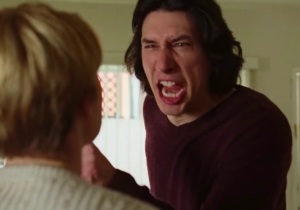 Marriage Story. (This is the look on MY face that Mr. X sees if he takes my dessert!)

Marriage Story—I recognize the merit of all involved, but I didn’t need this sadness in my life. I just wanted to reach into the screen and help them all!!! But I saw it at the Beverly Hills screening room of my old pal, the late Charles Aidikoff, so just being there again brought back some wonderful memories for me. You could find me there on most Sundays in the late ‘90s-early ‘00s, and Charles even threw me a birthday party there back in the day! I loved seeing that, even without Charles at the helm anymore, the place hadn’t changed that much. 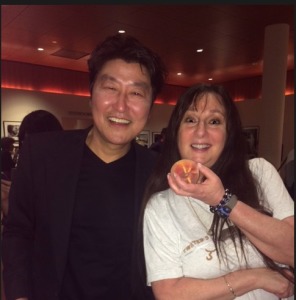 Parasite—I know this is a really big deal film, but it didn’t get to me as much as it seemingly did everyone else. I noticed way too many holes in it, and the craziness was too much for me. I saw it at the earliest possible screening, (which turned-out to be the LA premiere, with a fabulous after-party, but I had not read the invitation correctly,) so I had no idea what to expect from this film. Since it was the beginning of the movie’s run, the zillions of accolades hadn’t been in yet, but the audience I saw it with did go nuts over it. Just not me. I don’t like seeing anything get ruined, both possessions and lives, so I just cringed through a lot of it. But I do recognize the brilliant filmmaking.

The Irishman—You’ll just have to watch my new YouTube vid to find-out what I thought of this one! Here’s the link: www.youtube.com/watch?v=XDW-lyP0sj4. (The photo at the top of this page is of the three stars of this film.).) 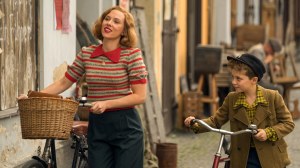 Jojo Rabbit—If I had known this film was about Nazi Germany, I never would have seen it. I try to avoid all things about those evil people. And I just cannot find anything funny about Hitler, even a comic version of him. But I am glad I saw it because I am now so in love with the voice of little Roman Griffith Davis, who plays Jojo. I could listen to him speak all day. So just for that reason, I am glad that I saw the film. (If you’re wondering how I had no idea what a current movie is about, I never read anything about a movie before I see it. I just ask Mr. X to check for me to make sure they’re not horror or sci-fi or terrifying.) 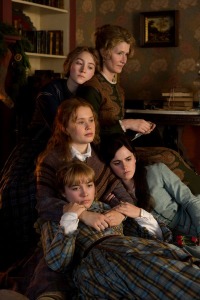 Little Women—Okay, sooo much is wrong with this film that it’s too long for me to write. So here’s the link to my YouTube video about this crazy version of the classic novel: www.youtube.com/watch?v=XDW-lyP0sj4.

A Beautiful Day in the Neighborhood—This basically boring film had me annoyed from the beginning because of this: Tom Hanks is, and has been all season, nominated for Best Supporting Actor, when he’s clearly the star of this film, both in billing and content. His name is the one that appears first in both the big one-name-at-a-time end credits, and then again in the cast list. Tom, the producers, his team, and everyone involved in the decision of which category to submit him in, knew he couldn’t win for Best Leading Actor, so they went the sneaky route. I hate that! He’s said to be a really good guy, so that was a bad decision on his part. (And his characterization of Mr. Rogers would be more appropriate on SNL than a feature film! Someone had to say it.) (And oh—someone should have fact-checked this stupidity in the movie: The editor telling her writer that his story should be “four hundred words” is absolute bullcrap! That’s like two very short paragraphs! Take it from me. Even this group of mini reviews is almost two thousand words!) 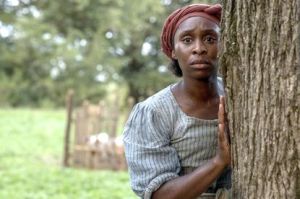 Harriet—After being aware of Harriet Tubman’s name almost my whole life, I was glad to finally know her basic story. Now I can run the category on Jeopardy! And Cynthia Erivo is excellent!

Rocketman—I didn’t enjoy this one as much as many others told me they did, but it was definitely interesting. And I feel that Taron Egerton, who plays Elton John, (duh,) deserved an Oscar nod. (I did not see Two Popes or Pain and Glory, so I can’t judge if those two male stars deserved their nominations more, though.) 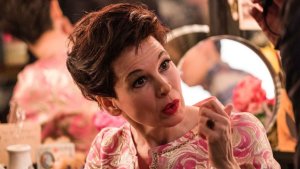 Judy—Having seen End of the Rainbow, the play this film is based on, I already knew this basically real-life story of the last few months of Judy Garland’s sad life. They could have just gotten Tracie Bennett, the actress who played the part on Broadway, to star in the film but, of course, all producers feel that a major film needs a movie star. I have never been a fan of Renee Zellweger, but I have to laud her for this performance, which, I’m sure, will win her another Oscar this week-end. (If you’re interested, here’s my glowing review of Tracie Bennet’s tour de force stage performance: itsnotaboutme.tv/news/theatre-end-of-the-rainbow.)

Ford v Ferrari—This is a basically true story, about which I knew nothing going in. So, for that reason, it was sort-of interesting. But way too sad for me. 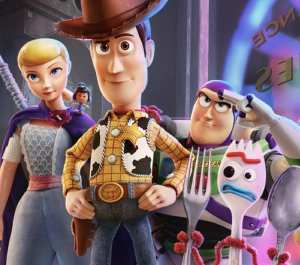 Toy Story 4–my favorite film of the year!

Toy Story 4—This was actually my favorite movie of the year! Lots of laugh, with a dearth of real pain, and a happy ending.

Knives Out—I think this one was my second fave! I love a good whodunit, and this one had lots of twists, while being amusing, to boot.

Just Mercy—You just know that when they were making this, they expected both Jamie Foxx and Michael B. Jordan to get Oscar nominations, which, of course, did not happen. While I don’t know who they could have forced-out of those categories to include them, I do know that this is an important true story.

Hustlers—Very unimportant film. As an hour real-life story on one of the television magazines shows, it was interesting, but the movie just got repetitive. I know that JLo would like some acting cred, but I can’t understand why she would want strangers to see her almost naked pole-dancing. 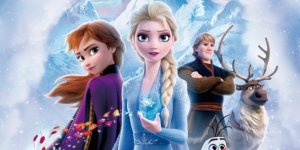 Frozen II. (The tiny bit of fall leaves distinguishes it from the original Frozen.)

Frozen II—This did give me some chuckles, but I saw it a couple of months ago and have already forgotten most everything about it!

Dolomite Is My Name—I hate to say it, but this is basically the black The Disaster Artist. Maybe if it had been made before that film, it would have packed more punch. I didn’t laugh even once! [Note: From what Eddie Murphy said at the screening I attended, he had been working on this film for a very long time. So I have a feeling he was not thrilled when that other movie came out two years before his did.]

Motherless Brooklyn—I was shocked that star, writer, director, and producer Edward Norton, got no traction from this movie at all! While, in total, the film was not so fabulous, he was!

Maleficent: Mistress of Evil—This was pretty dumb, but I love Angelina Jolie so much that it was good to see her up there.

Okay, that’s it for my movie reviews this year! Now let’s all have a fabulous time watching the Oscars on Sunday. I’ll review them here on Monday, of course, but don’t forget to follow me on Twitter, @MajorCelebrity, so you can see my live tweets as the day goes along, from the very first arrivals till the after-parties peter out. (I gave-up invites to many of the Hollywood “Viewing Parties” to stay home and live-tweet all the action for you, so I hope you’ll follow along.) May the best person in each category get the win!