I came back to Los Angeles last week, to be here for tomorrow’s major endeavor.  I needed to make sure I was back in time to vote…for Hillary, of course! 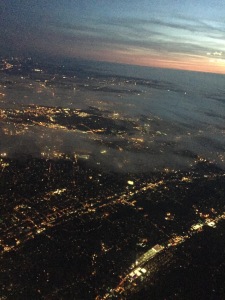 On the plane, heading back to LA. Photo by Karen Salkin.

But, before I go back to sharing the tales of my glamorous LA life, I still have over another week of East Coast stories to go!

While in the Big Apple and environs, I reviewed six restaurants, a bunch of parties, two musicals, three screenings, and a partridge in a pear tree, (which was lovely, by the way.)  And a hair salon and an out-of-town bed-and-breakfast, as well!  I spent time not only in Manhattan, (more than I ever had before in my whole life, actually,) but also Brooklyn; Greenwich, Connecticut; New Hope, Pennsylvania; Lambertville, New Jersey; and Danbury, Connecticut.  In three weeks!!!  In that span of time in Los Angeles, I often spend the majority of it in my house! (I know you’re surprised by that fact, but after I live all the events, I need time to write about them! Unfortunately, my thoughts on what I’m doing don’t just get magically transferred to the page from my brain, complete with images!) 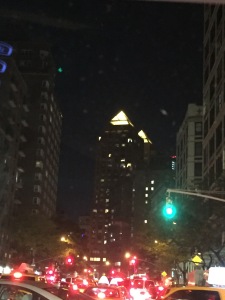 Just one of my over 2,500 images of NY in those three weeks. Photo by Karen Salkin.

I seriously don’t know how I did it there.  You need to have lots of stamina, and be in uber- great shape, to live in, or even just hang-out in, New York City!  A majority of the residents look really worn-down, but you just know that they have to be more physically fit than we car-riding West Coast folks are.  I ate like a garbage truck for those three weeks, but didn’t gain even one ounce of weight.  I couldn’t figure that out until I realized how much I walked in that city.  And how much stuff I schlepped there, too!  You have to bring all your possessions with you every time you leave the house, because you never know what you’ll need to get through the day.  Each morning, you have to pack as though you’re going on  a day trip, which you virtually are!  (I often left my headquarters by 10AM, and did not make it back there until midnight!)  In LA, your life is in your car.  I barely even carry a purse here!

So anyway, keep an eye out for the rest of my New York reviews that are yet to be published, especially if you live out that way, or are planning to visit that fair city in the near future. (Or ever, actually. Most everything I’ve been writing about will be there forever!) Mixed in will be some of my new LA reports, and by Thanksgiving, we should be back to all-LA all the time. 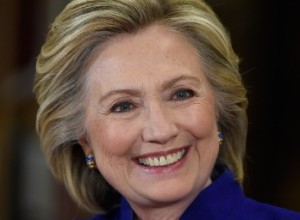 Please vote for Hillary Clinton today! If you care about America at all, you know it’s the right thing to do!

Until April, that is. I had such a wonderful month in NY this trip that I vowed to not wait another two-and-a-half years to return!

And for today, I beg everyone reading this in America to get out there and vote for Hillary! This time, it’s really not about me—it’s about the safety and the good and the future of this country. If (God forbid, bite my tongue) the Presidential election does not go the right way, the rest of my reviews from here on out may just be coming to you from Canada!!!