Trending
You are at:Home»Uncategorized»MISCELLANEOUS: WHAT'S NEXT–LOCUSTS???
By Karen Salkin on August 29, 2011 · Uncategorized

I live in Los Angeles most of the time, and New York only about a quarter of the year. So I must just be lucky to have been in the Big Apple in recent years for a couple of Nor’Easters, The Great Blizzard of 2010, last week’s earthquake, and now yesterday’s hurricane!!! How is that even possible??? 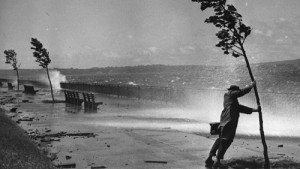 As Derek Hough begins all his interview answers,  I, too, have to say “I’m not gonna lie”…it was really scary! The city planners probably over-reacted about the upcoming devastation, but I’m sure that was because they were so ill-prepared for December’s blizzard. And I do believe in being safe rather than sorry, so I’m grateful for the prep work for this potential disaster. But all the warnings were getting to me.

I was in bed in my extra bedroom, (it has the best AC, so I’ve been staying there,) and was really cozy.  But then I realized that my head was near a window and a giant tree was just outside it. So, exhausted as I was, I got up, cleared off my real bed, made it, (which is hard to do,) and transferred Froggy and his friend Doggy and Clarence’s Derek Jeter shirt (that I sleep hugging,) all to avoid getting killed in the hurricane.

I wound-up having to go out and drive someplace else in Brooklyn at about noon on Sunday, and the town looked like the end of On The Beach. It was freaky.

But, knock on wood, my family and friends made it through pretty much unscathed, so I’m totally grateful. And I spent “Hurricane Sunday,” as I’m coining it, hanging with my friend Jeff in his cozy apartment, so it all worked out for me.

I hope you all made it through, as well. And that on my next visit to the east coast, the locusts stay at bay.

*Riffed off something funny my sister deadpanned about what comes next for us during this difficult summer.