I figure I better get this one in, while it still is Summer! (Well, technically, anyway.)

As I was watching a recent morning Mets game, announcers Gary Cohen and Ron Darling pointed-out a group of youngsters in the stands; they were there with their summer camp.  The guys went into a several-minute discussion of camps, which started to make me feel a bit bad, since I’m probably the only kid in history who opted not to go. But I felt immediately better when Ron said that he never went to one, either.  (I don’t know if his situation was the same as mine, where my parents offered me to go, and I declined, or if his parents just chose not to send him, for one reason or other.)

Their discourse made me hark back to my own youthful summers, and I just had to write about my relationship (or non-relationship) with camp, in case you have an equally contrarian offspring. (Or are one!) 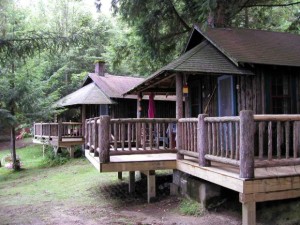 So, here’s my own history with that concept, which just about every kid in Brooklyn, besides me, did.

I realize, now that I’m thinking about it, that most kids who went to camp did so because their fathers worked, and the mothers didn’t know what to do with their children who were out of school.  Most of the kids I went to school with went to sleep-away camp, usually for the whole summer, but some went for just a couple of weeks or a month.  The ones whose parents couldn’t afford that crazy expense went to day camp. That concept was that a bus picked you up in the morning, and took you to some other location, (I still never found-out where it was,) and you got to swim, play sports, and just get all-around tuckered-out by doing activities that your own parents couldn’t really provide.

But, since both my parents were teachers, and very cultured, and great to us kids, we were able to do family stuff together all the time.  And, although I grew up in an upper-middle-class ‘hood, it seemed that most of my friends on the block stayed home, too, so we always had tons of kids to play with.

And we had a blast.  We not only played punchball in the street, but we constantly produced plays, mainly on my back porch.  We played dress-up with the fabulous fashions in my basement trunk, and board games on my stoop.  Speaking of my stoop, we did everything on there!  For some reason, it was the center of my block’s universe.

In-between the friend action, my parents took us everywhere fun.  My mother made monthly calendars to put on the refrigerator, with an activity planned daily.  We went to the beach, movies, eateries, museums, faraway friends’ houses for barbeques, etc.  And we spent two different weeks in the heaven that is Bucks County, Pennsylvania, and earlier in my life, the same amount of time at a bed and breakfast in New Canaan, Connecticut.

So, can you see why I chose not to go to camp, even though my school friends begged me to come with them?

But, now come the real reasons I didn’t want to go: I did not want to be made to get up early, even for swimming and flirting with boys.  I definitely wasn’t going to make my own bed!  I didn’t even know how, since I grew up with a wonderful woman, Edna, taking care of us (only because both my parents worked, and we needed someone to take care of us.)  She never let me do any household chores, so I still don’t know how to do most of it.

But even more importantly–I was absolutely not going to eat the food they offered!  I was used to having brownies and Ring Dings for breakfast and snacks, and whatever the heck I wanted for lunch and dinner.  My dietary dislikes were even more then than they are now, and there were hardly any breakfast foods I ate, at all!  When my family traveled, my parents had to embarrassedly beg restaurants to fire-up the grill at breakfast, and make me hot dogs!  At 7AM!  So, do you think I was going to have camp counselors tell me what I would have to eat?!  No way!

But here’s a surprise–when I was two and three, my father was the Boys Head Counselor at his friend’s camp in Connecticut.  So, we all went.  My father was working all day, and my sister is much older than I, so she was in a troop, (or whatever you call them at camp.) So my mother and I just roamed the grounds all day, and had a great time.  Everyone loved me. (I was an adorable child, if I do say so myself.  Until I was five or six; and then it was all downhill from there.)  Different personnel on-site had songs just for me, (Duke always sang, Ain’t She Sweet when I walked by,) or pet names for me.  (Patrick called me “Princess.”)  And, of course, I had crushes on some of the ten-year-old boys.  (Some things never change.)  (Oh, not ten-year-olds—just crushing on males in general, my whole life!) So, you’d think that I would have jumped at the chance to go to sleep-away camp on my own, as soon as I was old enough.

But, when I was just that tiny Special Guest Star, I got to eat the only foods I liked back then.  I lived on hot dogs, cucumbers, and watermelon.  And, each afternoon, my mother and I went to some special food shack, and feasted on oyster crackers and chocolate milk in little glass bottles.  What a perfect existence that was!  And I remember so much of it still.  (Yet one more thing to be grateful for, my Facebook followers!)

Ron Darling asked Gary Cohen how you decide where to go, and how old you go until. That reminded me of the two times I actually came close to going to sleep-away camp.

The first was when I was thirteen and about to go into ninth grade. (Yes, I did skip a grade. I guess I am smarter than some of you may think!) My new teen-age friends begged me to come with them to camp, and I finally relented. Perhaps I liked them better than my elementary school pals. Or had more fun with them. Or was more attached to them. Whatever the reason, I told my parents that I would now finally go to camp. But, guess what? After years of begging me to go, now they wouldn’t let me! It was to be the first year my family would be spending at URI in Rhode Island, and they didn’t want me to be that far away from them.

So, I sadly went away with the fam instead of my peers, and again–guess what? I had the time of my life! Rhode Island became the third most important state to me, (after California and New York,) and in this case, I love the whole state, not just one city! I’m so grateful I didn’t get to go to camp then, because, outside of meeting a young Hugh Jackson there and becoming life-long pals, nothing could beat my Rhode Island experiences forever after.

The one other time I almost went was when I was seventeen, and had just finished high school. I guess I felt that I should get a job for the summer. So my mother got counselor interviews for my best friend, Stephanie, and me. Sadly, I got accepted, but Steph did not. So, even though at that point I was really into going, ever the loyal friend, I declined the offer.

So, there you have it! My sojourn with not going to summer camp. I never gave it another thought until I heard the Mets announcers discussing it. Do you think I made the right or wrong decision?  I’d love to hear about your own experiences with it, yay or nay, in the Comments section below.