I was planning on taking the day off, but I keep getting asked about so many topics, that I figured let me use today to answer of few of those queries. (And I thank all of you for writing them to me! Keep them coming!)

So, here are my thoughts on several varied unrelated topics. (I saved the most requested one for last, so be sure to read that far!) I cover many of them with my daily tweets, so, if you’re ever curious what I think about some timely issue, you can always follow me on Twitter, and be among the first to know. @MajorCelebrity 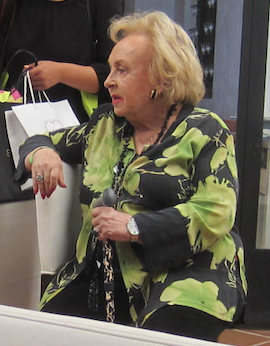 The last picture I took of Doris Roberts, in September 2015. Photo by Karen Salkin.

1) Now, let’s begin with the sad news of the death of funnywoman Doris Roberts yesterday. Over the last decade or so, I saw her about five times a year, because, luckily for me, we were invited to many of the same events. I didn’t know her, per se, but shared a passing smile every now and then. The last time I saw her was right before the Oscars, when we sat next to each other at a beautiful luncheon in West Hollywood. She seemed a bit frail then, but I give her so much credit for getting dressed and made-up, and being out and about. That’s the way to be, in my humble opinion–living life as long as you can. And she still looked so good that I didn’t have a clue that she was ninety! I was shocked to learn that. It will be weird to not see her anymore. The events will certainly not be the same without her. RIP Doris.

2) On that subject, here’s one more depressing-yet-uplifting thought: Many of the Old Hollywood icons are leaving us. So, while the dumb among us choose to idolize non-talented peeps, like the Kardashians and their ilk, how about the rest of us celebrate the oldies-but-goodies in our midst, and learn as much from them as we can, while we still have the opportunity. 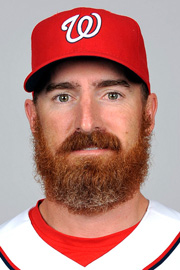 Adam LaRoche. Doesn’t he just look like a douchbag?

3) I already tweeted about this–a month ago–but Adam Laroche is an idiot. In case you’re not familiar with him, he’s the Chicago White Sox player who quit at the start of the season because the management of the team asked him to scale back bringing his fourteen-year-old son to the clubhouse every day. Yes, you read that right—he brought the kid every…single…day! That is so abnormal! And unfair to the other players. The kid even wore a uniform and had his own locker! Can you imagine if every player brought their children with them to work every day?! And forget baseball players—just think if one of your co-workers did it, in any job. It’s kind-of mental, if you ask me. (And you guys actually did!)

And Adam’s delusional—he’s actually stated that none of his teammates minded having the kid around all the time. Yeah, right. They didn’t say it to his face, but I’m sure there was plenty of behind-his-back grousing. So, good riddance to them both. He wasn’t a very good player anymore, anyway, and, obviously, a worse teammate!

4) I had horrible nightmares last night—about the new show, The Family! I usually don’t watch shows that have so much sadness and child abuse built-in, but this one is sort-of riveting. I guess the very last shot from this week’s episode (that I watched yesterday) really got to me, and haunted my sleep. But, at least, in my version, it got resolved in a good way, right away. I doubt that will happen on TV, especially if the show gets picked-up for next season. Darn. And, I guess, yay.

The ball was clearly still in the hands of the Thunder player, in white, when the clock signalled the game was over. But they thought he had beaten it, and celebrated prematurely. How depressing for that team when it was ruled “no basket.”

5) Yes, the ending of the Mavericks-Thunder game last night was one of the most exciting NBA play-off games that I can remember. I’m so glad that I try to watch every play-off game each year, just to witness moments like that one!

6) Speaking of “teams,” some people are thrilled that Michael Strahan is leaving the morning show Live, and some are sad. I’m in the what-I-assume-is-the-majority of “who cares?” I’ll never understand how he has even one major broadcasting job, let alone three…at one time! His awful lisp makes me not even be able to listen to him. He’s not particularly smart, witty, or charming, and not even good-looking! So, why are multiple entities hiring him?!

And Kelly Ripa is just the most annoying, full-of-herself, person on television. She seems like she cares about no one, including her audience, but herself. If she has a say in her new male co-host, you know it will be someone even more boring than she, because she doesn’t want to be outdone, (which would be very easy for one to do.) Regis was annoying, and became a caricature of himself, but at least his presence is what put the show on the morning map!

7) On the political front—Donald Trump is disgusting, scary, and speaks like an idiot; Bernie is more than a bit too angry, like a scary old uncle; and Ted Cruz is just downright creepy. With how Hillary got her possibly-cheating husband elected, and then out of his sex scandal, was just brilliant, so my money’s on her to set this country right. I don’t care about any of the other supposed “scandals” around her, as long as she gets us back on track. (That being said, I’d still vote for the Bernster, if he’s the candidate. Either way, it will be fun to have a first in my lifetime—either the first woman President, or the first Jewish (and from Brooklyn, to boot) one! It’s a win-win!) 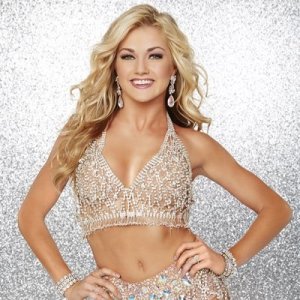 8) And yes, this is the most boring season of Dancing With The Stars…ever! There’s really not one true “star” on there, and they all look like deers in headlights. The pros seem basically bored themselves, like they could all use a big break. No one’s performing with gusto, (except maybe Mr. X’s favorite pro, cute little lip-challenged Lindsay Arnold.) I, who’s kept and paid for an extra phone line just to be able to help-out the deserving contestants on shows like this one that have call-in limits, hasn’t voted for anyone even once! The best one is that poor little fighter girl, who, despite looking like the head cheerleader at any school, says she’s never had a friend. That alone should win her some votes. But the judges, and most likely the public, as well, are trying to make Nyles, the deaf guy, win, because everyone loves to back a famous person with a disability. (Except for Oscar Pistorius, of course. No one but me believes his story, it seems. But that’s a topic for another Random Topics day.)

9) And while we’re on DWTS, let me leave you with the topic I get most requested to write about—how uber-creepy Erin Andrews ruins our enjoyment of the show all the time!!! Besides the obvious annoying things about her– her whiny, nasal voice; her awful pronunciation of so many words; her thinking she’s amusing when she’s so far from it; her telling all the duos who just danced to “get over here!,” and then make them do a move she wants to see again, like they’re dancing monkeys; and her basic bad looks–she makes every single dancer interview about her! It’s disgusting! She says what it means to her, what she thought of it, and who she knows. Please, please, please DWTS producers: if the show is still on next year, hire another co-host already!!!

[Note: The “plus-size” debate is a whole ‘nother topic, so I’m covering that nonsense in its very own column, hopefully next week. Let’s put it this way—I have plenty to say about it! And not everyone will be pleased.]

And thanks for all the questions!!! Keep ‘em coming, and I’ll get to them whenever I can.