We’re starting off the week with a special anniversary: my 800th column for ItsNotAboutMe.TV! I can’t believe it myself. I’ve been helming this e-zine for a little over four years now, and even I didn’t know I would be this disciplined! I’m pretty sure my web guy is shocked over my stick-to-itiveness. 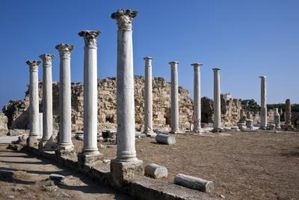 Just multiply these ten columns by eighty to see what I was going for with this image.

I don’t have much more to say on the topic other than to thank you all for your stick-to-itiveness in hanging in there with me and making this site more successful than I ever envisioned when I started it. It’s even surpassed the popularity of my former show, Karen’s Restaurant Revue, which is pretty shocking.

Speaking of my show, people keep asking me to have a video component on here, which I’ve been planning to do since the beginning, but something always gets in the way. So, as soon as I recover a little bit more from my recent hand surgeries, I’ll focus my attention on making the videos happen. As long as you all promise me that you won’t mind that I’m not exactly the ninety-eight-pound hottie, (or weakling, whichever way your thinking goes,) that I was during the run of my show.

I can’t write anymore now, because I have to get cracking on the next eight hundred columns!