It’s that magical time of the year again. And I don’t just mean the holidays—I’m talking about everyone’s favorite annual magic show–Millennium Magic. And this year is special because it’s the twentieth rendition! 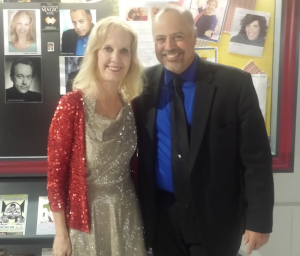 In case you haven’t been paying attention for the past two decades, Millennium Magic XX  is a fundraiser for the theatre it’s produced at, Theatre West in the Valley. Magicians Jeanine Anderson and George Tovar are doing the producing honors once again.

Every Millennium Magic show that I’ve seen has been delightful. I especially enjoy that each of the three week-end performances features different casts of professional magicians, so you can attend all three and not see the same show twice.

All of the acts has appeared at the Magic Castle at one time or another, so, at Millennium Magic, you get treated to all that talent without having to become a member of that private club, (which most of us are not invited to do, anyway.) So you get to be in with the in-crowd in the easiest way possible. 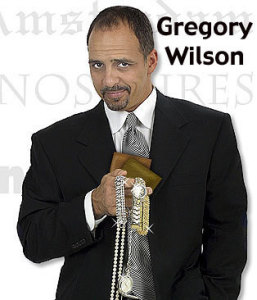 Here are the line-ups for each night (and one day) of Millennium Magic XX, (but please keep in mind that schedules can always change):

Friday Nov. 22 at 8PM–Mike Elkan, Gregory Wilson, illusionists Richard Burr and Josette, and mentalists The Bornsteins. (Mr. Bornstein is a retired military intelligence and communication specialist who says the most intelligent thing he ever did was to marry his wife, who’s now apparently his performance partner—it’s always good for mentalists to be on the same wavelength!)

Saturday Nov. 23 at 8PM–Greg Otto, Ice McDonald, Raven & Migz, and Alexander Great (who is coming in from Vegas just to do these shows tonight and tomorrow!)

And, as always, Jeanine and George will be doing little interstitial bits during all three shows. Jeanine’s are particularly clever. And brief!

Actually, today is Jeanine’s birthday! (I wish her a very Happy Birthday, by the way.) So you can celebrate along with her this week-end by supporting her show. That’s a gift to both of you! And to the theatre this fundraiser benefits.

So do some magic for yourself and get over to Theatre West this week-end. Just make sure to dress cute in case you get called-up onstage to assist!