Trending
You are at:Home»Uncategorized»LIST: MY FAVORITE FILMS
By Karen Salkin on May 11, 2011 · Uncategorized

Last year, I did a list of the best film performances of all time, but now here’s a list of some of my favorite movies of all time. I’ve been a fan of old movies since I was a little girl, so many of my faves are very old. Even now, on the rare occasions that I have two hours to spare, you’ll find me watching TCM rather than HBO.

These are in no particular order, except of how they fell into my mind just now.

Wuthering Heights–one of the best delivered lines ever is Merle Oberon uttering the declaration, “Ellen, I am Heathcliff.” OMG. 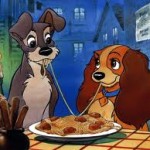 Lady and the Tramp–Mr. X gave me a recording of this film on the same Christmas that he gave me my credit card (with my name, but his number, which my friend Sherri declared, in her thick New York accent, “That’s like an engagement ring, only betta!”) And I loved them just about the same, as witnessed by my uncontrolled sobbing with happiness when I saw the iconic picture of the two dogs sharing spaghetti and meatballs on the cover.

Fantasia–for one of my milestone birthdays, perhaps twenty-five, a pal gave me this one, along with a beautifully-written card extolling how I was in the same category of timelessness as the venerable film! Needless to say, I treasure both the note and the film. (Except for the Sorcerer’s Apprentice section. I’ve always hated that one.)

Gidget Goes Hawaiian–the movie that I compare so many situations to. One of my favorite lines is when Gidget tells her parents that she’s hanging with them and their friends on the plane to Hawaii, rather than with the other young people, because she doesn’t “want to ruin their time,” and her mother answers, “Yes, dear, stay here and ruin ours.” I love it!!!

Wizard Of Oz–I’ve loved this film always, but especially because Mr. X got me to kiss him, for the first time the second time, during it. (Don’t even ask what that means.) Separate from that reason, when Dorothy says, “Scarecrow, I think I’m going to miss you most of all,” I can’t help but break down in sobs. Kind-of like I’m starting to do just thinking of that moment to share with you!

Irreconcilable Differences–I’m not a fan of any of the four leads, yet I love, love, love this movie! Shelley Long’s performance should be required studying for every wannabe actress. She’s brilliant in it. Every line is delivered perfectly. And Sharon Stone has never been better. That may just be the writing, though.

Peter Pan–even though the Disney-animated film can’t hold a candle to the Broadway musical version, it’s still Peter Pan. So, what’s not to love?

Enchanted Cottage–I don’t really love this film, per se, but I often use its message to explain relationships to people.

The Way We Were–actually, I don’t care about this movie as a whole; I’ve never understood it. But when Barbra Streisand brushes Robert Redford’s hair to the side at the end, I go to pieces.

And in the “more recent” category: I Am Sam, Beauty and The Beast, What About Bob.

Since I do share a few movie likes with my little fam, I figured I’d be balanced here and give you some of my mother’s and Mr. X’s favorites, as well. Here they are: 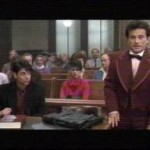 A Christmas Carol, only the one starring Alistair Sim–he can do the entire movie, word for word! Amazing. In the true sense of the over-used word.

I’m sure I’m forgetting some of them, for all of us, but that just means that you have My Favorite Films II to look forward to down the line.