Trending
You are at:Home»SPORTS THOUGHTS»KAREN'S RANTS: ESPN, YOU SUCK!!! AKA HEIDI RE-VISITED
By Karen Salkin on September 14, 2010 · SPORTS THOUGHTS

ESPN, YOU SUCK!!! AKA HEIDI RE-VISITED

This one is short. Remember hearing about, or seeing for yourselves, the Heidi debacle of 1968? (It’s very famous, in sports circles. In television executive circles, as well, but please research it yourself, if this little recap isn’t enough.) Well, ESPN did it kind-of in reverse last night, and, truthfully, it wasn’t close to as awful; just really annoying. Here’s a hint: Mr. X said, “Well, you watched almost the entire US Open,” because ESPN screwed me at the very end. I’m still fuming.

The quick background is that in 1968, in the Eastern and Central time zones, NBC cut-away from an exciting very close football game between the New York Jets and Oakland Raiders (the Jets were leading 32-29) with under a minute left to go!!!!!!!!!!! For Heidi!!! The movie was scheduled to start at 7PM, and no one at the network thought to hold it for a minute or two. Every time I read about it, I’m incredulous all over again. It was bad enough to do that to anyone watching any sport, but it gets worse: after they cut-away, the Raiders scored twice in nine seconds and won the game 43-32. The Raiders scored fourteen points in nine seconds!!! How exciting would that have been to witness? (Well, not for Jets fans, but you get the point.) 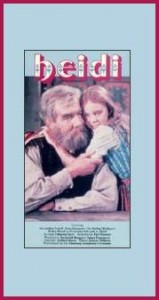 Admittedly, what happened last night doesn’t even compare in horrific-ness. And possibly, no one was upset but me, but it was still creepy. What happened is that after the Men’s Final of the US Open had to be postponed a day due to rain, it began on Monday on CBS at 1PM. (All times are Pacific.) After awhile, the rains came again, so they told us that it would be moved to ESPN2, not until at least 4:30PM. So that was good; all we had to do was keep checking. I feel bad for people who set their DVRs and went out, but I can understand the hard scheduling involved.

So, sometime after 4:30, I settled in to watch. If Rafael Nadal beat Novak Djokovic, he would make all kinds of history. Of course, being a major Roger Federer fan, (loyal readers may remember that he’s the stranger I love most,) I didn’t want this to happen, but being also a fan of tennis, I wanted to be in on every second of it, as I had been for the entire tournament.

As the match went on, I noticed the crawl on the bottom, which I usually try to avoid looking at because I don’t like my sports concentration to be split. It said that if the match was still going at 7:15, it will switch over to ESPN Classic. Why they couldn’t begin the scheduled football game on the other channel, knowing that tennis fans were recording this and would therefore miss the end, is beyond a mystery to me. The end of something is always more important that the beginning. Haven’t these schedulers ever heard that “it’s not how you start, but how you finish”???????? Or of the “Heidi Bowl?”

But being forewarned is being forearmed, so, with just a short time to go till 7:15, I wanted to get another TV ready for the switch. And I couldn’t believe what I found!

We have Dish and cable TV. And we didn’t have ESPN Classic on either of them! I’m more upset with Dish than the cable system, because I rarely check on my cable channels. But, we pay a fortune to get every channel on Dish, and we have all the other ESPN ones, but no Classic! I have been known to live in the past on occasion, but I definitely don’t have time to watch old sporting events on a regular basis, or actually ever, so, in all these years, I’ve never even once tried to turn to ESPN Classic. And now when I needed it, it was nowhere to be found.

There was a sign that said we could order it as a subscription, which we did try to do right away. But it was a whole big deal and taking too long, so I just gave up and prayed it would all be over on time, or I could find it on the web.

So, lo and behold, the match ended in perfect time, and we got to even hear the post-match speeches, which were wonderful from two such lovely gentlemen. I couldn’t help being emotional to have witnessed history being made. Then, just as Rafa was hoisting his trophy, signaling that the festivities would continue for only a few more minutes, which ESPN2 could have totally spared, (and which all tennis fans wanted to see,) the screen went black and the loud beginning of a football game came on. It actually jarred my being, and ruined the moment. And prompted that mock from Mr. X about me watching almost every second of the tourney, which trust me, I’ll now hear for the rest of my life.

And all because of the awful decision by someone in the ESPN family. First they hire that creepy Erin Andrews, and now this. It’s just too much for us die-hard sports fans. Which prompts me to stick to my new assessment: ESPN SUCKS!!!