With all that’s happened this past week-end, including Carmageddon, the women’s soccer final, and the release of the child murderer, I, of course, have one more set of random thoughts to share with you. Some are on those topics, and some are really random, but I’ve been jotting them down for a few weeks now, and I refuse to tweet, so they’re included here, in no particular order. (That’s part of the random-ness of it all!) Here we go: 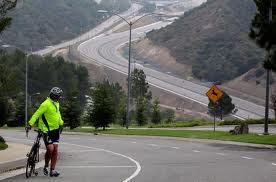 –Why was everyone so disappointed with how Carmageddon turned-out?  I was thrilled with the population of Los Angeles that we all did what was asked of us!  The news stations kept saying that it was a bust or failed or didn’t materialize, but that’s what we were going for! To prevent it from happening in the first place!!!  All precautions were taken, and it worked out the way that was hoped.  So how was that a bust???

But the stupid news channels already had set aside hours of time for all-day stories on the topic, so they had to fill the time. They expected to be doing coverage of all the traffic disasters, but when there were none, they kept just talking about the non-traffic. Very strange.

And some less than brilliant regular people who were interviewed on the subject said the media had created all the hype. If the media hadn’t alerted the public, and shared the message of the powers-that-be, there would have been a huge mess because no one would have known to stay home! Can they not understand that concept???

My neighbor and I had a garage sale because we thought we would have a captive audience in all the people who were due to be stuck in traffic. Of course, there was none, but the customers who did trickle through, including newspeople looking for stories, all had a good time with it. And we were doing our part by staying put in our ‘hood.

Everyone seemed so disappointed, like they had stayed home for nothing, which makes them idiots. Because we all cooperated, the project got done about nineteen hours early. Let’s hope we all remember this next year when it all happens again.

Last thing on Carmageddon—I love the weirdo bloggers who felt they had to come up with ideas for everyone to do during the “siege.” Like we’re all morons who have to go out every second to begin with. The best were idiots who told us to “go to a local park and read a book.” How about stay home and read that same book??? Duh.

–I do feel bad that the United States women’s soccer team lost the final of the World Cup to Japan, but come on—don’t you think that poor country needed some sort of break after everything they’ve been through this year. I know the victory can’t come close to erasing the memories of the earthquake, the tsunami, and nuclear plant problems, but I’m happy for the Japanese people to have something to take their minds off their real situation for a little bit. And the American girls should be proud of themselves to have gone so far.

–Speaking of soccer, I think it’s such a stupid game. They can play for all that time, with only one score between the two teams, and that’s the win. A lot of work, I feel, for not a lot of pay-off. And speaking of time, nobody even knows how long play will be!!! Sheesh.

–If someone pays your taxes on a gift, is that a gift, too??? Which would mean you then have to pay taxes on the taxes.

–The wrong guy was sent home on So You Think You Can Dance last week. I’m glad that after I wrote that they better save Ricky, they did, but Mitchell should have been the one to be eliminated. He’d already been in the bottom three at least two other times, while this was Alexander’s first time. And Alexander’s solo was wonderful, which the judges didn’t seem to appreciate. Bah, humbug.

–I hate UPS, especially the one in Brooklyn.  They never do anything to make it up to you when they screw-up, which has been about ninety percent of the time, in my experience.

–I’ve always been cosmopolitan, having grown-up in New York, and then Los Angeles when I was still a teen-ager.  And I love my star-studded life and am always grateful for it.  But, when I see news stories on rural towns, and even suburbs, having fun neighborhood celebrations for things like the 4th of July, with everyone pitching in and big families camping together, I’m more than a little bit jealous.

–I resent it when rotten people get something good because of their bad behavior, such as Charlie Sheen getting a new series due to all the publicity of his craziness.  Shame on those who hire these people.  And may it only backfire on them.

–Have many of you iPad owners ever noticed that it doubles as a flashlight in the middle off the night? 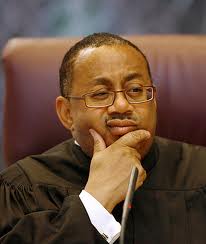 Judge Belvin Perry, looking confused as to what he's saying, too.

–I know that all the talking heads lauded the judge in the Casey Anthony trial, Judge Belvin Perry, but how someone can speak so poorly and become a judge is beyond me. Way beyond me. He seems like a good enough judge, especially because he gave her the max, but…how can a judge be so ill-spoken?

In just a short time on the sentencing day, he said, “wif” for “with,” “ekcetera” for “etcetera,” “wherewifal” for “wherewithal,” “a-ver,” for “other,” and most shockingly to me, “Anferney” for “Anthony!” How has no one corrected him in all these years??? And how do you get promoted to such a high position if you can’t even speak English??? And I thought the people who were called for jury duty with me were illiterate. Whew—this one takes the cake! (Actually, even he can’t out-do our former President, Mr. Bush, who still says “nucular” for “nuclear.”)

–If all these reporters and looky-loos have the patience to sit through trials and be quiet and pay attention, how come everyone tries to get out of jury duty?

–The first alternate juror who spoke to the press, Russell Huekler, (the one I said looks and sounds like a serial killer,) said in an interview I saw that “we” thought this and “we” said that, referring to the jury, of which he was only an auxiliary part. So, if the jurors are ordered NOT to discuss the case with each other, until the very end when they’re finally in the jury room, and since he was only an alternate, which means he was NOT in said room, how did he know what “we” thought??? If he’s telling the truth, that means that they did indeed discuss the case as it went along, which is grounds for juror misconduct, which results in a mistrial! How come none of the talking heads noticed that???

–And, even though I’ve finally heard some callers ask why Casey Anthony wasn’t charged with obstruction of justice, still no panel members have answered it! Now I’m wondering if maybe she can be charged with it after the fact, as a new charge. From my mouth to God’s ears.

–Even though I believe that the jurors in the Casey Anthony trial are all morons, I still think that their names should not be released, for their safety. 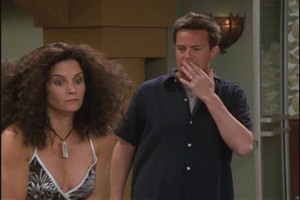 Monica in the Bahamas. Or is it Karen in Florida?

–I used to bar myself from Florida, because of the weather. (I just can’t be seen when I look like Monica in the Bahamas.) But now, I’d never set foot in that state because so many people involved in this trial, led by the jurors, seem so stupid. When even the judge can’t speak proper English, what hope is there for the rest of them?

–And finally, to end on an upbeat note, is whipped cream not the greatest substance on earth???