I want to do something different with this year’s Valentine’s Day column—it’s an open love letter to Mr. X. With everything that we’ve been through for the past two years, he’s proven his “gem” status more and more each day. [Note: I didn’t designate him as such; others have, and I fully concur.] 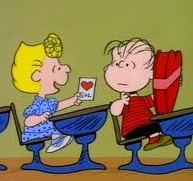 I’m constantly proud of the fact that my mother loved him so much, (always naming him as her “favorite relative,”) and I really can’t thank him enough for doing more to make her life easy and happy than anyone else ever has. In fact, whenever we were planning to visit her together, my mother always asked how many days until she was going to see Mr. X, not me.

I love seeing people’s faces when I list everything he does for me, including laundry, dishes, cleaning, bringing me food every day, shopping, inventing, and most importantly—flat-ironing my hair! (When he first started doing that last one, I would sit there chatting about my pals. He finally said, “Ka, I’m not your real hairdresser—stop telling me your problems!”) 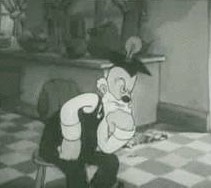 His inventions are the greatest. I call him “Betty Boop’s grandfather.” (He’s the one who made a carnival in their house on a rainy day, and things like that.) He invents everything from fun lighting (like when he spelled-out my name in four-foot long lights for the world to see as they drove up our street) to our giant outdoor dance deck to new storage spaces for all my precious possessions. I don’t know how he does it. And the steps that he built for Clarence to get onto the bed more easily, on both coasts, became practically tourist attractions!

He lived through my many years of being a club promoter and staying out till all hours of the morning. And that’s before cell phones! I know it couldn’t have been easy for him, (especially because now I’m going through it with his krump dancing in the middle of the night,) and he bit his tongue the whole time.

He’s so non-jealous that he’s even helped me choose which good-looking guy should accompany me to events he eschews! Every few years, I can tell there’s something he really doesn’t want me to do, like drive cross-country with one of the reckless guys, and I acquiesce. But he’s usually correct on those situations because he was just worried about my safety to begin with.

I know that Clarence wouldn’t have been around for almost eighteen years without Mr. X’s excellent care. He got up at the crack of dawn every day (no exaggeration) to take him to the park before the bigger dogs showed-up to bother our boy. He cooked Clar gourmet meals the likes of which you’ve never seen. He invented fun games for him and played with him all the time. That’s when he began not going out with me because he couldn’t bear for Clarence to be lonely. (Okay, I admit that one’s a tad nutty.) He even bought him flight bags in various sizes so Clarence would be comfortable on planes!

The list of each year’s thoughtful and generous Christmas gifts reads like a Neiman-Marcus catalog, (mixed with a Children’s Place one!,) and everyone who knows him states that he’s the funniest person they know. I’m so lucky to have the gift of laughter on a daily basis. (Even when I’m the brunt of it. Actually, especially when I’m the brunt of it!) [Note: to read just a few of his bon mots, click here: www.itsnotaboutme.tv/news/2010/07/07/gossip-happy-anniversary-to-mr-x-and-me]

And heck, without him, you wouldn’t even be reading this because I wouldn’t know how to use a computer! Or have a resident geek to fix it whenever there’s even a small problem.

Not too long ago, I used to hang out with many more guy pals than I do now. Each one was a quality person, and I really did care for them all. I’m a lucky girl to have had such excellent male companionship, especially when I already had a boyfriend, (as so many of my envious gal pals pointed-out.) One of them, a doctor, got to meet several of them over the years, and told me how wonderful they all were. But, he added, you’d have to roll them all together and add even more qualities to come up with Mr. X! This from one of my admirers himself! So, what does that tell you?

[Note: I just realized that Mr. X better not leave me now, because no guy who reads this would ever want to try to fill his shoes.]

But I must change tracks from lauding Mr. X now, and add one short story of a Valentine’s Miracle that happened to me on Sunday morning. I was cleaning out some of my stuff (that’s actually miracle enough—Happy Valentine’s Day, Mr. X!,) and opened a colorful storage box that had been sitting around for years. In it, there were lots of papers from my club promoting days, most dated fifteen years ago. There were also several notes and cards, thanking me for this and that. (I guess I had more appreciative/polite pals back then.) 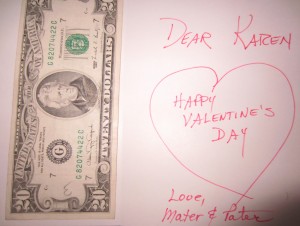 Then I spotted an old-fashioned-looking card with flowers on the front, that looked non-specific. I had a feeling that it was from an older woman. When I opened it, out fell a $20. bill! From fifteen years ago! I knew my mother used to send me cash now and again, when my father was alive. (It was like our little secret from him.) So, when I saw the signature that said, “Love, Mater and Pater,” I wasn’t surprised. (Except by those monikers, that she never used.)

But then I looked at the message, and it said, “Happy Valentine’s Day!” With no date on it! So, I feel that I just got a Valentine’s card from my parents…from heaven! With a “gift!” Since I lost my mother, I’m always looking for a sign from her, and if this wasn’t one, I don’t know what is. (It gives me chills just writing about it.)

So, Happy Valentine’s Day to my parents. I’m hoping they’re enjoying their first one together in thirteen years.

And, of course, I wish it to Mr. X, too. We may not do anything special on Valentine’s Day, but every day with him is special!

And a very Happy Valentine’s Day to all of you as well! You know I really do love the people who take the time to read my E-zine.