I know I should start off on a positive note, but I noticed that when I put this column on my work-planning page awhile ago, (yes, I do actually plan all this!,) next to the title I wrote, “Ugh.” 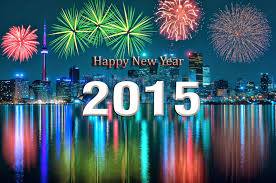 Where did 2014 go? It was supposed to be my favorite year! (That’s what I thought because 7 and 14 are my favorite numbers. And yes, I do know that I’m a tad nutty.) And now it’s gone in a second! I often forgot to actually feel it. And to get a kick out of writing “2014” on each of my work pages.

So, maybe my plan for 2015 should be to stop and smell the roses. (Except that I have asthma, so that may not work out too well for me.)

Okay, before I become too much of Debbie Downer, let me wish you all a wonderful 2015, and I’ll try to join you all in making this year a great one! 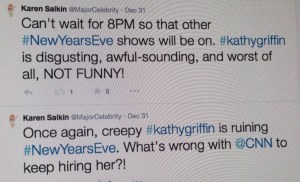 [P.S. If you missed my New Year’s Eve bon mots on twitter, about how the uber-creepy Kathy Griffin was ruining our night, (that were re-tweeted and favorited several times, so thanks for that, the ones who did them,) you may want to follow me on twitter, right off the bat of this year! @MajorCelebrity. As Scrooge says, (when he becomes a good man,) do it before you dot another i!]