Trending
You are at:Home»GIFT IDEAS»GIFT IDEAS: MOTHER’S DAY AND FATHER’S DAY GIFT IDEAS
By Karen Salkin on May 3, 2011 · GIFT IDEAS

These three items are ones I discovered at various gifting suites this year, and with Mother’s Day, and then Father’s Day, fast approaching, I thought they’d make excellent gifts. All three of them show that the giver is thinking outside the box, and there’s something for everyone on this short list. A bonus is that with so many men getting metro and so many women being able to act on their love of sports without being looked at funny, these products are really unisex.

And by the way, congrats to Mariah Carey and Nick Cannon on the birth of their twins this past week-end. That family will always need gift suggestions because the babies’ birthdays fall on the parents’ wedding anniversary, and right before Mother’s Day and Father’s Day. Bad planning, but I hope that my ideas will always help them. And you. 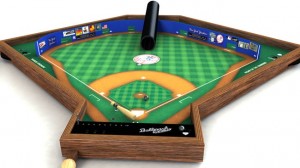 I often leave men out of my suggestions because I have rarely found anything special enough for them. My siblings and I just always bought my father pistachio nuts and diabetic-friendly chocolate. And, most importantly, Mets memorabilia. I’m sure there were other things he wanted, but he never let us know.

He would have loved this wonderful Ballpark Classics stand-up baseball game. It’s the most perfect male gift I’ve ever found! It’s great for everybody, but especially for dads. (Because don’t we like to give them something that the whole family can enjoy? Isn’t that an unwritten dad rule?)

And for me, because I absolutely looove baseball. (Yes, I know it’s a slow game to watch on TV, but that just means you don’t have to pay attention to every single second of it, and can actually go though piling-up papers and emails while watching the games.)

We all get to participate with the Ballpark Classics game. When I saw it at the suite, I stopped in my tracks. It was that mouth-watering. I really did kind-of have that feeling of when you first walk into a real stadium and you get that first glimpse of the green field. That sight still takes my breath away just a little.

The creator of the game, Doug Strom, is as crazy about baseball as I am. I used to have two guy friends who were, but they went by the wayside. So, I was thrilled to get taught how to play this game directly by Doug, who’s a master at pitching. For those of you who haven’t been lucky enough to meet Doug, (which is actually most of you,) the instructions teach you how to throw every kind of ball. [I originally had an observation on spitballs here, but it was just too double entendre, even for me. So use your imagination and chuckle anyway.]

This newcomer to the family of rec room (or man cave) games is easy enough to have fun with, and challenging enough to get your competitive juices flowing. It’s like a pinball game, but with pitching and hand-eye coordination being paramount. And the best part is that it doesn’t require batteries or electricity; it’s self-contained and is table-top so it’s also portable. (There are optional legs available.)

I’m thrilled that they have a Yankees Stadium edition, of course. (Yes, I’m a fan of both the Yankees and the Mets. The only time that’s been a problem for me was during the Subway World Series of 2000. That was painful all around.) They also have one of evil Fenway Park. But the generic one comes with stickers and pennants of all the different ballparks so you can personalize yours. Just don’t put the stickers in the line of the pitches because you want the ball to come down smoothly. I may have to let mine interfere, though, because my pitching is still a little shaky, so I need all the excuses I can get. 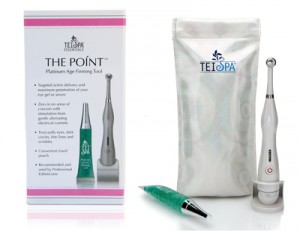 I’m not saying that females need more skin-tightening tools than males, just that we’re more into it. Out loud, at least. But couples can actually share this, so if you’re a dude, you might want to order this Tei Spa Point Pen Kit for your woman just so you can use it, too.

When you give someone a gift certificate for a facial, that’s a one-time gift. If you instead gift a facial tool, you’re giving something that can be used over and over again. The Point Pen Kit is the newest product in Tei’s line of professional at-home beauty spa appliances. It’s a skinny little thing that’s thinner than an electric toothbrush, and aids in the deepest penetration of gels and serums to smooth fine lines and wrinkles. Who doesn’t need that?

Included in the kit is their 24 Karat Gold Firming Serum, which is what the Pen massages into the target areas to achieve the desired results. So, right there, she can tell her friends that you got her something in 24 karat gold for Mother’s Day!

With woman finally being smart enough to start age-prevention skin care as early as their twenties, we’re always looking for new products that will make that process easier, and this company has several that look worthy of my looking into further. I haven’t gotten to use any myself yet, because I just became aware of them recently, but as their headquarters are right here in Los Angeles, I hope to check-out their whole line to tell you about down the line. I’m hoping that by then, they invent a fat-erasing tool! I’ll be the first in line for that one.

FOR EVERYBODY: NIGHT FOOD 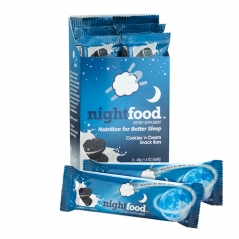 Included in a gift bag from a recent suite, (one who’s good enough to give us these extra goodies,) was a small food bar that had the potential to change my life for the better. It was a NightFood bar that’s described thusly: “NightFood is a great tasting nighttime food bar which supports and enhances your sleep every night in a way that no other product can.”

Since neither Mr. X nor I have had a full night’s sleep since we began seeing each other, (which I say is a hundred years ago, while he claims, “We went out for three weeks and we’re just having a long break-up,”) it was worth a try. So we ordered a supply to try them out together. And they’re totally working on him! He’s usually pretty skeptical about such things, but now he’s desperate for more because they’re working, which makes me so happy.

[Note: With my crazy schedule, I, unfortunately, haven’t had much time to try them out myself. You’re supposed to take them about a half hour before you want to sleep, and since I’m out most nights and just collapse when I get home, on a full stomach, I can’t be consistent with them. I’m a slow eater to begin with and can’t stay up another half hour when I get home. And I couldn’t eat another bite after most of my events.]

But giving Mr. X the gift of sleep is seriously one of the best things I could ever get him. From those of you who are in the same insomnia boat as we are, can I get an “Amen?!”

This is how NightFood bars work: they contain melatonin and chocomine, which aid with sleep, but aren’t intended to knock you out, as some other products, including prescription meds, do. They’re meant as a healthy part of an overall better sleep routine. And they’re also high in fiber and have a low glycemic index to keep your blood sugar stable.

Almost equally important is the fact that Mr. X says they taste good, kind-of like candy, so they’re not hard to eat. They’re perfect for the person who always feels the need for a pre-bed snack. So far, the only flavor is Cookies ‘N Cream, but they may come out with more down the line. To my mind, that’s a universal flavor, so they got it right the first time.

The delivery company left them outside our door when we got the first batch, so I was really worried that I was going to find a bunch of sleeping coyotes in front of the house. (Hey, better than awake ones!!!) So, just keep an eye out for your order.