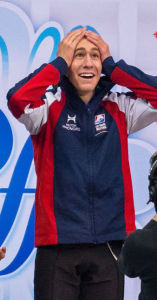 New Mens Champion, Jason Brown, getting the news that he had most likely won.

I’ve noticed over the last few seasons that I’ve begun to have to force myself to watch my beloved ice skating shows. I don’t know why that is; I still love the sport, but I somehow find it fatiguing to watch.

But that was not the case with last week-end’s National Championships. I put the TV on with gusto, and even Mr. X joined me to watch the competitions as they aired. I was actually so enthralled that I didn’t even take notes!

So, here’s my very brief rundown on the proceedings:

I was a bit disappointed in some of the outcomes, but this time, it was nothing I couldn’t handle.

And I laud NBC this time, for showing us not only the top long programs, but also many of the short ones. I missed seeing them the entire season, (which was the seven competitions in the Grand Prix Series.)

So, here are my brief notes, (with accompanying photos always in this medal-winner order: Silver, Gold, Bronze, Pewter.): 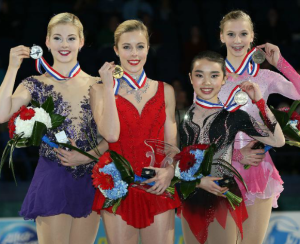 How much do I dislike Gracie Gold to have rooted so hard for Ashley Wagner, whom I’ve also never liked? I was praying that cute, nice Mirai Nagasu, (whom I met several times when she was younger, so I know how sweet she is,) would pull it out, especially because she got so screwed last year. [Note: If you’re not as obsessive about skating as I am, (and really, who is?,) she finished third last year, to Ashley’s fourth place, but the committee sent Ashley to the Olympics instead of Mirai! Shame on them!] But she had a rough long program this year and finished in tenth. Sad. I hope she’ll be back, strong and confidant, next year.

So, yay for Ashley to have pulled it out with perhaps the best long program she’s even done in public!

And it was so interesting to discover tiny fifteen-year-old Karen Chen. (And what a great first name she has!) Her fabulous performance brought her all the way up from sixth to third, garnering her the bronze medal. Fun for her! (But it’s sad that she’s too young to go to the Worlds in March.) 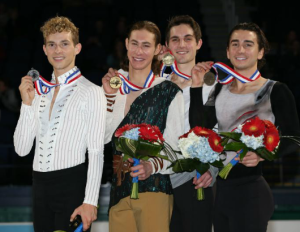 As happy as I was for new champion, Jason Brown, I thought that former champion, Jeremy Abbott, and new silver medalist, Adam Rippon, got screwed in the short program. Jeremy Abbott wound-up third in that portion, when he should have been first. It didn’t matter in the long run, because he messed-up his long program too much (he had just lost his father,) to make the podium, anyway.

But Adam got marked way too low in the short; if the judges had given him even a few more of the points he truly deserved, he would have won the whole competition! He did the hardest quad ever in the history of America, and was gorgeous throughout. He wound-up with a record score in the long, but Jason still wound-up winning the whole shebang because he was so far ahead in the short, which should not have been the case.

But they’re both due to go the Worlds, so I have to get over the order they came in.

By the way—I am a fan of Jason’s, especially because he has the most gorgeous posture. And he always seems like the nicest kid in the world. I just want it all to be so fair. I knew the judges would help him win a bit, because he’s exactly who anyone would want to represent America.

And kudos to bronze medalist Joshua Farris, who skated beautifully, as well. 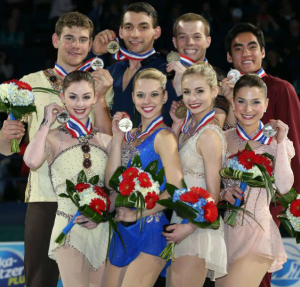 I’m afraid I’m going to emulate NBC now, and give these two final disciplines a bit of short shrift, as well. Since all the pairs teams were new-ish ones, (maybe just to the national television audience, but still…,) I had nothing invested in them. This is the discipline the US is weakest in, and even though, because of such young guys and girls trying to skate together with raging hormones, it’s also the most dramatic, people in this country just don’t seem to care much about.

But they rarely share the real deets with us, and just allude to what’s going on. I have no dish for you, though, because I’ve just had no time recently to check-in with my skating spies.

But, I am really happy for all three top teams: Champs Alexa Scimeca and Christopher Knierim, followed by Haven Denney and Brandon Frazier, and third place Tarah Kayne and Danny O’Shea. 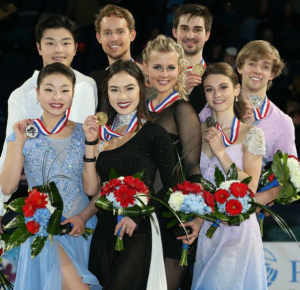 Even though Ice Dance is notoriously slow with change (you sort of need to ease up the ladder, and wait your turn,) this year’s competition was pretty exciting. But once the top team of Charlie White and Meryl Davis retired this season after winning last year’s Olympics, it was (almost) anybody’s game. There have been two top US duos for the past four years, and they duked it out to be on the top step of the podium.

I love all great ice dancing, but they get marked on tons of nuances that are almost too small for the untrained naked eye to pick-up, so it’s hard to judge just which team is really the best. But I do think they came in the correct order this time, which was, (from first to third,): Madison Chock and Evan Bates, the sister and brother team of Maia and Alex Shibutani (also known as the “Shib Sibs,”) and Madison Hubbell and Zachary Donohue.

Congrats to all the skaters, winning and not. This was one of the best Nationals I’ve seen in a long while! Go get ‘em at the Worlds! 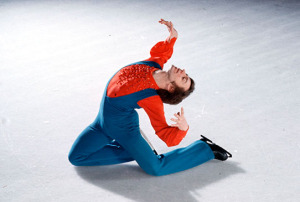 I hate ending on a sad note, but on the last day of the US Nationals, wonderful former Canadian Champion, the great Toller Cranston, passed away at his home in Mexico. He was one of the most special skaters ever, (and the most innovative, with moves nobody had ever before seen,) and I think his leaving us reminded us all what skating can, and should, be. RIP, Toller.