Mr. X and I literally gasped when we learned that L.A.’s iconic deli, Greenblatt’s, had closed after almost a century!!! I can’t add “…of deliciousness” because I don’t really remember anything about their fare, either yay or nay. But I hate LA’s history being torn down.

The only times I have ever eaten at Greenblatt’s were when I was a member of The Laugh Factory Ensemble, the resident improv troupe of the club next door. 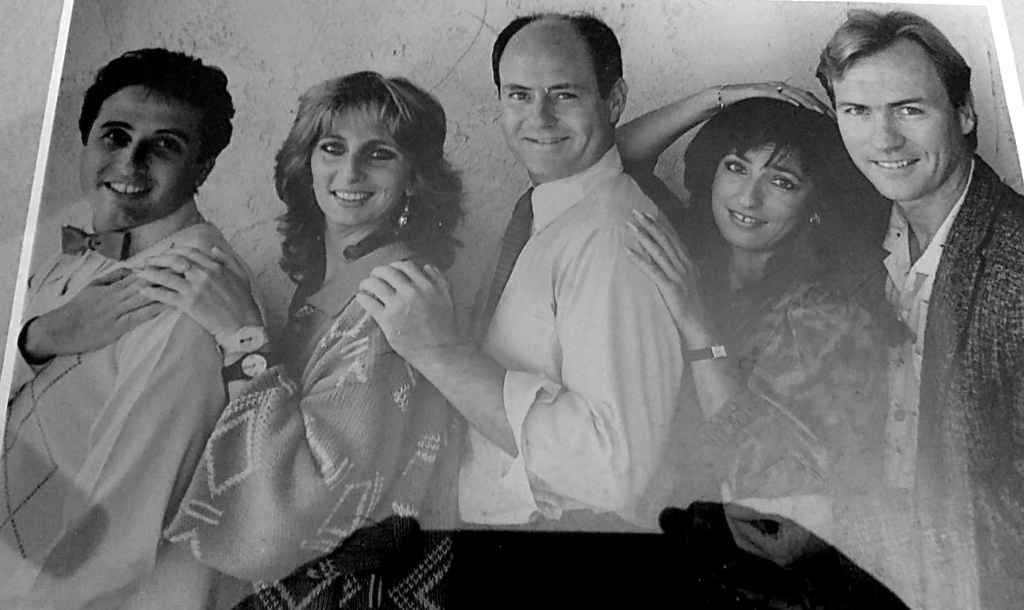 It seemed so normal to be performing at that venue once a week back then, like it was no big deal. But looking back on the experience, it definitely was. The comedy club had never had an eponymous improv group before and have not had another one in all the years since ours.

We started out with about nine members, (one of them being the late Carol Ann Susi who went on to voice the recurring unseen character, Mrs. Wolowitz, on The Big Bang Theory,) and between all the in-fighting and crazy schedules, we whittled ourselves down to just a quintet. Everybody but I wanted to be the boss!!! At the end, just three of us got along, which is far from ideal for an improv company, so we had to keep the other two, until we finally just called it quits.

But it was a wonderful performing experience, which I’ve always appreciated. And, can you guess what the best part of that whole shebang was for shallow moi? It was going to Greenblatt’s after our shows! Of course. 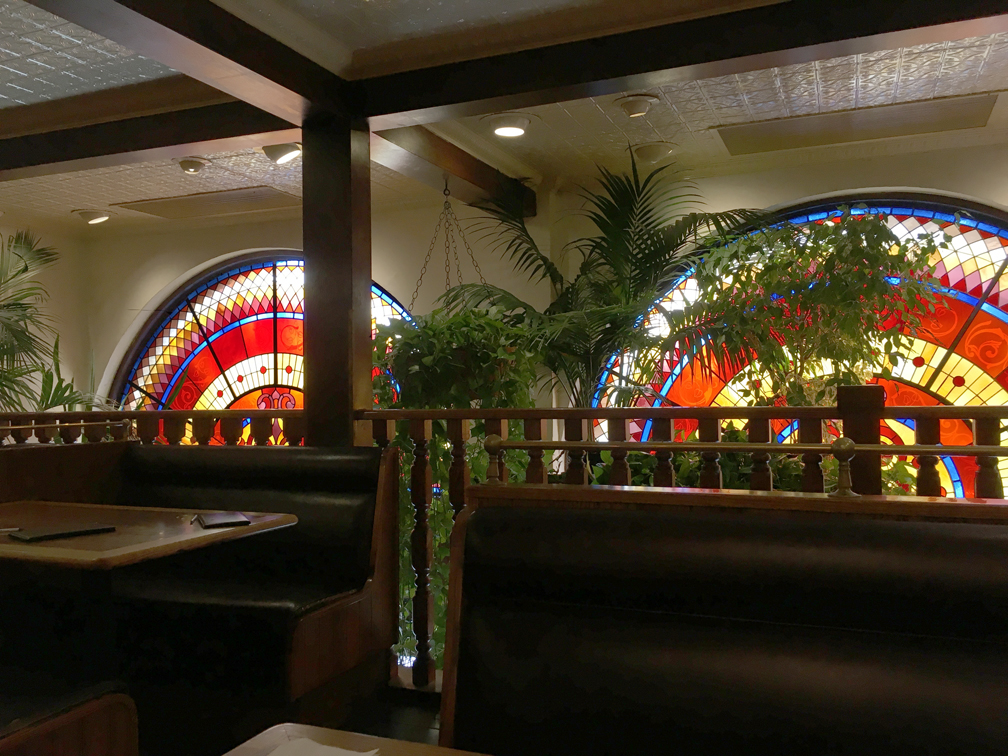 The upstairs of Greenblatt’s deli, where my gang and I always sat after performing next door.

As I said, I have no recollection of the actual food, but the late-night camaraderie was first-rate. And it wasn’t just about us—it was the friends who were at our show to support us, strangers in the audience who came over to give us props, and even seeing other night owls at near-by tables and wondering what exactly brought them there each night.

We always sat in the upstairs room. I really don’t think I ever sat downstairs, which now I wish we had, just to get the feel of it. But I was very familiar with the to-go counter. On the days we held auditions or showed-up at the Laugh Factory during the day for some other reason, (there’s not much rehearsal for an improve squad—duh!,) I’d stop by Greenblatt’s afterwards to pick-up food to bring home to Mr. X. It was like our own private commissary in those days.

So all my memories of that classic deli are positive ones. You can’t do better than that. 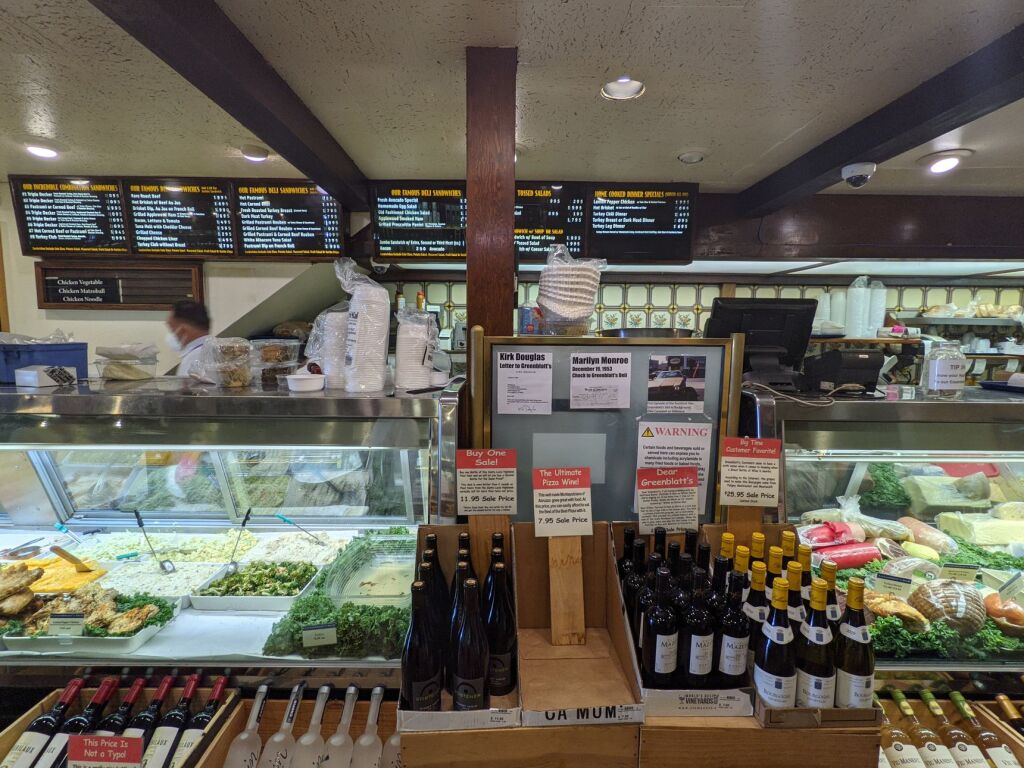 I wish I had known it was closing. Even though I hadn’t been there for about two decades, I’m pretty sure I would have been one of the goons who lined-up for hours to procure one last taste of history. (Which makes me wonder–why did the news outlets wait until the eatery had actually closed to cover the closing??? Or was I just too busy with the Olympics to notice anything else happening, even right under my own nose?)

All that being said, I predict that the Laugh Factory will take over the space. That comedy club has been growing in fame and popularity in recent years, and besides, Greenblatt’s is not an ideal location for a restaurant. Even though there are a few parking spaces in the back, it’s not an easy area of Sunset Boulevard to deal with. No one is ever tempted to just stop on that short street and run in to an establishment for something, especially with much easier-accessed mini-malls across the street two ways. 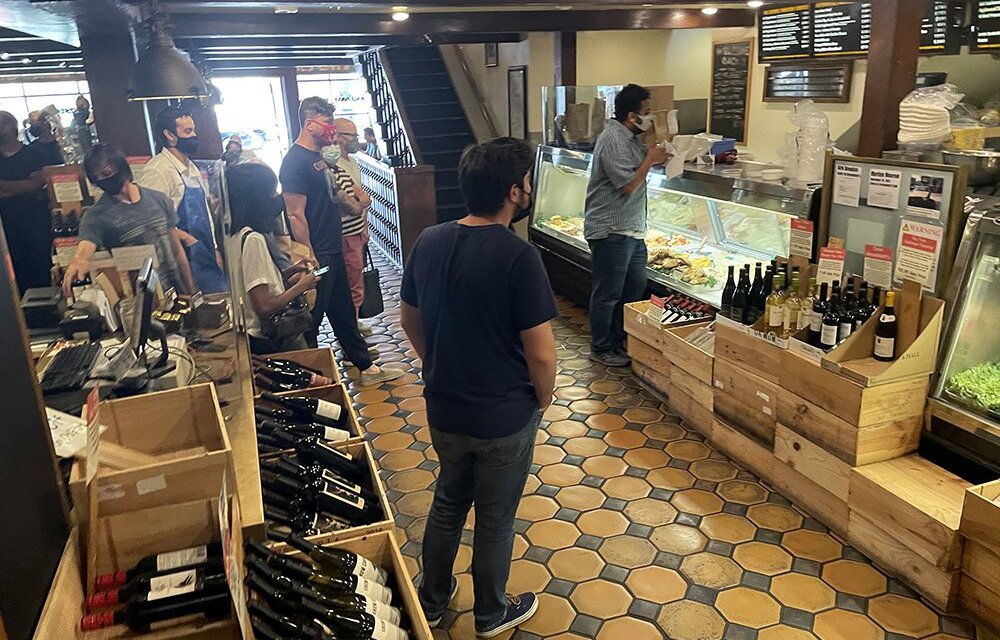 The many patrons grabbing one last taste of Greenblatt’s on its final day of business. (But what is that guy on left doing?)

My last thought on the situation is that now that I’ve paid final tribute to the place, it may suddenly re-open, as the Beverly Hills deli, Nate ‘N Al’s, did last year, shortly after my article about its closing was published. And I’ll be glad to be of service once again.

If not, R.I.P Greenblatt’s Deli. You had a run for the ages!