Trending
You are at:Home»DANCE»DANCE/TELEVISION/KAREN’S RANTS: DANCE SHOW DRAMAS AND DISAPPOINTMENTS
By Karen Salkin on May 5, 2022 · DANCE, KAREN'S RANTS, TELEVISION

With the season premiere of So You Think You Can Dance upon us this month, and new reality dance series Come Dance With Me having recently debuted, I figure this is the perfect time to discuss a quartet of popular or new dance shows.

After a two-year pandemic-induced hiatus, the daddy of all TV dance series is returning. So for us dance lovers, that seems like it would elicit a “yay,” correct? 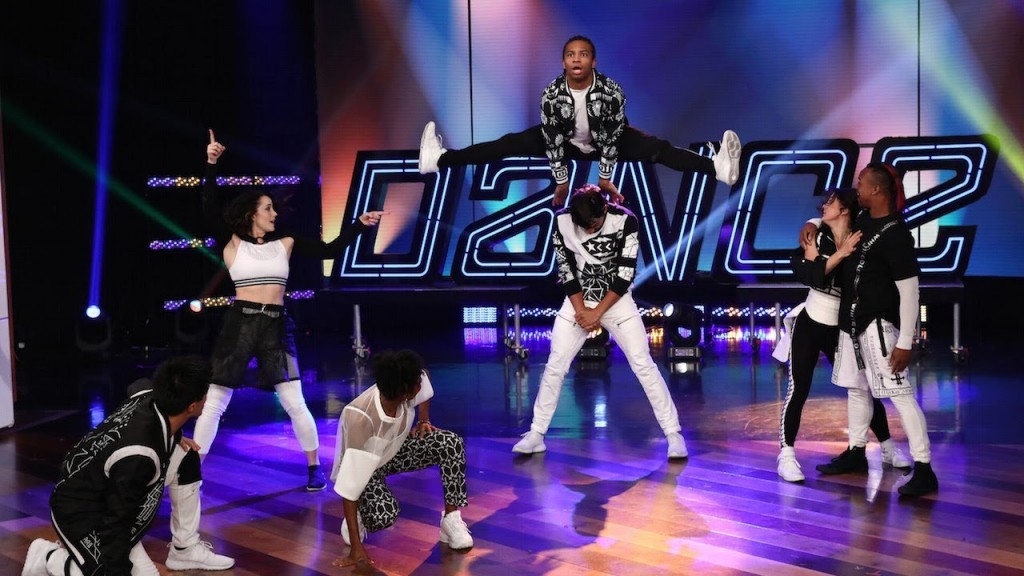 A group of former SYTYCD contestants.

But no–the show just ruined itself, even though I will always love the incredible dancing. The ruination is by completely overhauling the judging panel. (But, of course, they kept the uber-annoying host, Cat Deeley. What is wrong with these people???)

I’m happy to see some younger judges than the usual ones, but this is the worst panel of judges ever!!! I can’t even listen to JoJo Siwa’s horrible voice, which is the closest thing to nails on a chalkboard that I’ve ever experienced. And she definitely should not be judging people her own age, most of whom are much better dancers than she is!

And I used to be a fan of Twitch, but he’s just annoying and full-of-himself now. Actually, all three of the new ones, (Glee‘s Matthew Morrison completes the group,) are full of themselves. They’ll make everything about them, not the dancers.

If Mr. X and I even still tune in, we’ll have to skip over the judging and just watch the dancing. It’s the only way.

For you social media mavens out there, the show recently tweeted: “SYTYCD is back and better than ever!” To which I tweeted back: “I think you meant WORSE than ever, not BETTER. The only change that should have been made is a less phony host! You guys really got it all wrong.” I love that someone named Popnlok answered my tweet with: “You’re so right. This show educated us and elevated dance because of the excellent judges that guided us. We waited to get our show back and we deserve to have our judges. They can work in Jojo over time.”

Let’s hope the producers come to their senses before the next season!

ABC doesn’t want to use the term “cancelled” for their precious Dancing With The Stars. So they’re trying to make it sound like they’re giving it a wonderful promotion! But taking it off network TV and moving it to Disney+, the streaming service of their parent company, is a disservice to everyone concerned.

Yes, the show has strayed far from its title promise for about a decade now—there are rarely any “stars” competing anymore, (if there even ever were any real ones to begin with!) On top of that, getting rid of the witty and popular-since-day-one host, Tom Bergeron, a couple of seasons ago was the bozo move of the century. (And I actually do mean “century” in this case!) Recent co-host Erin Andrews is disgusting, (so I hate when people lump her firing in with Tom’s,) but they didn’t need her at all—there had been a long-time revolving door on that gig, with Erin being the worst one, by far. (They should have given the job to amusing Leah Remini, of whom I was never a fan until she filled-in in that spot a couple of times; she was perfect for it.) 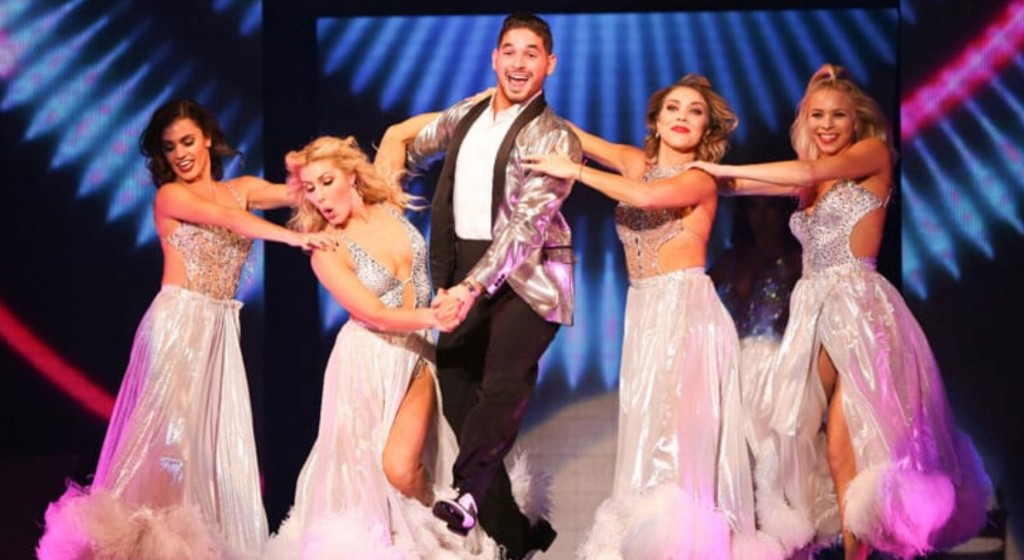 Some of the DWTS pros.

But DWTS was moved to streaming because of its uber-low ratings, which I truly feel is due in a big part to Tyra Banks being the host for the past couple of years. She acted like the gig was still her failed talk show, which she was never good at to begin with. Her crazy slow speech and inane chatter with the contestants were unbearable!

[Note: This is what I wrote about her in a previous article, ahead of last year’s premiere: “It’s hard to watch Tyra. I’m not the only one who says so—I’ve seen thousands of complaints about her on social media, but the producers, (one of which she is,) don’t seem to get it. It’s like she’s holding their families hostage!

“On top of her annoying speech patterns, and trying to make every single second of the show about herself, how was that woman ever a model? She has pretty eyes, but she is uncomfortably gigantic, and I’m not talking about tall. And she thinks that when she changes from one hideous Volkswagen-size wrinkled gown to the next, there’s even one person out there who cares. Let me assure her—there is not.”]

Here are the ratings scoops on DWTS: 2005’s Season 1showed a 5.1 rating in the very coveted young person demographic, and had a whopping 16.79 million average total viewers. Compare that to last season’s 0.74 rating and 4.89 million total viewers! That’s a shocking decline in viewership.

Even though Walt Disney Television’s Chairman of Entertainment, Dana Walden, has tried to spin the move by saying, “This is a great opportunity to introduce this show to a whole new generation of fans on Disney+,” everyone will lose out. Besides that not everyone has a streaming service to being with, let alone want to pay for Disney + on top of it, I have a feeling all the salaries will be much lower on this platform, and therefore, will some of the judges, (with London-based Len Goodman and always-sought-after Derek Hough being the only ones who matter, in my opinion,) and pro dancers even still sign-up to not be on network TV anymore?

Also, there will be far less exposure for the nobody contestants who do the show, hoping against hope that it will raise their show business profiles and they can get some great after-gig, as it did for previously long-forgotten Mario Lopez, Bachelorette Kaitlyn Bristowe, (who wound-up hosting the “dating” show after her DWTS win,) and child star Ralph Macchio, whose Karate Kid got a grown-up reboot as Cobra Kai after his appearance. So all those opportunities will most likely vanish, as well.

But the ones who will suffer the most are the geriatric viewers! That’s DWTS‘ main audience; let’s not pretend otherwise. Many of them have just gotten used to using their cable remotes! There’s no way they’ll be able to learn, (and in many cases, afford,) the whole Apple TV or Roku systems! Heck, with Mr. X and my busy schedules, even with him always being in the forefront of technology, (we were the first to get a real gigantic satellite dish, the one used by public places such as bars and restaurants, in the back of our house, waaaaay before Dish and Direct TV were even conceived,) we didn’t get Apple TV until during the pandemic, just to watch Hamilton! So I can just about guarantee you that the DWTS audience will go down even further this upcoming season.

COME DANCE WITH ME

This almost-charming but annoying reality dance show premiered almost a month ago. There have been four episodes to date, but, so far, Mr. X and I have been able to get through just one and a quarter. We love dance, in general, but that’s really only a small portion of this nonsense.

In case you’re not familiar with the new competition show Come Dance with Me, (and good for you if you’re not,) the concept is this: Kid dancers, (eight to fourteen years old,) team-up with one of their parents, who supposedly has no dance experience whatsoever, to perform a choreographed routine before a trio of judges. (More on them in a sec.) Their scores determine which pair goes home each week. 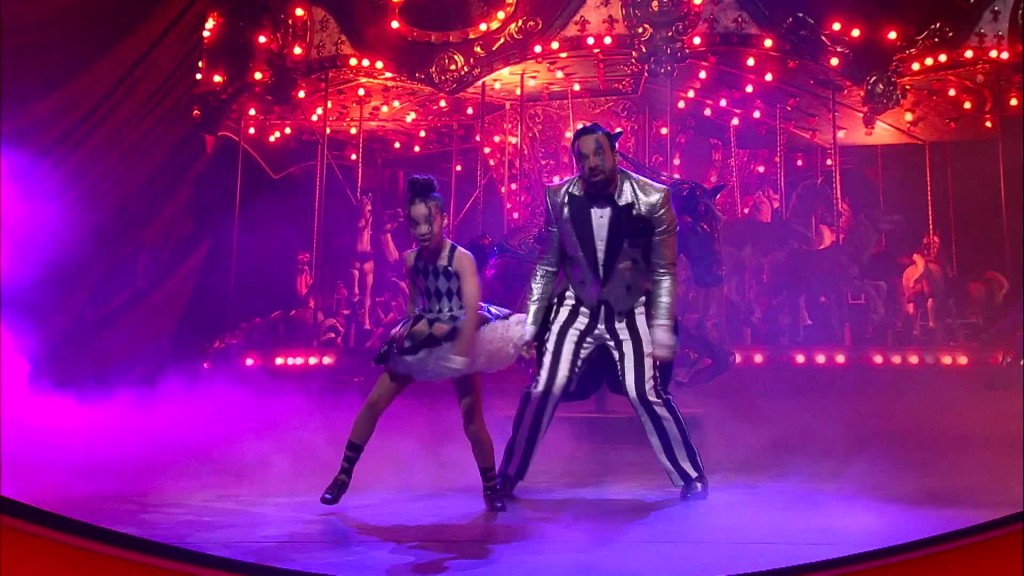 The best duo, so far, on CDWM.

At the end of each performance, the judges each blow smoke up the contestants’ butts, and then…give them a low score! And everyone has to cheer about it. It’s just nutty! (For example, they’ll say, “That was amazing! You guys are stars! I give you a 6.5.” And that’s out of 10!!! So, not amazing at all.)

And then they give the pair who just danced tips of how to best perform the dance they just did, when they’re never going to do it again!!!

Then there’s the Queen for a Day aspect. The team will get a higher score if a grandmother just died or a parent says he or she is in pain. You know—how it works on America’s Got Talent. 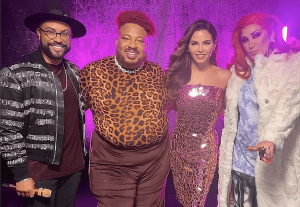 As for the judges, Jenna Dewan is legit, (and has been very famous in the world of dance for more than sixteen years!,) and Tricia Miranda has real choreographing credentials, even though most of us have never heard of her. But what exactly is Dexter Mayfield’s claim to fame in the dance world? Being a plus-size guy with fabulous make-up who people put in their music videos as a novelty? He might be a lovely person, but that does not give him any dance expertise.

I just saw an ad for this upcoming network stupidity, and I’m not going to waste any of our time on it, neither watching nor discussing.