Trending
You are at:Home»DANCE»DANCE: COMPLEXIONS CONTEMPORARY BALLET AT THE WALLIS
By Karen Salkin on April 22, 2022 · DANCE

COMPLEXIONS CONTEMPORARY BALLET AT THE WALLIS

I was almost giddy walking into the Wallis again after all this time. There have been so many programs I would have loved to see at my favorite theatre since they re-opened, (along with much of the rest of Los Angeles,) a few months ago, but I’ve had to pass because I’ve still been a tad hesitant to be around strangers.*

But when I discovered that Complexions Contemporary Ballet, a dance company that features, (as the moniker exactly states,) ballet mixed with contemporary dance, I was in. [Note: It was a three-night engagement last week, so obviously it’s too late to see this company at the Wallis this go-round, but I still wanted to make you aware of them.]

*On a side note, I must laud the Wallis for still checking vaccination cards on the way in, and requiring mask-wearing except when outside, where guests often mingle before the show and at intermission. I really appreciate all that looking-out for the health of their patrons.

Complexions Contemporary Ballet was founded by Dwight Rhoden, (who choreographed this show,) and Desmond Richardson, of whom I feel like I’ve always known; his work on So You Think You Can Dance cemented my fandom. 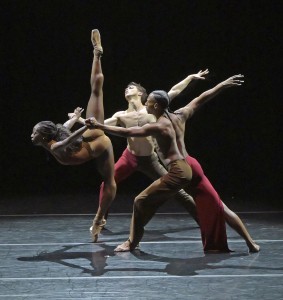 So I was a bit surprised to find that this particular show of theirs, for the most part, was just not my cup of tea. I have to be honest and say that I’m pretty much over contemporary dance at this point, while at the same time, I’m perhaps more in love with ballet than ever! I’ve been watching lots of videos of all kinds of ballets recently, and I’m still always amazed by the art. So I was a tad disappointed in this presentation; because of their moniker, I was expecting it to be more ballet than contemporary. But that is seriously just me. The audience I saw the show with went wild for both halves.

And I still appreciated seeing basically contemporary choreography that featured the ladies performing on toe. I was so grateful to see people on pointe so close-up, (because that’s what the Wallis affords us in just about every seat.)

And let me tell you, this is one supremely talented company!!! Every single dancer gave it his or her all every second they were out there. And I could tell they each live for their art. On a very envious note, there was about two percent body fat in total among the eighteen dancers! My friend, Marc, kept whispering that he had to go to the gym the next day because of them. (Yeah, like that one day will make him look like those paragons of body beauty!!!) 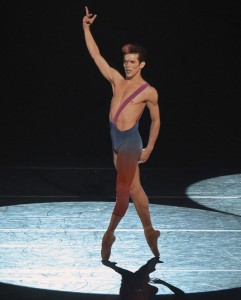 Getting to see the amazing Serafin Castro dance en pointe in Star Dust, (Complexions Contemporary Ballet’s tribute to David Bowie,) was, by far, the highlight of the evening for me!!! I cannot tell you how rare it is for a male to do toe dancing. (It’s been happening a teeny bit more in recent years, but is still uncommon.) I’ve never seen that done in person before, so this was indeed a treat. Serafin’s performance was stunning!  I literally gasped with his every move.

In that same section, watching some of the females just walk slowly en pointe for a little bit was another one of my favorite parts of the evening. There was something so surprising and beautiful about that one small action; I’m used to seeing dancers spin and leap in their toe shoes, as opposed to just strutting it out.

I’m not a rabid David Bowie fan, so I was a bit apprehensive when I noticed in the e-program* that the entire second half was comprised entirely of his music. However, I appreciated all of the choices, especially Young Americans, which I do love. But the entire time I kept wondering where Let’s Dance was. It turned-out that they saved it for the curtain call, to get the whole audience up and moving and grooving on their way out. But I really think it would have been the better choice to use at the outset of that part of the program because, as it says right in the title, they’d be requesting to start the dance!!! So I think they missed the mark a tad on that song placement.

*[Note: There are no more paper programs at the Wallis, at least for now. I hope they bring them back soon because many people, especially their older patrons, don’t like to read things on their phones.]

As much as I loved the dancing in that half of the show, and enjoyed the music enough, there was one aspect of Star Dust that I absolutely loathed—each song featured one of the dancers lip-syncing along. It was a huge part of the choreography, but it took so much focus away from the actual dancing. One thing you learn as a dancer, early on, is to not sing along with your music. It’s so hard to keep your lips still if your music has lyrics, but doing so has always been frowned upon in the dance world. (And in the figure skating world, as well, just fyi.) So this bit of creativity was really jarring, especially the one guy who spewed his saliva with every word!!! Even non-dancing, omni-appreciating Marc kept whispering that he was hating that part. 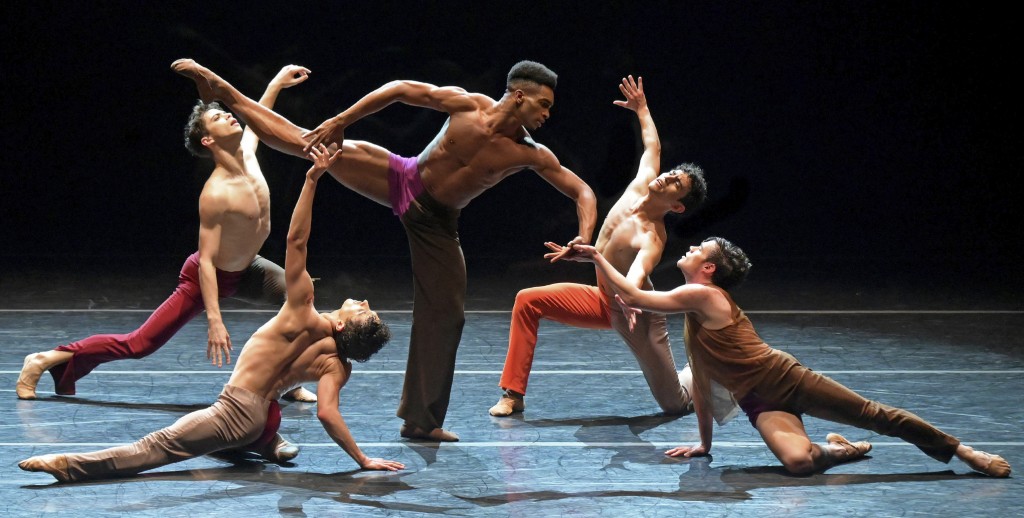 There were two technical aspects to this performance that I also didn’t love. One is that the pants on most of the males in the first number, Snatched Back from The Edges, (and a bit in Star Dust, as well,) had one long leg and one groin-length one. I found that non-symmetry to be very distracting. (But again, it might be just me.)

But much worse than that was the very dark lighting. When I encounter darkness like that in any theatre production, first I worry that I’m experiencing the “prognosis negative” that Bette Davis does in Dark Victory, (look it up,) and then I start falling asleep. I always want to see the performers’ work in the best light.

Despite these peccadillos, I feel that all dance aficionados should take any opportunity to experience the superior talents of all concerned with Complexions Contemporary Ballet. Especially the next time they appear at the Wallis.

To make sure that you never miss any of the wonderful upcoming happenings at the Wallis, please check-out their schedule right here: www.thewallis.org